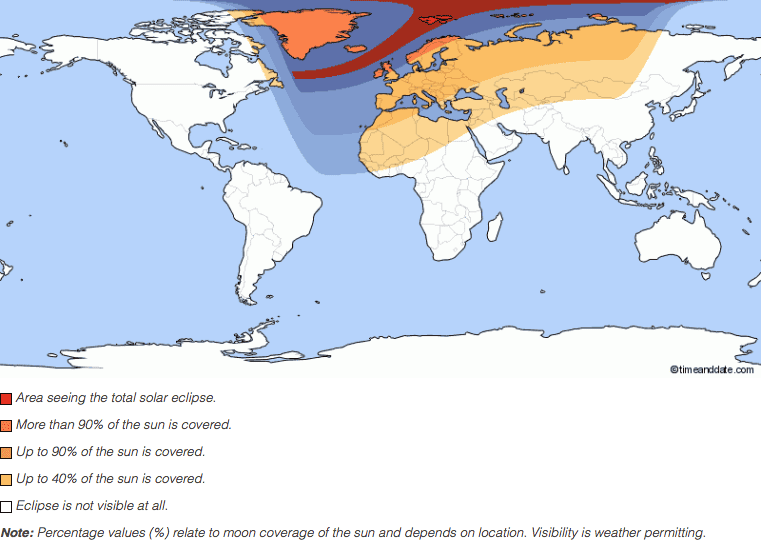 35,000 megawatts of electricity from the grid.

By comparison, a typical coal plant in the United States generates about 600 megawatts. The European Network of Transmission System Operators for Electricity (ENTSO-E) calls the eclipse an “unprecedented test for Europe’s electricity system,” according to a report in the Financial Times (via MSN)

The concern over the event is unprecedented. With 3% of Europe’s electricity coming from solar power, the eclipses takes on a new significance.

Energy companies in Europe have been preparing for the eclipse for a year. There is a network of contacts among control rooms all over the continent, hoping to respond more effectively to problems such as power outages caused by the eclipse.

Timeanddate.com has a good page with details of the eclipse here.

Originally published by Cosmos as Solar industry braces for eclipse that will take 35,000 MW off the grid