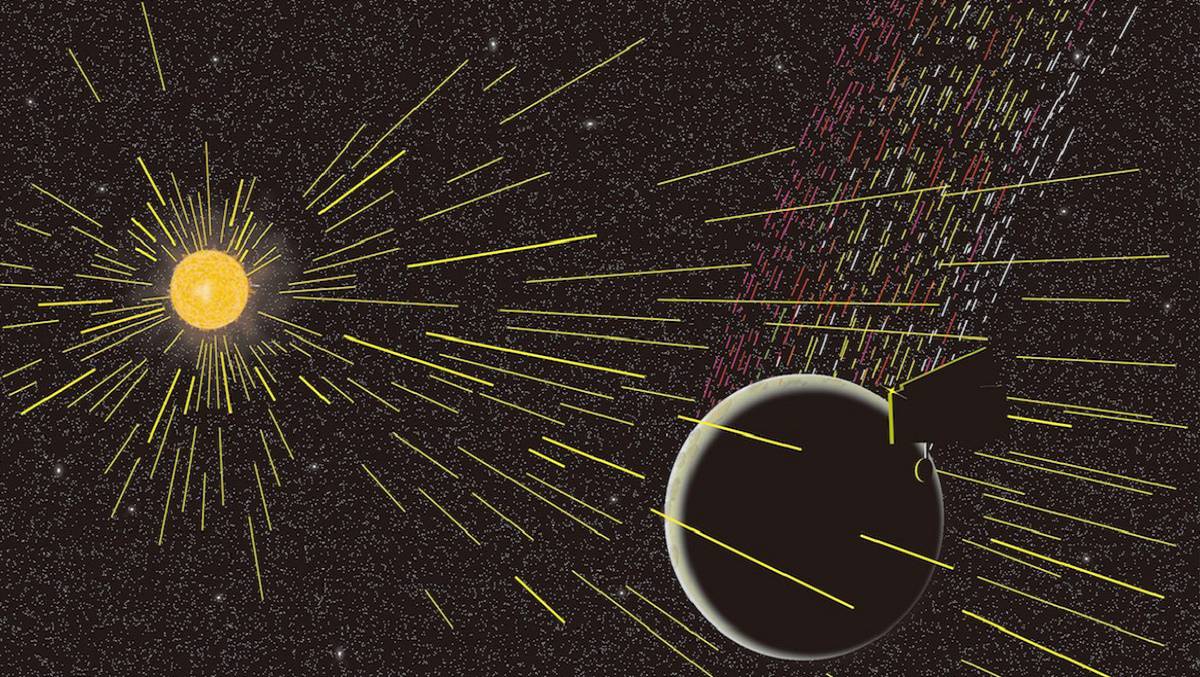 Given that the prevailing theory for the Moon’s formation strongly relies on the notion of a volatile-depleted modern Moon, they say, these findings could have far-reaching implications for our understanding of how it actually came to exist.

“Our estimates demonstrate that indigenous carbon exists over the entire Moon, supporting the hypothesis of a carbon-containing Moon, where the carbon was embedded at its formation and/or was transported billions of years ago,” they write in the journal Science Advances.

Lead author Shoichiro Yokota, from Osaka University, says early analyses of samples from the Apollo lunar missions led scientists to believe that volatile elements were a thing of the Moon’s past. However, analyses in the last decade have challenged this “dry” Moon hypothesis, revealing the presence of volatile water and carbon in volcanic lunar glass.

To assess whether indigenous carbon exists on the present-day Moon, Yokota and colleagues used a map of lunar carbon ion emissions derived from observation data taken by the KAGUYA lunar orbiter over 18 months.

Speculating that there may be an additional, external source for the carbon emissions observed by the orbiter, they estimated the average carbon atoms from the solar wind (the flow of charged particles from the Sun) and from collisions with volatile-rich micrometeoroids, both of which supply carbon to the Moon.

They determined that neither source is capable of supplying the quantity of carbon atoms the Moon regularly emits.

They also report regional differences in lunar carbon ion emissions, with the Moon’s large, basaltic plains emitting far more carbon than the highlands – differences they say can best be explained by ancient stores of carbon rather than contributions from outside sources.

Yokota and colleagues say their study also suggests that volatile particles emitted from other small bodies in the Solar System could be effectively observed using ion instruments.

“We, thus, plan to perform secondary ion observations around Mercury and Phobos during the BepiColombo/Mercury Magnetospheric Orbiter and the Martian Moons eXploration missions, respectively,” they write.