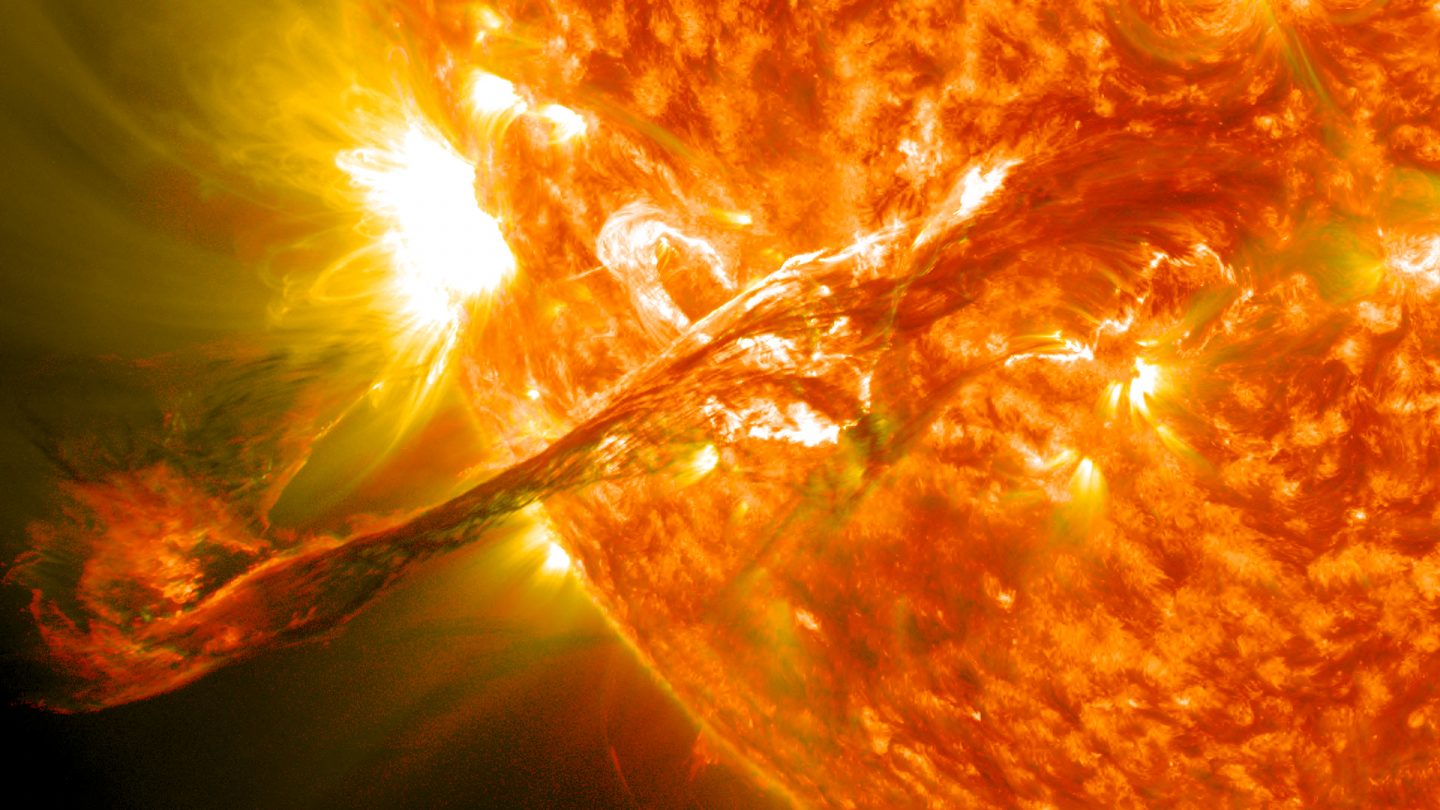 An enormous coronal mass ejection that occurred on 31 August 2012.

Sunspots have puzzled astronomers for centuries, and the more recent discovery of solar flares and coronal mass ejections (in which huge amounts of plasma are flung from the Sun’s corona) have likewise maintained their mystery. The three phenomena are no doubt related, however, and scientists are slowly putting together the pieces with the aid of high-tech observations and mind-bogglingly complex computer simulations.

Below are some of the more interesting recent discoveries.