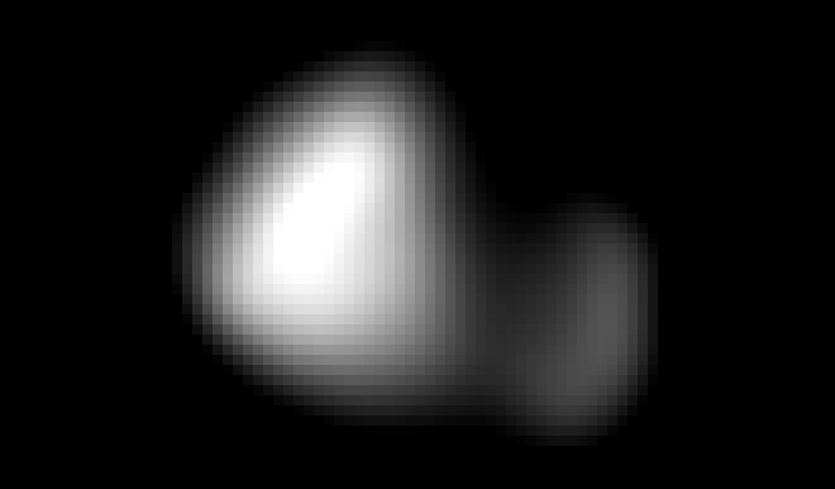 NASA has completed the family portrait of Pluto and its moons with images of the tiny Kerberos sent back to Earth this week by spacecraft New Horizons – and it is nothing like what scientists were expecting. The satellite is small with a highly-reflective surface, rather than massive with a dark surface, as had been theorised.

Its unusual shape could be the result of a merger of two smaller objects.

Hubble Space Telescope images in the past have been used to “weigh” Kerberos by measuring its gravitational influence on its neighbouring moons. That influence was surprisingly strong, considering how faint Kerberos was. They theorised that Kerberos was relatively large and massive, appearing faint only because its surface was covered in dark material.

But the small, bright-surfaced Kerberos revealed here shows that the idea was incorrect, but scientists do not know why.

“Our predictions were nearly spot-on for the other small moons, but not for Kerberos,” said New Horizons co-investigator Mark Showalter, of the SETI Institute in Mountain View, California.