Kirsten Banks grew up in Sydney’s Northern Beaches with a fascination for weather and meteorology.

With encouragement from her engineer grandfather, she became interested in aerospace engineering. But when the time came to choose a degree course at the University of New South Wales, she opted for physics, using the discipline to expand her interests beyond Earth’s atmosphere and into the deeper reaches of space.

Now in her third year of study, Banks’ interests are focused on star formation and planetary geology. Her motivation is to explore places humans might one day live.

But a fascination with astrophysics isn’t the only thing fuelling her interest in the night sky. Another factor, just as important, became evident after she completed high school.

“I always knew I had Aboriginal heritage on my father’s side, but I didn’t know much about it,” she explains.

“When I examined my family history more closely, I discovered my ancestors are Wiradjuri. I was given the contact number of an elder to learn more, who turns out is my great aunty.”

Wiradjuri is one of the largest language groups in Australia, spread across communities throughout central New South Wales. Research reveals a wealth of traditional star knowledge stretching back thousands of years.

The Wiradjuri share similar traditions with the nearby Kamilaroi of northern New South Wales. In Kamilaroi traditions, the rising of the celestial emu, known as Gawarrgay, at dusk signals the time the female birds begin laying eggs.

Later, when Gawarrgay is high in the sky, it means male emus are sitting on the nests incubating them. When the celestial emu is perpendicular to the horizon, the chicks begin hatching.

As a child, Banks had learnt a few Dreaming stories, but not in any real depth. When she learnt about the Emu in the Sky, she became fascinated. This inspired a new quest for Banks – to share the astronomical knowledge of her ancestors.

“For tens of thousands of years, Aboriginal people have been using the stars for so many cool things,” she says. “It blows my mind. I love sharing that knowledge with other people.”

Her passion for astronomy and pride in her heritage enabled her to take a position at Sydney Observatory as a guide, where she leads public tours for mainstream and Aboriginal astronomy programs.

Banks plans to complete a PhD and says learning more about the universe is the driving force behind her desire to pursue a career in science communication. She especially enjoys cultivating interests in astronomy among young girls.

“I love to see their eyes light up and say ‘Wow!’” she laughs. “There’s no feeling quite like it.” 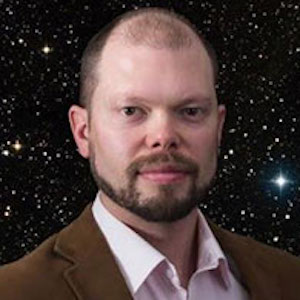