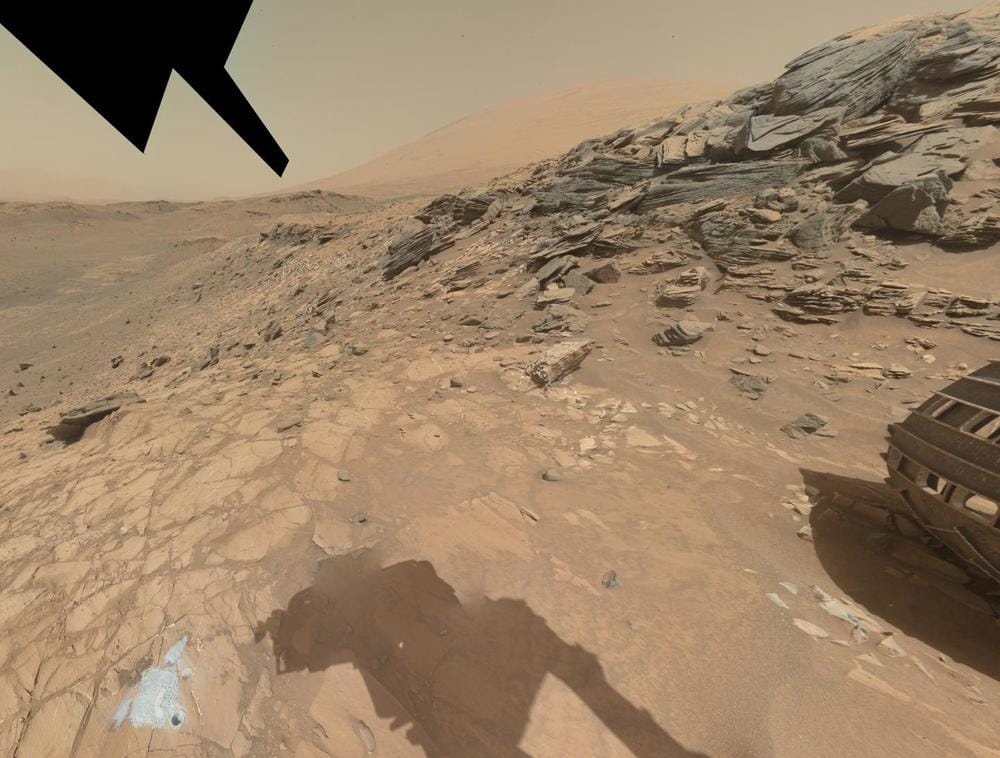 Curiosity rover has found much higher concentrations of silica at some sites the rover has investigated in the past seven months than anywhere else it has visited since landing on Mars 40 months ago, NASA says.

Silica makes up nine-tenths of the composition of some of the rocks.

“The high silica was a surprise,” said Jens Frydenvang of Los Alamos National Laboratory, the University of Copenhagen, and a Curiosity science team member.

“While we’re still working with multiple hypotheses on how the silica got so enriched, these hypotheses all require considerable water activity, and on Earth high silica deposits are often associated with environments that provide excellent support for microbial life. Because of this, the science team agreed to make a rare backtrack to investigate it more.”

The first discovery was as Curiosity approached the area “Marias Pass,” where a lower geological unit contacts an overlying one.

Also baffling is that one deposit of silica at a rock dubbed “Buckskin”, pictured above,  is in a mineral named tridymite, which is common in New Mexico but rare elsewhere, and never before seen on Mars.

The usual origin of tridymite on Earth involves high temperatures in igneous or metamorphic rocks, but the finely layered sedimentary rocks examined by Curiosity have been interpreted as lakebed deposits.

There are two main hypotheses to explain the recent findings on Mount Sharp, both of which require water.

The first suggests that acidic water could have carried other ingredients away and left silica behind.

The second is the possibility that alkaline or neutral water could bring in dissolved silica that would be deposited from the solution.

Curiosity has been studying geological layers of Mount Sharp, starting from the bottom, since 2014, following two years of productive work on the plains surrounding the mountains.

For more on this mission see Martian Milestones.