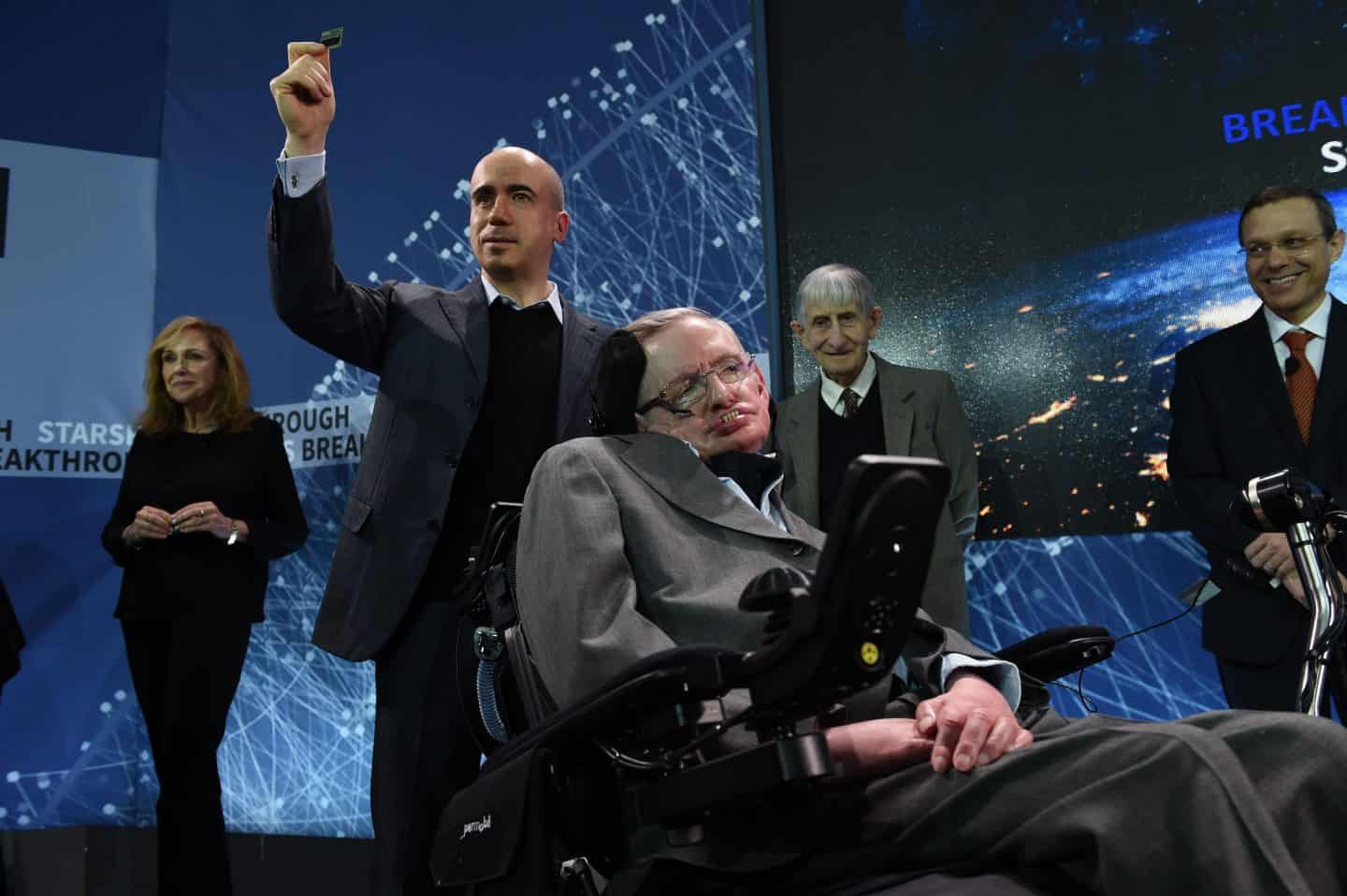 When humans finally venture into interstellar space, the place we are most likely to go first is the sun’s closest neighbor, Alpha Centauri. Not only is it nearby, by interstellar standards, but it is a collection of three stars, allowing us to explore a trio of possible planetary systems for the price of one.

“It’s a no-brainer,” says Thomas Ayers, an astronomer at the University of Colorado, Boulder, who spoke at a meeting of the American Astronomical Society in Denver, Colorado.

In fact, Ayers says, there’s a proposal called StarChip, backed by the late Stephen Hawking, to send a swarm of microbots to the trio before the end of this century. Propelled by laser light sails, these tiny robots would reach speeds high enough that even though Alpha Centauri is 4.3 light years away, they could get there within 25 years.

But what are the chances that such a probe would find planets suitable for life?

At the moment, we don’t even know whether any of the stars has an Earthlike world within its habitable zone – the so-called ‘Goldilocks’ region that is neither too hot nor too cold for liquid water.

But even if there are planets within at an appropriate distance from the star, that isn’t the only thing that would make them habitable. {%recommended 7164%}

Space weather has to do with high-energy emissions from the star. Powered by solar flares and similar events, it can produce bursts of radiation that, in our own solar system, can endanger astronauts and disrupt communications, power grids, GPS, and other devices that form the backbone of modern civilization.

But that’s here, with our own fairly tame star. Elsewhere, such events could produce radiation storms that might sterilise planets or strip away atmospheres before life even has a chance to evolve to the point where there would be anyone to worry about the destruction of the internet.

Some stars have storms over 1000 times more powerful than anything our sun has thrown at us during human history, says Sofia Moschou, a high-energy astrophysicist at Harvard-Smithsonian Centre for Astrophysics in Massachusetts, US.

In determining a stellar system’s habitability, she says, “we really [need to] start taking into account space weather”.

In the case of Alpha Centauri, Ayers says, that leads to different conclusions for each of its three stars.

“Two stars have space weather environments that are very similar to environments we see around our own sun,” he says. “And one is really, really bad.”

Ayers’ conclusions come from NASA’s Chandra X-ray space telescope, which has measured X-ray emissions from Alpha Centauri off and on for nearly two decades.

AC-A, the largest of the three, appears to produce milder space weather than does the sun. AC-B is about five-to-six times higher in X-rays.

“Its hazard is higher than the sun, but not crazy high,” Ayers interprets.

AC-C is an entirely different matter. Not only does this small star produce a lot of X-rays, but it is dim enough that the only way planets can be in the habitable zone is in orbits so close in that they would be periodically hit by massive doses of them.

“Planets in the ‘habitable zone’ around [Alpha Centauri C] receive an average dose of X-rays about 500 times larger than the Earth, and 50,000 times larger during a big flare,” Ayers says.

“You would not want to go there unless you were wearing a big lead suit.”