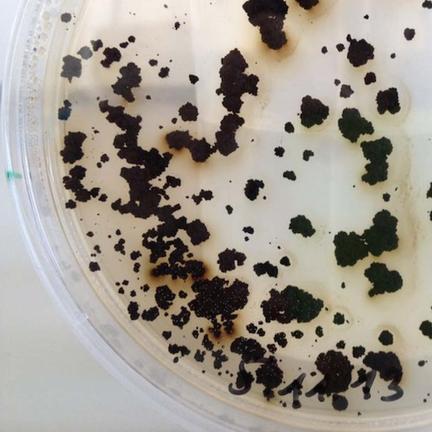 Tiny fungi native to Antarctica have survived more than 18 months on the International Space Station under conditions similar to those on Mars. The experiment has increased speculation that we may yet find primitive organisms, or evidence of their previous existence, on the Red Planet.

Researchers collected the fungi from McMurdo Dry Valleys in Antarctica’s Victoria Land, a region with one of the most Mars-like environment on Earth. Cryomyces antarcticus and Cryomyces minteri are extremely stress-tolerant and survive nestled in the cracks of rocks.

The fungi were installed in a research platform attached to the outer hull of the ISS’s Columbus module. It contains climate controlled cells designed to test how biological samples survive under space or exoplanet-like conditions.

There they were exposed to a Martian-like atmosphere of 95% CO2, exposed to intense UV-radiation at a pressure a hundredth that on Earth.

At the end of the 18-month experiment, more than 60% of the fungal cells stayed intact. And even though less than 10% of the cells could proliferate, “the stability of their DNA was still high”, the study’s co-author Rosa de la Torre Noetzel, of Spain’s National Institute of Aerospace Technology, said.

The results, published in Astrobiology, will help to scientists understand how life, or the traces of it, might be preserved in the Martian environment.

A follow-up experiment testing how Martian soil might protect microbe survival is currently underway at the ISS.

Looking for life in salty Martian streams
Did our DNA arrive from space?