Home ■ Space ■ Falling back to Earth 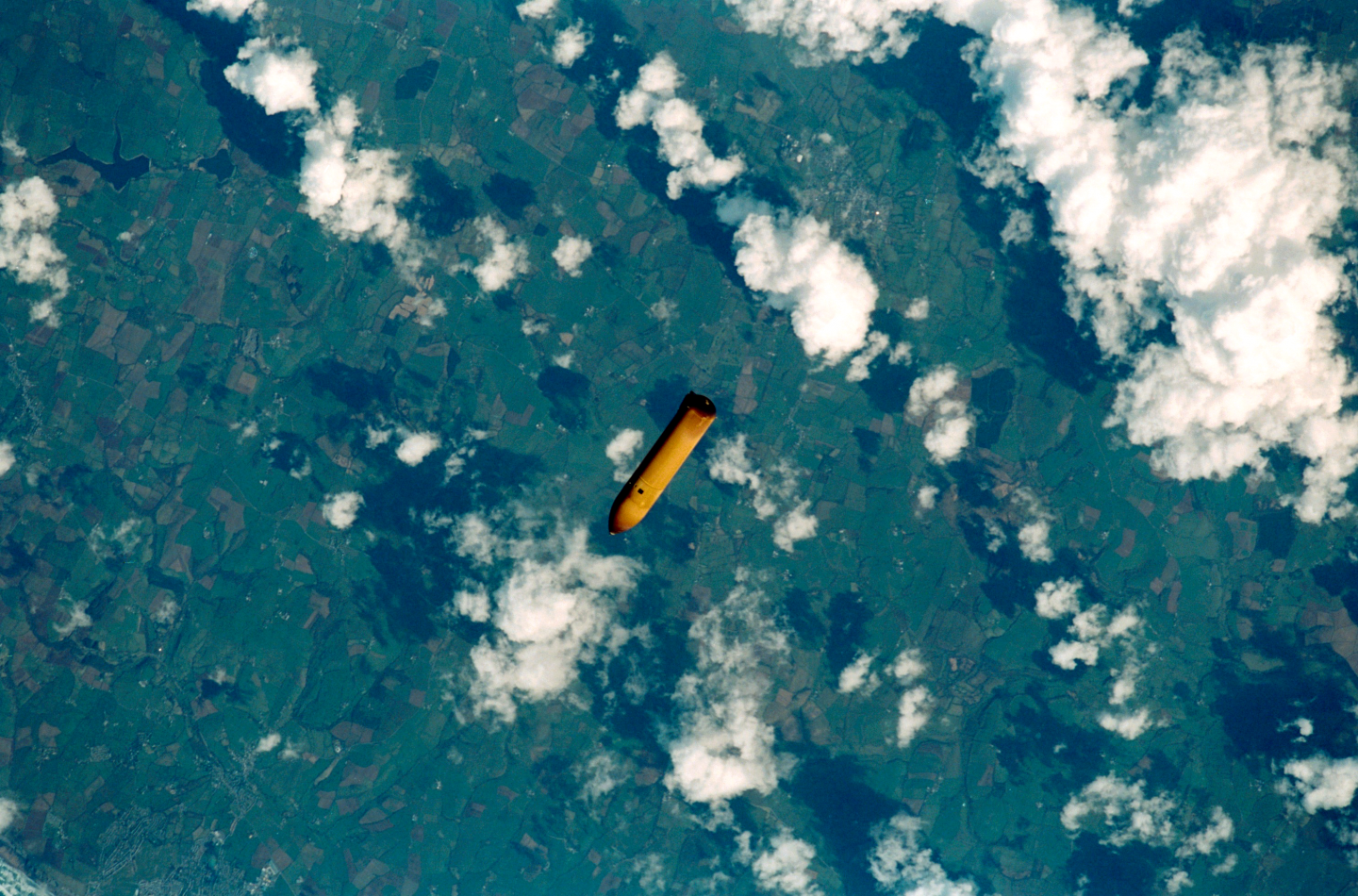 On 8 March 2001, the space shuttle Discovery took off from the Kennedy Space Centre in Florida on mission STS-102, a rendezvous with the International Space Station.

The first three-person resident crew of the ISS, known as Expedition 1, had been living on the space station since November of the previous year, and it was time for them to come home.

Aboard Discovery were the three members of Expedition 2, ready to swap with their counterparts. A similar handover has now happened 53 more times – the ISS has been continuously inhabited for more than 17 years, with the 6-person Expedition 55 now in residence.

The photo shows the rocket’s large external fuel tank falling back to Earth at the end of the launch phase of the STS-102 mission, somewhere over western Europe.