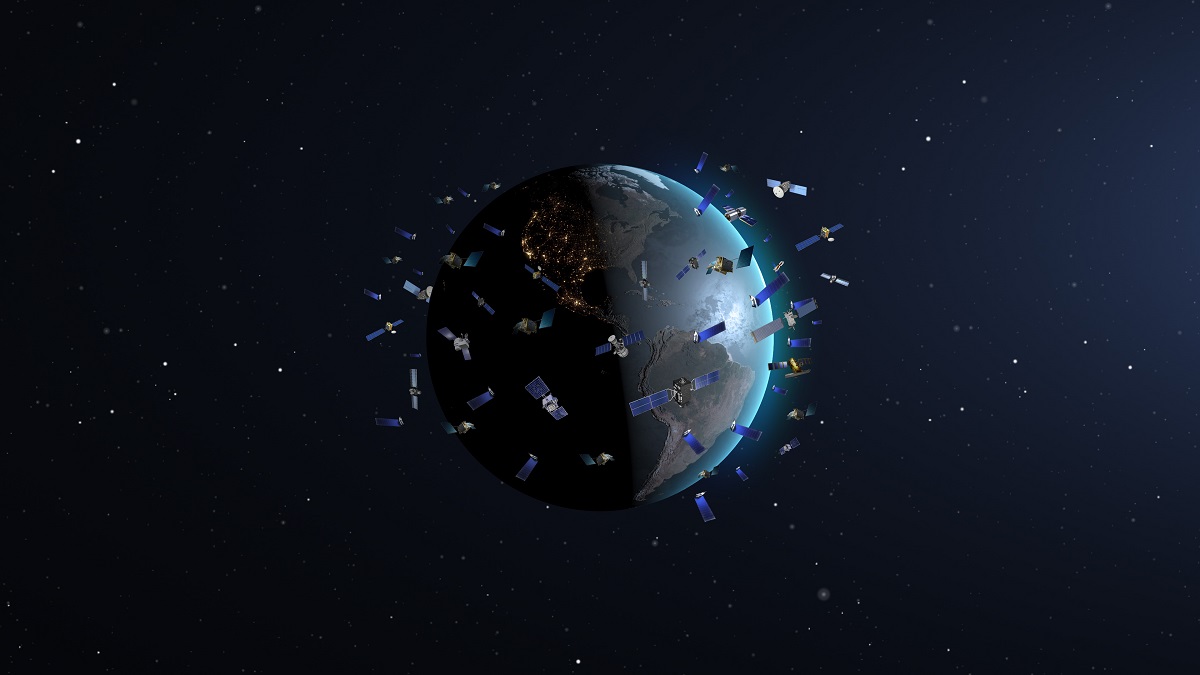 Astronomers worried about having their observations affected by the bright trails of satellites streaking through their images face a difficult problem with no easy solution, scientists and engineers say.

“Astronomers have been concerned for many decades about light pollution – where light from towns and cities reflects off the atmosphere and into their instruments,” says Phil Puxley from the Association for Universities for Research in Astronomy, US.

That’s why new telescopes are generally built in remote locations with the darkest possible skies.

But with giant “constellations” of new satellites expected to be launched in the next few years, including SpaceX’s Starlink program (which has already orbited about 540 new satellites so far this year and is expected to launch another 360 or so by the end of December), it will soon no longer be possible for astronomers to escape into ever-more-remote locations. “There is no place to hide,” Puxley says.

Nor will there be any part of the sky that won’t be filled with enough bright, moving dots to substantially interfere with astronomical observations.

A team led by Patrick Seitzer, an astronomer at the University of Michigan, has calculated, for example, that a single one of these constellations – a 47,000-satellite plan by OneWeb to provide space-based Internet service – will mean that astronomers studying one of the Southern sky’s iconic objects, the Large Magellanic Cloud, will find that every 30-second exposure will have at least one satellite trail passing through it. “That is a great challenge for astronomers,” he says.

Furthermore, says Richard Green of the University of Arizona’s Steward Observatory, these challenges are arriving very quickly. “There is a rapid phase change where nighttime images without a satellite will no longer be the norm,” he says.

Adding to the problem is that astronomers are in the process of building a new set of giant ground-based telescopes, far too big to be moved into space, away from the clutter. These include the 9-metre Vera C Rubin Observatory, scheduled to go online next year, and even larger, 30-metre telescopes coming on line in the next decade.

Worse, some of these telescopes are designed to conduct large sky surveys that require both wide fields of view and the ability to see dim transient objects of potential interest to astronomers. “The Rubin Observatory is making a digital moving picture of the Universe, so it’s a perfect machine to run into these things,” says Tony Tyson, an astronomer from the University of California, Davis, who is the Rubin’s chief scientist.

“All optical and infrared observatories will be affected by some degree,” he says.

To address this problem, the U.S. National Science Foundation (NSF) and the American Astronomical Society (AAS) convened a workshop this northern summer called SATCON1, which included Puxley, Seitzer, Green, Tyson and 250 other scientists, engineers, astrophotographers, and dark-sky enthusiasts, including representatives of national and state parks.

SpaceX was also involved, and was praised for its cooperation. “SpaceX has set an excellent example of a collaborative effort between the industry and astronomy,” says Jeff Hall, director of Lowell Observatory in Arizona. “This has been a really collaborative and cooperative process,” he adds.

The result of that workshop is a report to the NSF, unveiled in a Zoom meeting conducted by AAS.

The basic finding, says Connie Walker, a scientist at NSF’s NOIRLab in Arizona was that no feasible combination of control measures can eliminate the impact of the new satellite constellations on astronomy.

But there are several measures that could help immensely.

The simplest is to darken the satellites. SpaceX has already tried this with a Starlink satellite called DarkSat, which was modified to make it less reflective. Viewed from the ground as it passed overhead, it proved to be only 40% as bright as otherwise similar Starlink satellites, says Lori Allen, also of NOIRLab. That’s definitely a good start.

Also important, the report found, is to orient satellites to be edge-on when seen from the ground, and to design them to avoid having shiny surfaces positioned in such a manner that they can reflect bright glints of sunlight down toward Earth.

Designing constellations to need fewer satellites would also help, Tyson says, adding: “There are probably ways of doing that.”

Another big help would be for constellations to be designed so that no satellites are launched into high orbit, where, especially during summer, some are visible all night long.

That is the problem with the OneWeb constellation, Tyson says, because its satellites are currently planned to orbit at an altitude of 1200 kilometres.

“We need to make them as low as possible,” says Green. (The SATCON1 report recommends an altitude of no higher than 600 kilometres.)

There are also ways that astronomers can help themselves, especially with assistance from the satellite companies.

Just to start with, Tyson says, SpaceX has suggested that an app could be created that would tell astronomers precisely when something is going to come across their fields of view. “That’s quite achievable,” he says.

Meanwhile a second SATCON workshop is planned for the first half of next year and the report from this year’s workshop is online on the AAS and NOIRLab websites.

Originally published by Cosmos as How can satellites and telescopes co-exist?