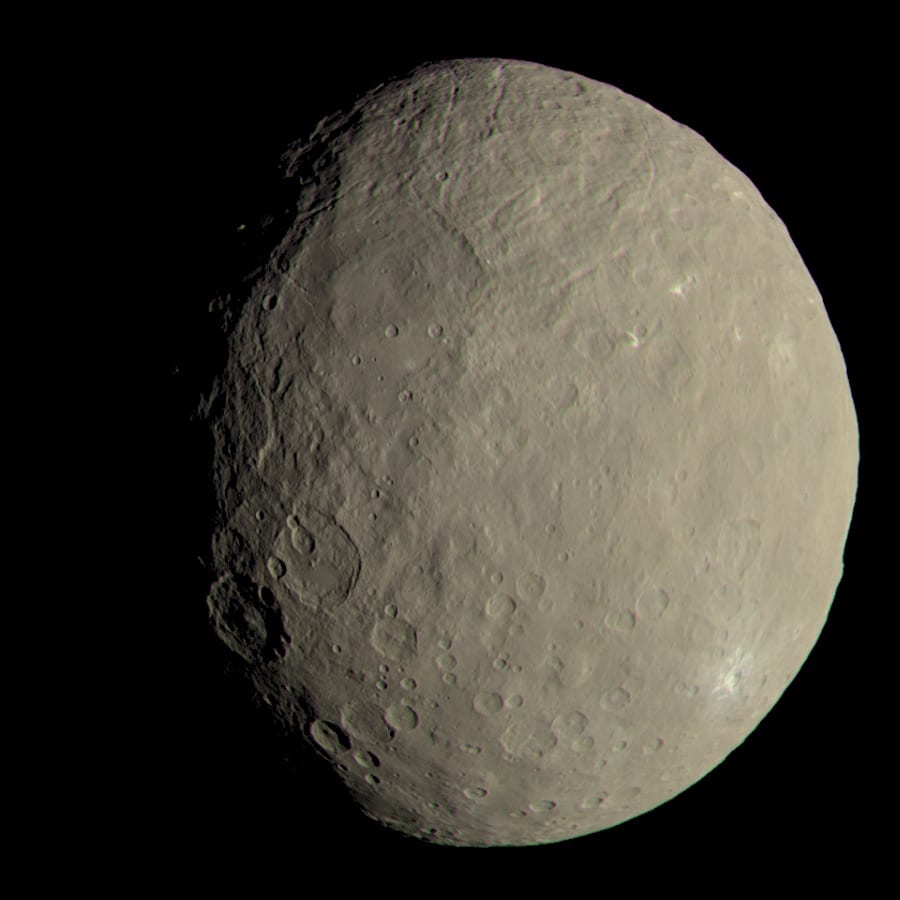 The asteroid Ceres is coated in fragments knocked off during collisions with other bodies in the asteroid belt over tens of millions of years, new analysis has found. This means simply looking at an asteroid’s colour may not be enough to ascertain its makeup.

Astronomers used NASA’s Stratospheric Observatory for Infrared Astronomy (SOFIA) to detect substantial amounts of non-Ceres material on the asteroid’s surface, contrary to the currently accepted surface composition classification of Ceres, suggesting that the largest body in the asteroid belt between Mars and Jupiter is partially camouflaged.

“We find that the outer few microns of the surface are partially coated with dry particles,” says Franck Marchis from the SETI Institute in the US. “But they don’t come from Ceres itself. They’re debris from asteroid impacts that probably occurred tens of millions of years ago.”

Models of Ceres, based on data collected from ground-based telescopes and NASA’s Dawn mission, suggest the asteroid (which is big enough to also be classified a dwarf planet) contains clays and carbonates.

But spectral imaging detected a layer of fine particles of pyroxene, a dry silicate, explains Pierre Vernazza from the Marseille Observatory in France. “Only the mid-infrared observations made using SOFIA were able to show that both types of material are present on the surface of Ceres.”

The work will be published in The Astronomical Journal.