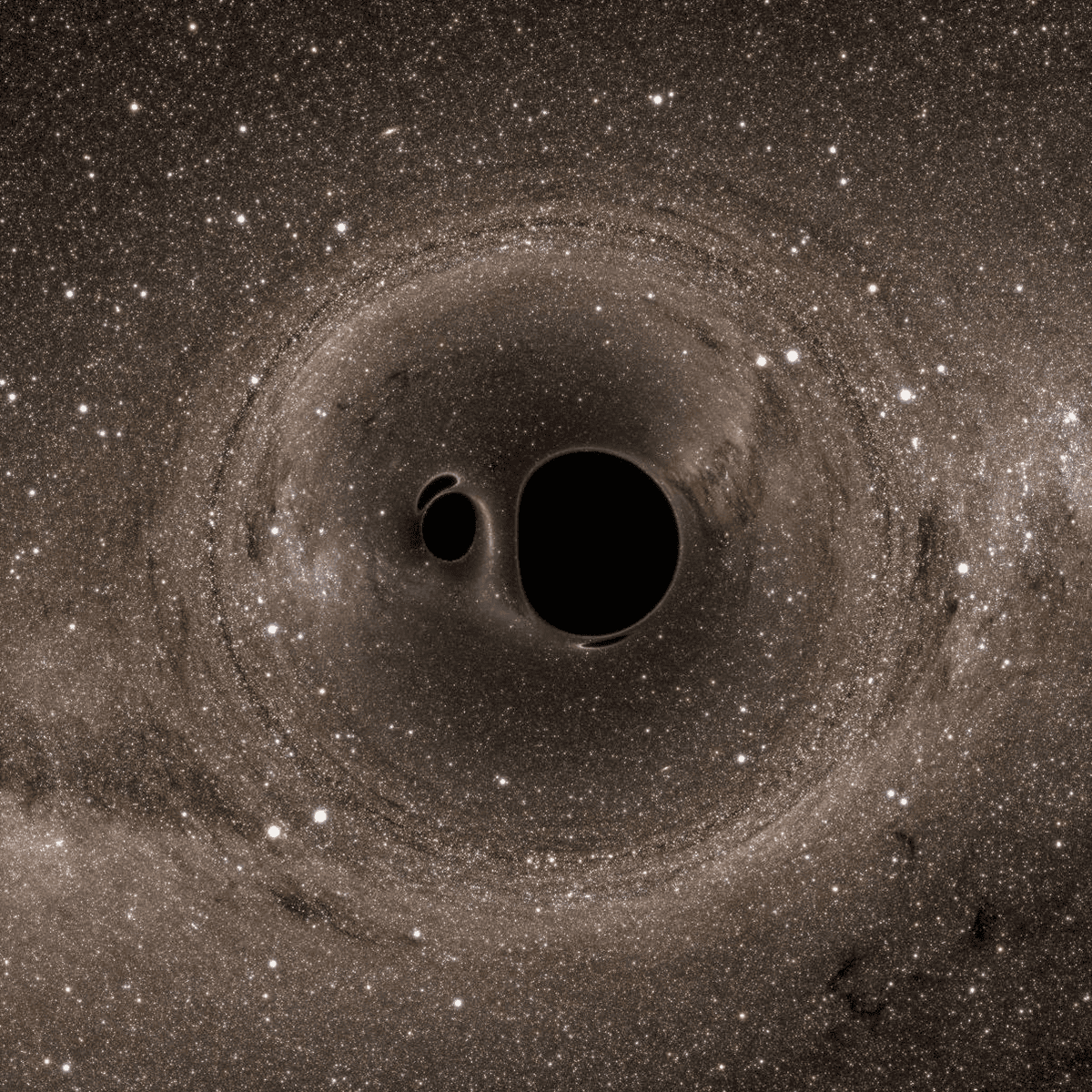 A pair of black holes merges every three minutes somewhere in the universe.

Australian astrophysicists have devised a new technique to eavesdrop on the distant whispers of merging black holes.

Every few minutes, a pair of black holes collides somewhere in the Universe, sending shivers called gravitational waves through the fabric of spacetime. Over the last three years, the LIGO and Virgo collaborations have finally managed to detect six of these long-theorised ripples as they washed over Earth, tracing them back to five black hole mergers and one neutron star merger.

According to researchers, every year there are more than 100,000 mergers too faint to be resolved by the current generation of detectors. Instead, these events are thought to blend together into a background “hum” of gravitational waves that hasn’t yet been observed.

Researchers Eric Thrane and Rory Smith from Monash University in Melbourne, Australia, have developed a new data-analysis technique to tune into this background noise. Their research, published in the journal Physical Review X, explores how to best sift through the masses of data from gravitational wave detectors and tease out the distinctive signal of black hole mergers.

Both Thrane and Smith are part of the LIGO collaboration and were involved in last year’s detection of gravitational waves produced by the clash of two neutron stars. They are currently working with their global collaborators to figure out how to implement the new technique.

Compared to previous methods, Thrane says that their technique “should speed up detection by a factor of more than one thousand.”

It’s estimated that once current detectors reach their optimal sensitivity around 2019 or 2020, the binary black hole background can be observed in just one day.

Though this technique focuses on black holes, it should work for binary neutron star systems too — with an added twist. “Binary neutron stars merge so frequently,” Thrane says, “there are probably around eight emitting gravitational waves in LIGO’s observing band at any given time.”

This means neutron star events pile up on top of each other in the data. But Thrane is confident the problem is solvable — and he’s excited to get stuck in.

“We are living in a golden era for gravitational-wave astronomy,” he says. “As the detectors become better, discoveries will pour in.”

Originally published by Cosmos as Black hole hum: the background noise that fills the universe