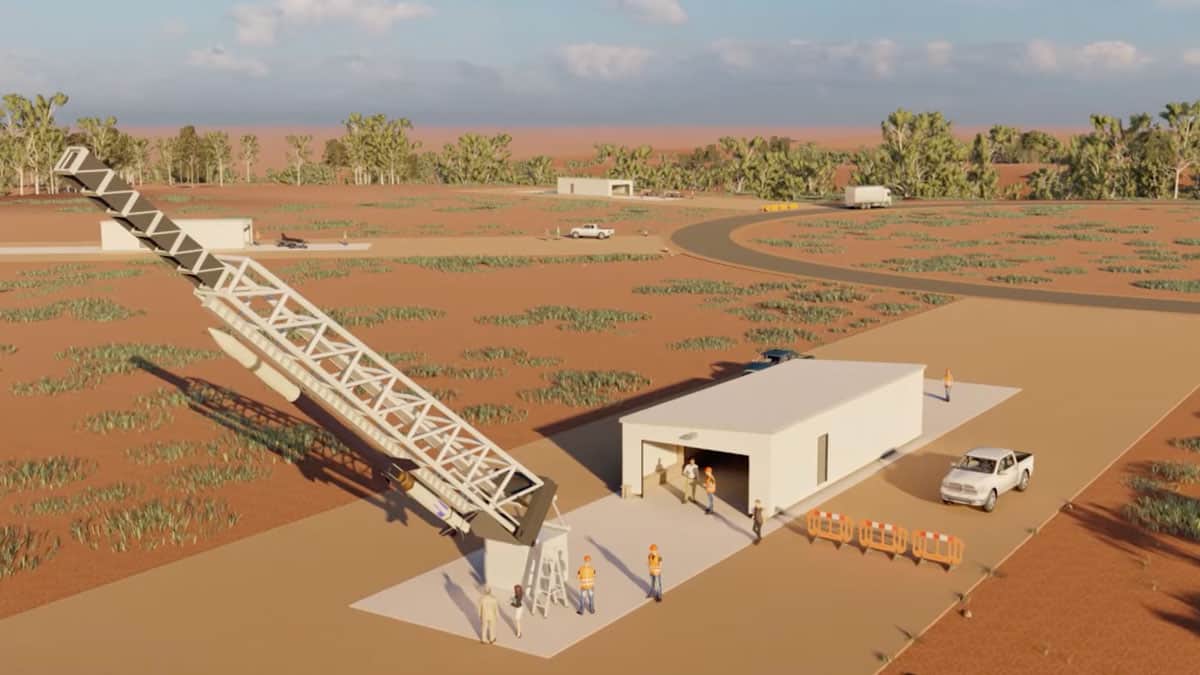 Australia’s space industry is getting off the ground with a slew of rockets and satellites poised to be sent into orbit.

Fleet Space Technologies has been progressively launching its networking NanoSatellites since November 2018. It currently has six of its planned constellation of 140 in low Earth orbit.

The next NanoSatellite is scheduled to be launched aboard the SpaceX Transporter-5 at Cape Canaveral on May 26.

Built to CubeSat criteria, Centauri-5 weighs less than 10kg and is about the size of a shoebox.

But when part of a constellation of similar satellites, it will contribute to a resilient and persistent satellite communications network.

Another four Fleet satellite launches are in the pipeline.

Meanwhile, Equatorial Launch Australia will become operational by firing three rockets from its Arnhem Space Centre in the Northern Territory in June and July. It will be NASA’s first space launch from a commercial launch site, and Australia’s first commercial space launch.

Equatorial Launch aims to exploit the Earth’s faster rotation in the equatorial region to reduce the fuel – and therefore cost – needed to sling small payloads into space.

These first launches from the new facility near the remote Gove Peninsula town of Nhulunbuy will carry NASA suborbital experimental payloads.

Space Machines Company (SMC) has also secured a ride for its Optimus orbital transfer testbed. It will be carried aloft in April next year aboard a SpaceX “rideshare” mission.

The 270kg Optimus is one of the largest commercial spacecraft designed and built in Australia. Its purpose is to prove the propulsion and navigation technology needed to service other satellites requiring maintenance or repair, and carry payloads into specific orbits.

“To support and fully commercialise the potential of in-space service delivery, the right logistics infrastructure needs to be in place,” says SMC CEO Rajat Kulshrestha.

And the South Australian government’s Kanyini CubeSat, designed and built by Inovor Technologies, has passed its Critical Design Review. “The successful CDR – this confidence in the design of the spacecraft – provides a boost as we head towards the next big milestone, which is to test and integrate the payloads into the satellite, which will provide services to the South Australian government,” says Inovor CEO Dr Matthew Tetlow.

Originally published by Cosmos as Making space for Australian satellites