Home ■ Space ■ Astronomy ■ It’s confirmed. There is water on the Moon 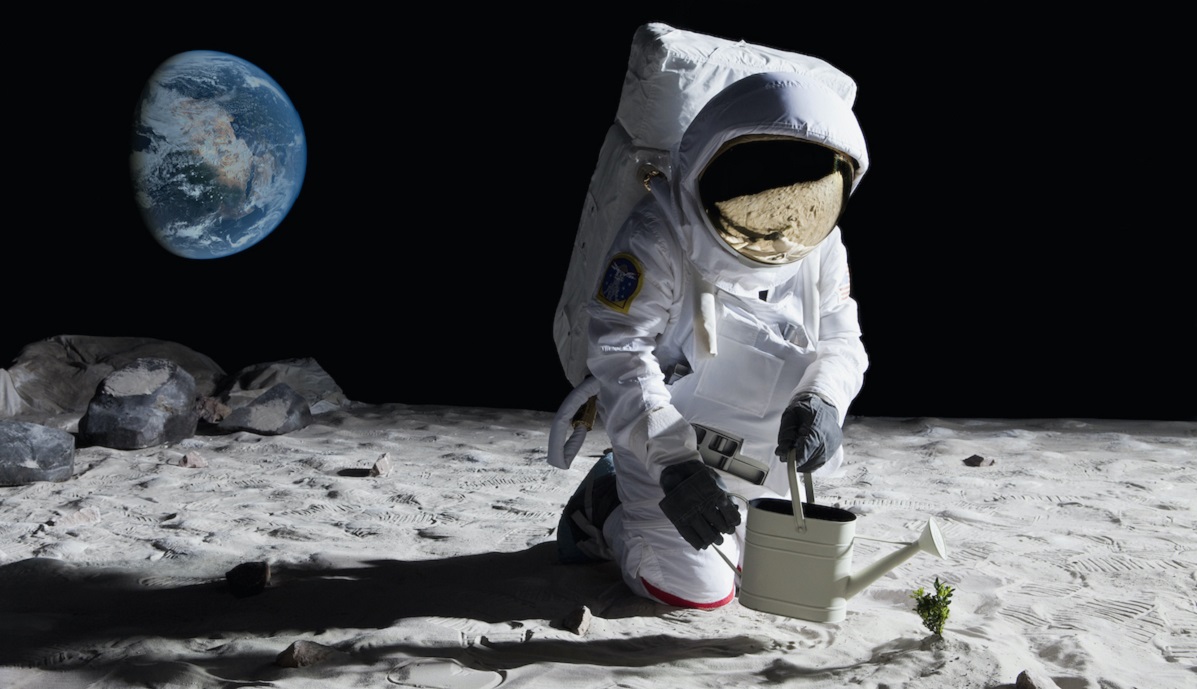 US researchers have presented the first unambiguous evidence of molecular water on the Moon – and it could be more abundant than previously thought.

The discoveries, presented in separate studies in the journal Nature Astronomy, may have direct implications for future Moon missions.

For decades after the Apollo missions, the Moon was believed to be a dry and hostile place. But over the last 15 years, observations have led scientists to suspect that its polar regions could host water ice.

Three independent spacecraft have previously detected signs of hydration on the Moon, although it was unclear whether these came from molecular water (H2O) or other hydroxyl (OH) compounds bound in minerals.

Now, research led by Casey Honniball and colleagues at the University of Hawaiʻi has confirmed beyond any reasonable doubt that water exists on the sunlit surface of the Moon.

The team used SOFIA – an infrared telescope aboard a 747 plane, which makes observations from high in the Earth’s atmosphere – to directly detect the unique spectral signature of H2O at wavelengths of six micrometres, not shared by any other hydroxyl compound.

“However, don’t expect to find hidden glaciers or ice caps,” cautions Richard de Grijs, an astrophysicist at Australia’s Macquarie University who was not involved in the study.

“We’re talking about minuscule water ice grains contained in glassy beads which were most likely formed through the continuous bombardment of the Moon’s surface by micro-meteorites.”

The study found that at the Moon’s southern latitudes, individual water molecules are found in abundances of 100 to 400 parts per million. This is four times larger than measured in lunar soil samples in the lab – highlighting the gaps in our understanding of water on the Moon.

Alan Duffy, from Australia’s Swinburne University’s, says this new estimate of water content is still a comparatively small amount. “To fill a litre bottle with Moon water you’d need about 10 tonnes of lunar soil, or regolith, so it still makes the Sahara look waterlogged by comparison.”

The second study, led by the University of Colorado Boulder, attempts to quantify how abundant water ice might be on the Moon. The team used data from NASA’s Lunar Reconnaissance Orbiter (LRO) to investigate “cold traps”: permanently shadowed holes peppered across the Moon’s surface, largely at the poles, which may not have seen the Sun for billions of years.

Their detailed modelling of the lunar terrain suggests that the Moon could harbour nearly 40,000 square kilometres of these permanent shadows, ranging in size from a centimetre in diameter to a kilometre across – each with the potential to harbour ice.

“The temperatures are so low in cold traps that ice would behave like a rock,” says co-author Paul Hayne. “If water gets in there, it’s not going anywhere for a billion years.”

This is an interesting juxtaposition to planetary bodies like Ceres and Mars, which have large, continuous areas of ice around the poles. The fact that the Moon’s water ice may be speckled across its surface supports the idea that water was formed as micro-meteorites slammed into the surface, converting hydroxyl into molecular water.

This potential reservoir of water has astronomers and space scientists excited for future Moon missions, as it may influence our strategy for lunar exploration.

“The Moon is our stepping stone to the Solar System, but the challenge is that it’s pretty resource-poor for human habitation,” explains Craig O’Neill, an astronomer at Macquarie University.

“Nearly everything we’d need, we have to send up via rocket, at an astronomical cost. So anything we can use in-situ is a big deal, as it makes everything more feasible.”

Duffy adds: “Water can directly support astronauts on a planned Moon-base, used to grow food on long-duration missions to Mars, and even split into literal rocket fuel for powering our satellites and rockets across the Solar System.”

In the near future, these findings could be crucial to planned NASA, ESA and Chinese missions, all of which are operating under the assumption that water is present on the Moon.

The US’s Artemis mission, for example, aims to return humans to the Moon by 2024 and includes plans for a permanent base camp at the lunar south pole.

The results are also useful to Australia’s $150 million Moon to Mars program, which aims to grow the Australian space industry’s capability and capacity to support interplanetary missions.

But there is still much we don’t know, and plenty more research to do before basing ourselves in the lunar environment and surviving off its natural resources.

“Just because a region is in permanent shadow doesn’t mean there is ice in it,” says O’Neill. “Whether or not these cold traps have water will need some very detailed – probably in situ – surveying of the surface.”

This will require surface landers and other mission that can return samples to Earth for analysis. These will help answer questions about whether the water detected by the first study is trapped in glass or not, which would make a large difference to extraction and concentration methods.

We also still don’t know how water is distributed beneath the surface and other places our sensors have not yet reached.

Plus, as O’Neill points out, with several nations heading to the Moon “the geopolitics of the resource are going to be complicated”.