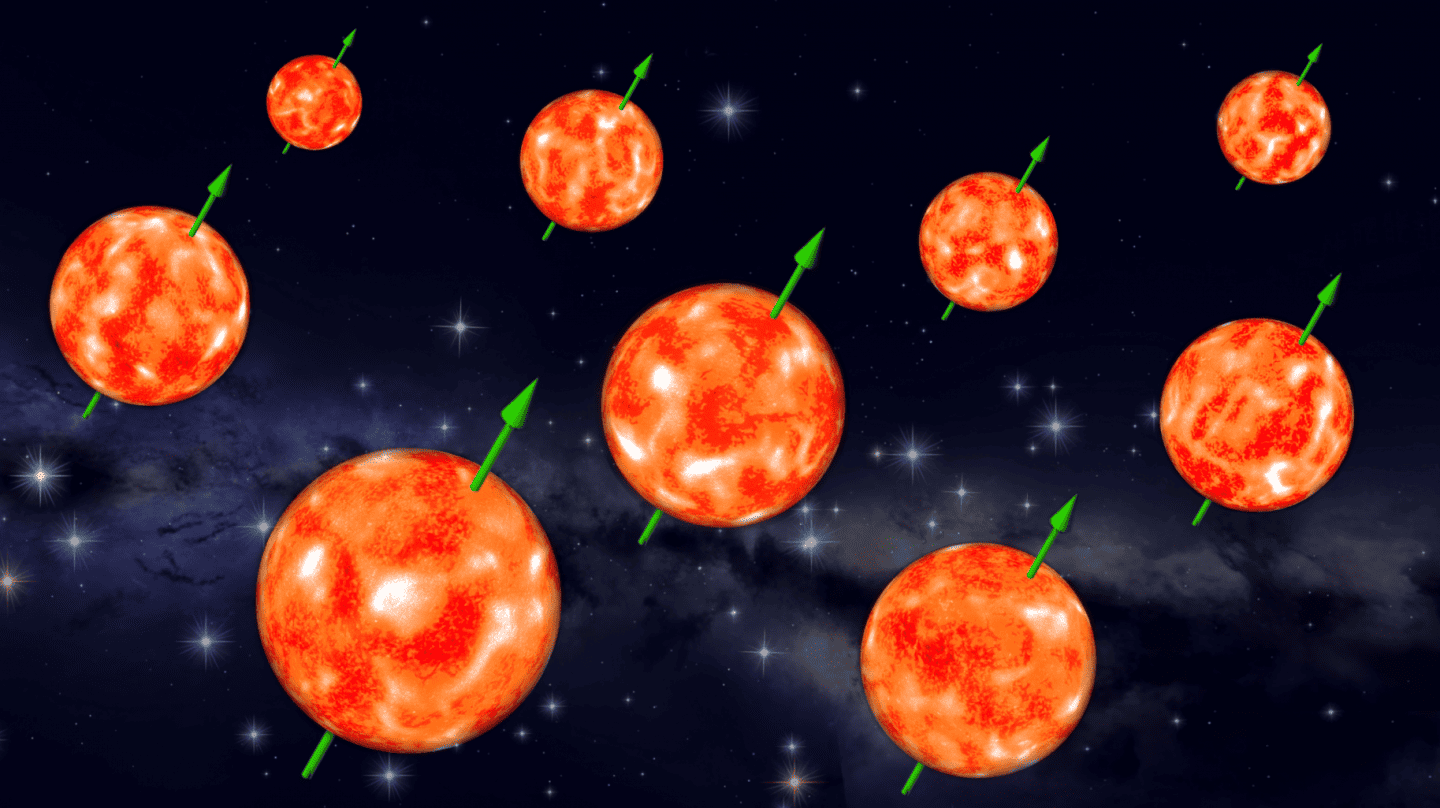 astronomers discover that most stars have the same spin alignment.

Astronomers analysing ancient “starquakes” have discovered that most of the stars in the Milky Way have identical spins, contrary to expectations.

A team led by Enrico Corsaro from the Université Paris Diderot, in France, used asteroseismology to work out the spin-orientation of 48 stars in the Milky Way, to test the theory that turbulence during the galaxy’s formation would have resulted in wide variation.

To their surprise, the scientists discovered that 70% of the stars measured were aligned with one another.

“Our new study provides the first evidence that this approach is a powerful way to gain insights into processes that occurred billions of years ago, close to the beginning of the universe.”

Originally published by Cosmos as Astronomers spin the story