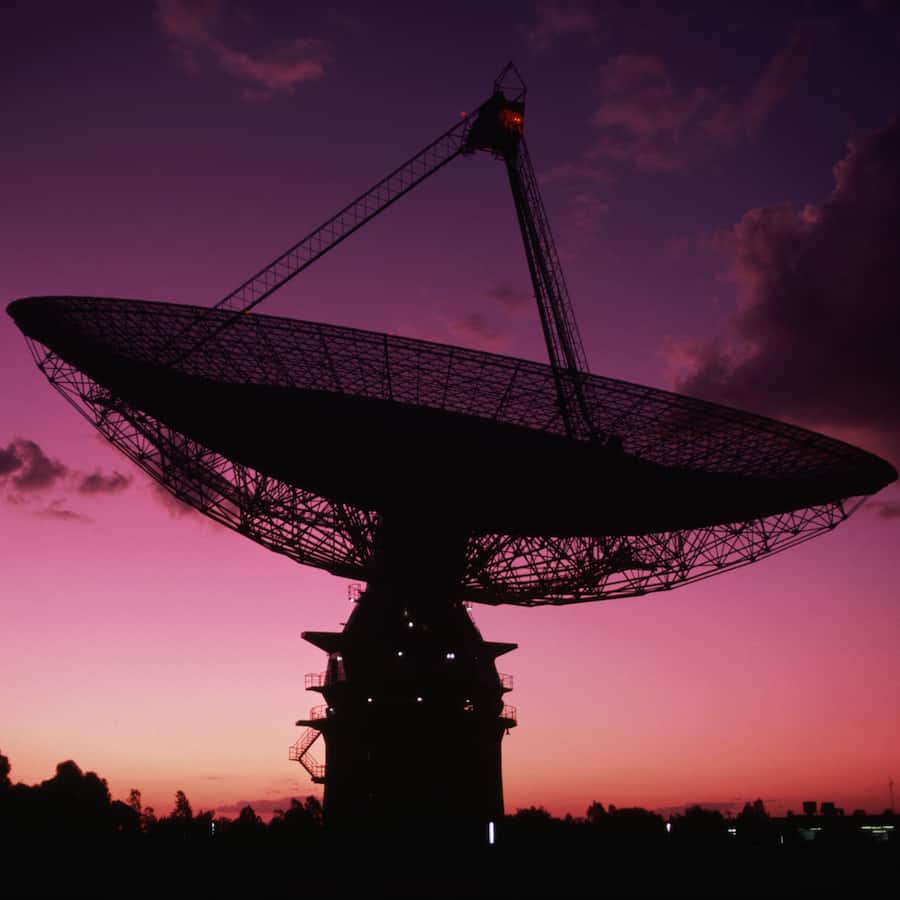 Astronomers are one step closer to pinning down the origins of mysterious cosmic phenomena known as fast radio bursts, thanks to some clever detective work by scientists using data obtained by the Parkes radio telescope in Australia.

While most astronomers assumed they emanated from an unknown distant galaxy, a more local source somewhere in the Milky Way could not be discounted.

But a new investigation of the most recent recorded FRB, headed by astrophysicist Vikram Ravi at the California Institute of Technology in the US, has narrowed the probable source of the burst to three galaxies visible in a small patch of the night sky. All are at least 1,630 million light-years from Earth.

The calculations by Ravi and his team not only exclude the Milky Way (and, indeed, any disc-shaped galaxy) as the source of FRBs, they also cast doubt on another origin theory – that the powerful blasts originate from a young neutron star.

The focus of the team’s research was a burst dubbed FRB 150807. It was detected in August 2015, while using the Parkes’ 21-centimetre multibeam receiver to observe the timing of a nearby pulsar.

The ultra-brief burst was recorded on two of the receiver’s 13 beams – a crucial factor that allowed the scientists to identify a very small portion of sky from whence it came.

An origin point in a larger-than-average yet out of sight galaxy positioned between Earth and the three visible suspects cannot be wholly discounted, but Ravi’s team is 95% confident they are on the money.

The finding, published in the journal Science, raises the question of whether all FRBs come from the same spot in the universe. Ravi’s team notes that while on some metrics – particularly the free electron density known as the “dispersion measure” – the latest FRB is the smallest ever recorded, but “it is not excluded from being drawn from the same source population as the majority of FRBs”.

These are critical discoveries because while FRBs are potentially valuable tools for examining other cosmological phenomena, the uncertainty regarding their origin has so far severely limited their application.

Ryan Shannon, one of Ravi’s colleagues on the paper who works with both CSIRO Astronomy and Space Science and the International Centre for Radio Astronomy Shannon explains that FRBs are “imprinted” by the space through which they travel.

“You don’t need to know necessarily what is producing them to use them,” he says.

“When the pulses travel from their host galaxy to us they pick up the imprint of all of that [intergalactic] medium and we can see it in the pulse when it arrives.

“With that, we can do really interesting things, like study what that medium looks like, which is important for understanding how galaxies grow, as this medium feeds the galaxies.”

Shannon adds that if a large number of FRBs can be detected, they could be used to conduct more cosmological experiments.

To date, only 18 have been reported, despite estimates that predict between 2,000 and 10,000 occur each day. The low hit rate is readily explainable: it’s very easy to miss a phenomenon that is over in the blink of an eye.

After FRB 150807 was recorded, the team at Parkes spent 215 hours searching for a follow-up without success, but concede that their instruments were possibly “insufficiently sensitive to detect repeat bursts”.

And while Parkes has so far played a key role in the discovery and analysis of FRBs, its dominance is set to be challenged by the Australian Square Kilometre Array Pathfinder in Western Australia. It is capable of scanning an area of sky 360 times larger than that covered by the NSW telescope.

If there are more FRBs out there, you get the feeling, it will find them.