Home ■ Space ■ Astrobiology ■ Is anybody down there? 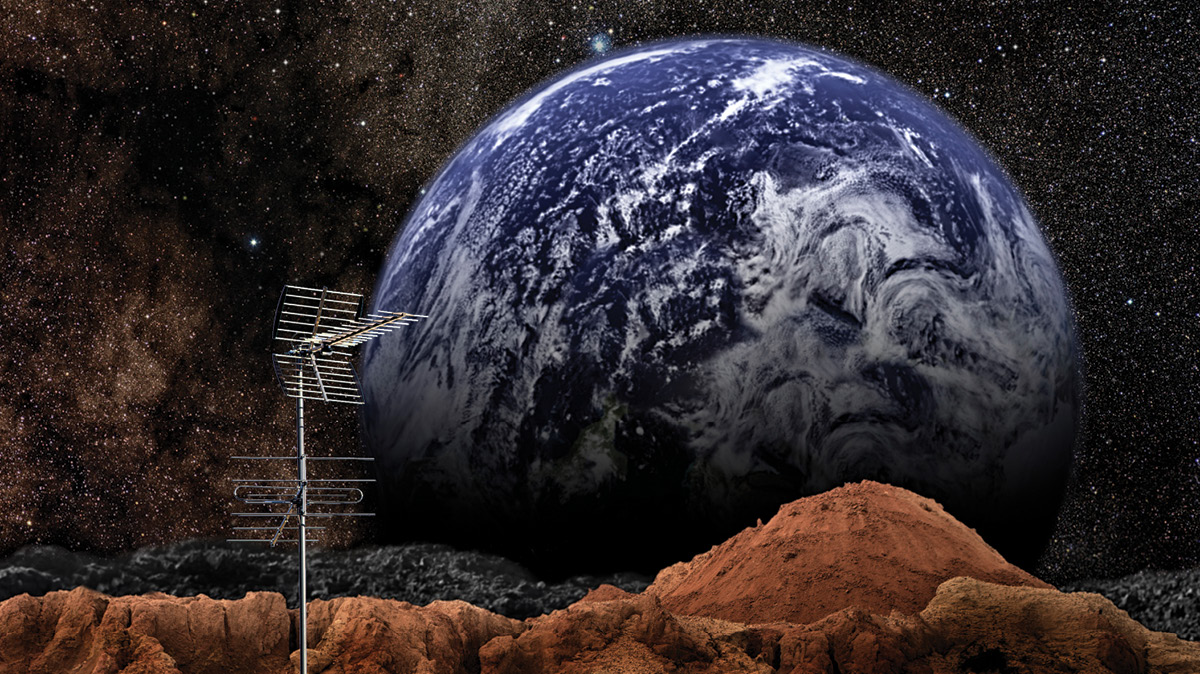 The question of whether or not we are alone in the Universe has always fascinated me, but when I was a student the idea of searching for aliens was regarded as decidedly crackpot. One might as well have professed an interest in looking for fairies. The prevailing scientific opinion in the 1970s was well captured by Francis Crick, who thought life so improbable it was “almost a miracle”. The chances of finding a second sample somewhere else was surely vanishingly small.

Nevertheless, a tiny band of gung-ho radio astronomers had begun sweeping the skies with radio telescopes in 1960, hoping to stumble across a message from an extraterrestrial civilisation. Pioneered by Frank Drake, SETI – the Search for Extraterrestrial Intelligence – limped along for decades on a shoestring budget. NASA pulled out in 1993, and the whole project was forced to rely on private donations.

Then came a dramatic reversal of fortunes. In July 2015, the philanthropist Yuri Milner, founder of the Breakthrough Prizes, announced a commitment of $US100 million to boost SETI research, with more to follow. Previously sceptical scientists caught the new mood of optimism and decided that maybe SETI was worth a try after all. Even NASA has begun to warm to the idea.

However, in spite of the extra cash, traditional radio SETI remains hampered by a fundamental scientific obstacle: our biggest dishes lack the power to pick up an alien broadcast unless it is directly beamed at Earth. Why would an alien civilisation deliberately send us radio messages unless they could be sure that our planet hosts a civilisation with radio technology? They would of course know this by detecting our own radio transmissions. But these have scarcely penetrated 100 light-years into space, so unless ET is extremely close by astronomical standards, we can’t expect anyone to be purposefully signalling us.

Still, we don’t need to pick up a customised radio message to discover that we are not alone in the Universe. All that’s required is evidence of non-human technology – a “technosignature”, to use the latest buzzword. Earth abounds with technosignatures: ecosystems modified by agriculture; the Great Wall of China; CFCs in the atmosphere; night-time illumination. Astronomers are confident there are millions of Earth-like planets in the galaxy, offering potential targets for these sorts of technosignatures.

Unfortunately, anything on a planetary scale is likely to be way beyond our current capabilities, so researchers have focussed their speculations on two other avenues: megastructures and probes. An advanced alien civilisation might have extended its technological footprint beyond its home planet and modified its astronomical environment in some conspicuous way.

Previously sceptical scientists caught the new mood of optimism and decided that maybe SETI was worth a try after all.

An early suggestion, made by the physicist and futurist Freeman Dyson in 1960, is that an energy-hungry super civilisation might build an enclosure around its host star to trap all its light. Such a “Dyson sphere” would show up as a strange infra-red stellar-mass object.

Nothing quite like that has been found, but in 2015 there was a flurry of excitement when Tabetha Boyajian of Georgia State University identified a star in the constellation Cygnus – KIC 8462852, nicknamed Tabby’s star – that keeps changing its brightness in an erratic way. Is it being partially eclipsed by some sort of artificial megastructure? Although graphic artists had a field day with this concept, most astronomers think there is a natural explanation.

Another weird object is named after the Polish-Australian astronomer Antoni Przybylski. The spectrum of Przybylski’s Star suggests the presence of a host of unusual radioactive elements, including thorium, uranium, plutonium and einsteinium. How they got there remains a mystery. Is this some sort of alien nuclear waste dump?

A civilisation able to build a megastructure would presumably also have the knowhow to send probes to other star systems. So, could there be an alien technosignature in our cosmic backyard? If so, where do we look?

A few years ago, I tested the feasibility of finding an alien artefact on the Moon.  The lunar surface is relatively unchanging, and a moderate-sized object might remain exposed for many millions of years. The Lunar Reconnaissance Orbiter (LRO) spacecraft operated by NASA with help from Arizona State University is photographing the Moon to half-metre resolution. The pictures clearly show technosignatures. To date, however, they are all of human origin.

The Moon isn’t our only close astronomical companion. There is also a handful of small asteroids stalking our planet. Physicist James Benford has suggested that these co-orbital “lurkers” would be handy places to locate a probe designed to monitor Earth. For long-term parking, a good location is one of the so-called Lagrange points – regions of space where the gravitational forces of the Earth and Sun are in balance, thus obviating the need for orbital corrections.

If a nearby alien probe were to “wake up” and start communicating, our job would be easy. But finding a defunct or dormant probe somewhere in the solar system is like looking for a needle in a haystack.

SETI is plagued not only by the vastness of space, but by the immensity of time. At 4.6 billion years old, the Solar System is only about one-third of the age of the Universe: there could have been planets inhabited before Earth even existed. If interstellar missions are feasible, an alien probe could have arrived at any time in our planetary history.

Few physical traces would remain discernible for many millions of years, but if aliens – or their robotic surrogates – paid the solar system more than a flying visit, they may have carried out largescale projects such as asteroid mining and modification, nuclear processing, or even biotechnology on terrestrial organisms. In principle, the downstream remnants of such activities would still be detectable today.

Who knows? There could be an ancient alien technosignature right here on Earth, hiding in plain sight.

This article features in Issue 87 of Cosmos magazine. You can subscribe here.