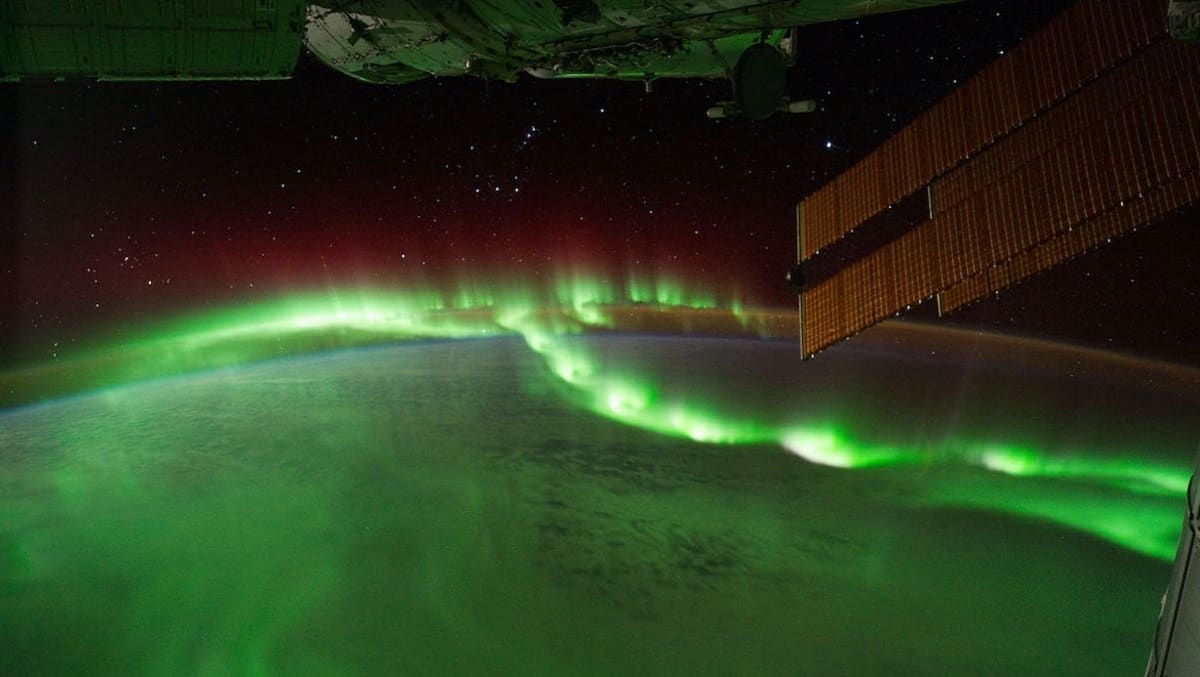 Scientists have uncovered the mysteries behind the formation of auroral beads and the role they play in our near-space environment.

As this picture taken by NASA from the International Space Stations shows, the beads are so named because they are draped (east-west) across the night sky like a glowing necklace.

Now a team from the US, Austria and Hong Kong says it has the answer after using new computer models to analyse data from grounds observations and NASA’s Time History of Events and Macroscale Interactions during Substorms (THEMIS) mission.

“Now we know for certain that the formation of these beads is part of a process that precedes the triggering of a substorm in space,” says Vassilis Angelopoulos, from the University of California, Los Angeles.

Writing in the journal Geophysical Research Letters, the researchers say their models show that auroral beads are caused by turbulence in the plasma – a fourth state of matter, made up of gaseous and highly conductive charged particles – surrounding Earth.

A complementary paper is published in the Journal of Geophysical Research: Space Physics.

“These turbulences in space are initially caused by lighter and more agile electrons, moving with the weight of particles 2000 times heavier, and which theoretically may develop to full-scale auroral substorms,” says Evgeny Panov, from the Austrian Academy of Sciences.

Auroras are created when charged particles from the Sun are trapped in Earth’s magnetic environment (the magnetosphere) then funnelled into the upper atmosphere, where collisions cause hydrogen, oxygen and nitrogen atoms and molecules to glow.

By modelling the near-Earth environment on scales from tens of kilometres to 1.2 million, the THEMIS scientists were able to reveal the process by which the beads form.

As streaming clouds of plasma belched by the Sun pass Earth, they say, their interaction with the Earth’s magnetic field creates buoyant bubbles of plasma behind Earth.

Imbalances in the buoyancy between the bubbles and heavier plasma in the magnetosphere creates fingers of plasma 4000 kilometres wide – much like a giant lava lamp. Signatures of these fingers create the bead-shaped structure in the aurora.

The next step, the researchers say, is to figure out how, why and when the beads might trigger full-blown substorm. At least in theory, the fingers may tangle magnetic field lines and cause an explosive event known as magnetic reconnection, which is known to create full-scale substorms and auroras that fill the nightside sky.

Originally published by Cosmos as A glowing report about auroral beads