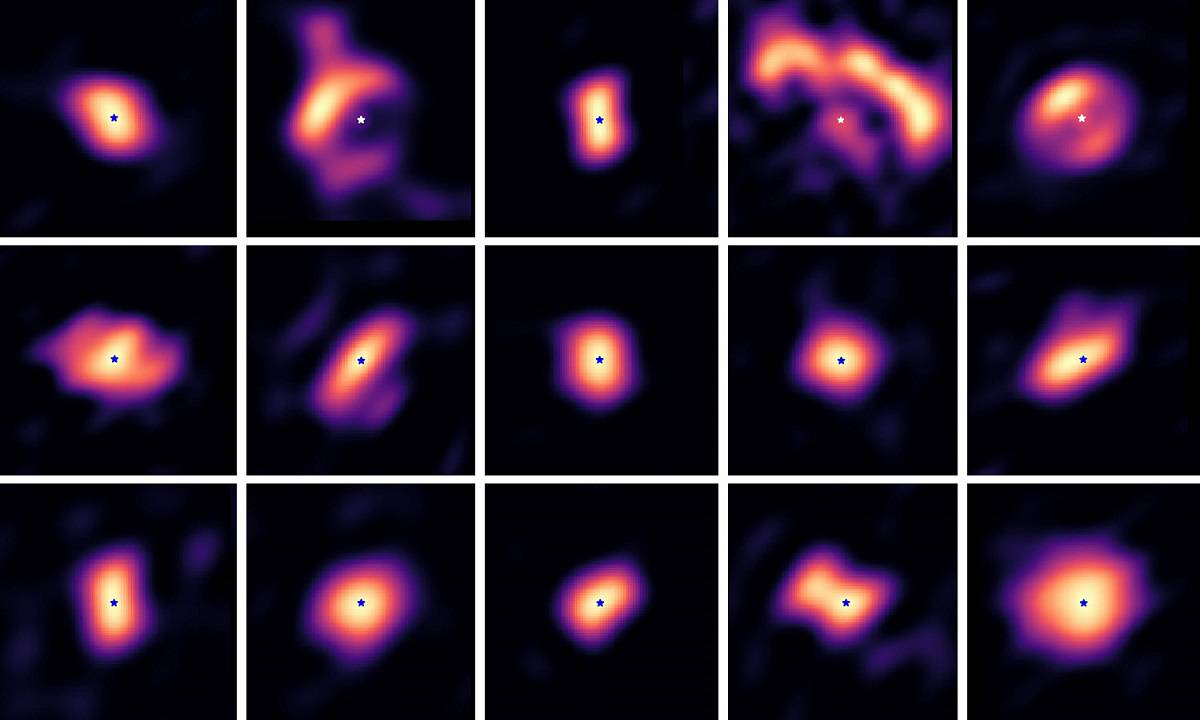 Astronomers have captured 15 new images of the inner rims of planet-forming discs hundreds of light-years away that shed new light on how planetary systems are formed.

Made of dust and gas – and similar in shape to a music record – these discs form around young stars. Previous pictures were taken with the largest single-mirror telescopes, which couldn’t capture their finest details.

“In these pictures, the regions close to the star, where rocky planets form, are covered by only few pixels,” says Jacques Kluska from KU Leuven in Belgium, lead author of a paper in Astronomy & Astrophysics. “We needed to visualise these details to be able to identify patterns that might betray planet formation and to characterise the properties of the discs.”

To do this, Kluska and colleagues used infrared interferometry. They first combined the light collected by four telescopes at the ESO’s Very Large Telescope Observatory in Chile, then recovered the details of the discs with a mathematical reconstruction technique similar to that used to capture the first image of a black hole.

“We had to remove the light of the star, as it hindered the level of detail we could see in the discs”, Kluska says.

Distinguishing details at the scale of the orbits of rocky planets like Earth or Jupiter, as can be seen in the images, is equivalent to being able to see a human on the Moon or distinguish a hair from 10 kilometres away, notes co-author Jean-Philippe Berger of the Université Grenoble-Alpes, France.

“Infrared interferometry is becoming routinely used to uncover the tiniest details of astronomical objects. Combining this technique with advanced mathematics finally allows us to turn the results of these observations into images.”

Originally published by Cosmos as 15 platters that matter