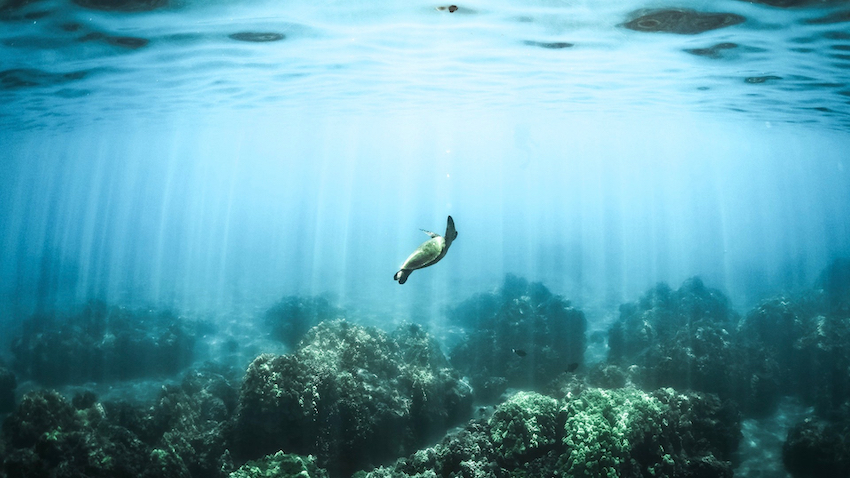 A third of all marine species have less than 10% of their range protected, research shows. Credit: The University of Queensland

At least a quarter of the Earth’s oceans need urgent conservation measures to preserve marine biodiversity, according to an international study, and more than eight million square kilometres need new conservation initiatives.

“Given only 7.9% of the ocean is currently protected, this represents a pretty large increase,” says Kendall Jones from the Wildlife Conservation Society in New York, US, “but bold steps like this are necessary if we’re going to secure the health of our oceans.”

“We’re in the middle of an extinction crisis, and one-third of marine species have less than one-tenth of their habitat under strict protection.

“Scientists have known for decades that existing conservation efforts are totally insufficient to save most biodiversity; this is obvious given the massive population declines and extinctions we see every year.”

But the scale of action needed has been difficult to quantify, so the team, including researchers from Europe and Australia, sought to identify a baseline target for prioritising global conservation efforts.

As described in the journal One Earth, they first identified how well each marine species currently is protected.

This was done by overlaying maps where more than 22,000 species inhabit the ocean with marine protected areas (such as no fishing zones), regions of international importance for biodiversity, and marine wildernesses with low human impacts.

They then used a mathematical algorithm to identify other areas where conservation efforts are needed to preserve at least 10% of all species’ habitats. This minimal amount was chosen to balance conservation with other ocean uses.

To inform actions needed to conserve species within unprotected areas, they mapped the 15 most destructive human activities impacting them.

New priority areas were found in more than half of the world’s coastal nations, especially the East China Sea and the North Sea off the Norwegian Coast, currently affected by intense industrial fishing.

Areas impacted by intensive agriculture and livestock grazing as well as ocean-based activity include the Gulf of Mexico, the South China Sea and the Indus river in Pakistan.

High priority areas include the Northern Pacific Ocean near China and Japan and the Atlantic Ocean between West Africa and the Americas.

Notably, around 40% of the regions they identified as requiring conservation efforts have no jurisdiction by any single country.

“Protecting these areas will almost certain require an avenue to regulate use of the high seas,” Jones says, “something that is currently being debated by the UN.”

The world’s governments will be convening in China this year to sign a high seas conservation treaty aimed at protecting areas that currently escape jurisdiction and are exploited by activities such as overfishing and deep-sea mining.

“This agreement has the potential to be a watershed moment for biodiversity conservation; just as the Paris Agreement was for climate change,” Jones says.

The researchers envisage that their study will help inform the treaty and demonstrate the scale of collaborative, targeted action that is needed.

“Given the connected nature of the ocean, a piecemeal approach is doomed to fail,” says Jones, emphasising the importance of collective action.

“We need to use a broad range of strategies such as no-fishing zones, community marine reserves and broad-scale policies to put an end to illegal and unsustainable commercial fishing operations.”

“This is crucial, not only for biodiversity, but for the millions of people around the world who depend on the ocean as a source of food and income.”