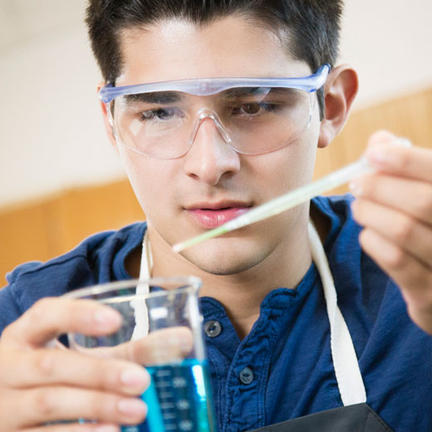 Teenagers are opting out of science (see graph). Surveys point to various reasons, with one in particular that surprises me: 15 year olds, especially those growing up in technologically advanced countries, do not see science as relevant. The same teenagers are wired to their smartphones, rely on satellites to beam live tennis matches from the other side of the planet and know nothing of deadly diseases such as polio that were crippling Australian children only a few decades ago.

Our generation has somehow failed to impart the crucial importance of science to our children. I am concerned for two reasons. First, today’s teenagers are tomorrow’s work force. And they are in for a huge challenge. Thanks to robots and automation, nearly half of existing jobs are predicted to vanish within the next 20 years – and 75% of the jobs that replace them will require science and mathematics skills.

Most students aren’t thinking that far ahead. We need to capture their imagination before they make subject choices that will close the door marked “science”. Science fairs, competitions and trips to the museum are insufficient. There’s no doubt they offer a great experience, but they preach to the converted and don’t reach all students. What we need are large-scale, appealing programs taught within the curriculum.

We are not shy of a challenge at Cosmos Magazine, so last year, after more than 12 months of development, we released Cosmos Lessons. They offer relevant science, aligned to the curriculum and taught within regular secondary school science classes. A new lesson is released to teachers every two weeks to ensure they stay relevant.

To my delight, uptake has been strong.

The secret of the success of Cosmos Lessons begins with their unique value proposition – each lesson is relevant to students because it is aligned to a recently published article in Cosmos Magazine. For example, our lesson on Newton’s laws of motion was taught using the Google driverless car instead of sliding ice pucks; the recent Ebola outbreak was used to teach a lesson on the human body’s innate immune system rather than the now eradicated smallpox disease.

I am personally committed to the development and delivery of Cosmos Lessons. They build on my experience with other secondary school science programs and in tertiary education.

I’ve seen many surveys that all point to the same problems in school science. We don’t need more surveys. Instead we need solutions such as Cosmos Lessons.