Home ■ People ■ Society ■ Laughing at the ways of the Universe 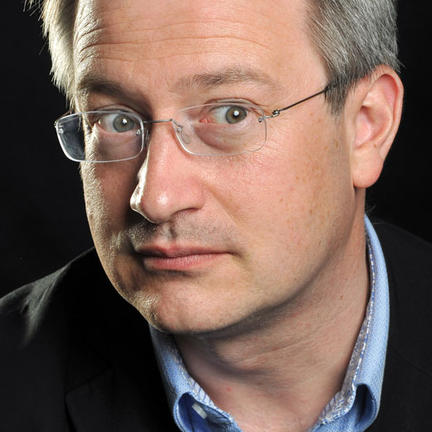 “This is a problem we have,” says UK comedian and science broadcaster Robin Ince. “People read a book about quantum mechanics and when they don’t understand it they think they’re an idiot. They say they’re never going to bother with quantum mechanics again.

“But it’s not about finishing a book so you can sit in the pub and explain all about quantum mechanics. It’s about just enjoying the ride. It’s about every time you discover a new idea about why the cosmos is as it is, you may look outside your window and see the world has slightly changed.”

Ince – who tours Australia with his one-man show throughout April – is little known over here, but in his native Britain he is a household name. He is a co-host with particle physicist and television host Professor Brian Cox in the popular BBC radio series The Infinite Monkey Cage.

The show, now entering its twelfth series, is essentially an ad-lib panel discussion in which Ince and Cox riff around particular aspects of science with the assistance of guests who range from Nobel-winning researchers to comic actors. There are tentative plans to record a series in Australia in 2016.

“If you have an image of the Universe that never changes – what a tedious journey to the end of life that is.”

Ince’s tour is presented by the Atheist Foundation. In contrast to other prominent atheists, such as Richard Dawkins, he opts not to attack religionists for their beliefs, preferring instead to dwell upon the wondrous (and humorous) aspects of a godless universe.

While his approach accords respect to people with supernatural leanings, he has little time for the late Stephen Jay Gould’s peace-in-our-time proposition that science and religion comprise “non-overlapping magisterial” that need not interfere with each other.

“I think it’s very, very hard when something is based around the idea of explaining why the universe is as it is,” he says. “Religion exists in order to bring us into groups with shared beliefs – things like the myths, and the ideas of creation. I think it’s very hard to keep them separate, although I do know religious people who do.

“There are preachers I know in the UK who accept pretty much everything from a scientific point of view, but still find space for their god. Overall, I don’t think it works. We need to find a way of allowing people to keep the myths that they like, while at the same time acting as rationally as possible when it comes to their life choices.”

Fittingly, perhaps, for a comedian-cum-radio-host, many of Robin Ince’s thoughts about the joys of science and the problems engendered by magical thinking are expressed in terms of differing narratives. The holy books might have the sturm und drang, but science has much better stories – precisely because no one knows how they are going to end.

“Do you remember a few years back when guys at one of the particle accelerators thought they’d found neutrinos that moved faster than light?” he asks.

“It took six months to figure that result out. Most physicists were pretty sure it would turn out just to be the result of some dodgy wiring – which it did – but there were some saying, imagine this is real – it changes so much! There was so much excitement.

“If you have an image of the Universe that never changes – what a tedious journey to the end of life that is. It’s disconcerting when you discover that something you’ve believed in for years turns out to be absolute nonsense. But there’s a joy in that, too.”