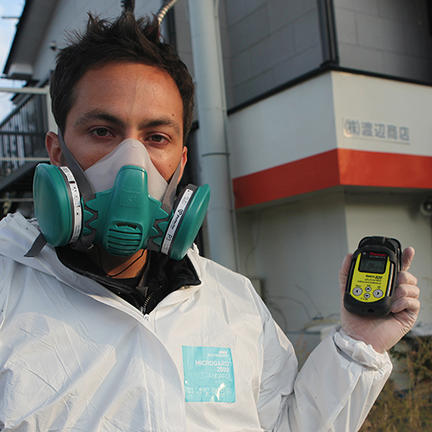 Look at the agenda for any major science communication event – December’s World Congress of Science and Factual Producers in Vienna, say, or next year’s World Science Festival in Brisbane – and you’ll notice at least one session dedicated to social media.

In recent times, the use of online platforms as vehicles for science news and gossip has exploded, exemplified by the extraordinary popularity of British blogger Elise Andrews’ Facebook site, I F*cking Love Science, which boasts more than 20 million “likes”.

Ms Andrews’ popularity and genius lies in her skill in agglomerating and curating third-party content. Another rising star of social media science, physicist Derek Muller, 32, has taken a different route. The Canadian-Australian dual citizen is the presenter of his own YouTube channel, Veritasium.

Comprising a rich miscellany of enthusiastic, humorous reportage and demonstration, Veritasium, as of writing, enjoys 2.4 million subscribers – a circulation that all science magazine journalists, and most science television producers, can only dream about.

Sometimes, though, dreams and reality collide. This year, Muller’s career has enjoyed a further boost and a big injection of mainstream credibility. He was plucked by Emmy Award-winning Australian science television-makers Genepool Productions to front a multi-part documentary. In various iterations, Uranium – twisting the dragon’s tail will screen in Australia, Europe and the United States.

Veritasium was the product of youthful ambitions to be, variously,

an actor, a filmmaker and a physicist.

Speaking from his home in Los Angeles, Muller explains that Veritasium was the product of youthful ambitions to be, variously, an actor, a filmmaker and a physicist. A PhD in science communication from the University of Sydney helped to consolidate his ambition.

“That led to a merging of all my major interests: the craft of filmmaking, the content of science and engineering, and teaching people,” he says.

For want of any other outlet, he began making science-themed YouTube clips and set up the Veritasium channel. Within a few months his work was noticed by the producers of ABC-TV’s long-running science program Catalyst, and he was offered some gigs as a guest presenter. While he was learning the television ropes at Aunty, however, something strange was happening back on the Net. His little low-budget videos were going gangbusters.

“When I started I never had any real ideas that it would get big,” he says. “When I started I was getting barely 50 views for each video. I was sending them around to family and friends – saying, ‘please watch what I’m doing!’

“I remember thinking to myself that if I want to get a million views, then I should maybe make a thousand videos in a year, and then if each one got 10,000 views … I was doing that sort of math and it sounded like a lot. It felt like it was impossible. Every step of this for me has been completely unexpected.”

Such is the arithmetical nature of social sharing, that when a video is passed on frequently the number of viewers it attracts can expand exponentially. For Muller, this came as a welcome and timely surprise.

“I was never going to be a full-time host on Catalyst,” he says. “So I had to find something else to do with my time, and for me that was continuing to build YouTube. Eventually, YouTube got to the stage where it was bigger than Catalyst. It had more reach, it was more global and I had complete creative control.”

That last point – about complete control – is perhaps the main area in which traditional science media (such as this magazine – or Catalyst, for that matter) and social science media differ. For journalists in mainstream media, work is always subject to more or less stringent review by editors, sub-editors and directors. Far from being restrictive, pre-publication questions serve as a valuable error-detection mechanism.

In Veritasium, such checks and balances are absent. Derek Muller’s journalism has no safety net.

“It’s scary! Of course it’s scary,” he says. “I have gotten things wrong before. There was one video in which I talked about how nothing could go faster than light. There was one matter I mentioned, and after it came I out I got an email from a general relativity professor saying: ‘Derek, that’s not quite true.’

“Because of that email, I made another video, called ‘Misconceptions about the Universe’. When mistakes happen, I do my darnedest to correct them. And, of course, I will often consult with experts before I make a video.”

A subscriber base of a couple of million, a telegenic presence and a firm grasp of physics is a potent combination. Certainly it was enough for Genepool Production’s creative director Sonya Pemberton to offer Muller the presenter role in her company’s ambitious three-hour documentary about uranium and the rise of nuclear power.

It was a role he readily accepted. It took him through nine countries – but also made him subject to a much more hierarchical directorial process than the one used for Veritasium.

“I didn’t have to focus my own camera or deal with my own audio. All the locations, everything was organised. That meant I was able to focus just on the performance aspect. It was invaluable to have a director there to evaluate my performance and say, ‘no, we’re going to tweak this’ or ‘no, you’re too presentery’. For me, that was a lot of fun, another part of the creative process.”

So will this be, ultimately, a tale of the prodigal presenter: the man who wandered off into YouTube-land but later returned to the ‘proper’ world of science television?

He smiles. You can see why.