Home ■ People ■ Society ■ The brain according to Sam Harris 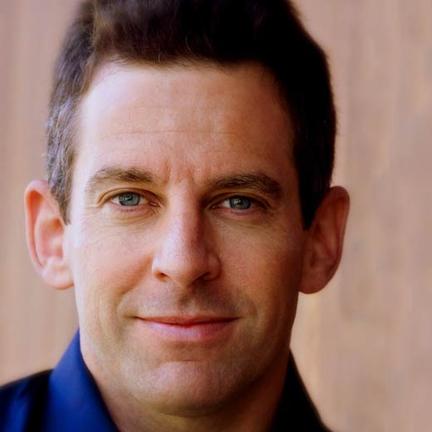 US neuroscientist and philosopher Sam Harris never really expected to spend his career in a lab.

A co-founder of science-activist group Project Reason, a prolific writer, scourge of the religious right and, increasingly, the liberal left, Harris gained his PhD from the University of California, Los Angeles in 2009.

“I realised, perhaps belatedly, that I went into science and got a PhD really very much in the spirit of wanting to be a philosopher who was very well grounded in the relevant science of the mind,” he tells Cosmos. “I needed to know about the brain in order to think about the problems that I wanted to think about.”

Those problems are broadly described by his book titles, which include The End of Faith (2004), The Moral Landscape (2010), and Free Will (2012). His latest, co-written with British former Islamist Maajid Nawaz, is called Islam and the Future of Tolerance.

Harris is perhaps best known for trying to reposition atheism in the global discourse. He is one of the founders New Atheism, a movement that favours a bold, aggressive approach to countering religion. In 2008 Harris and his fellow New Atheist founders – Richard Dawkins, the late Christopher Hitchens, and Daniel Dennett – dubbed themselves the four horsemen of the anti-apocalypse. Their outspokenness dismays many old-school atheists, who favour a more restrained non-engagement.

Although Harris has proselytised on the moral paucity of religion, he has been impressed enough by its handmaidens – mysticism and spirituality – to write a book in their praise (Waking Up, a guide to spirituality without religion, 2014).

“I think we have to be precise about what we mean by those terms, and also how we’re going to use changes in our experience as evidence,” he explains.

"Your life is very much the result of what you pay attention to. There’s nothing especially mysterious about this."

“The religious use of terms like ‘spiritual’ and ‘mystical’, and the move that I consider to be intellectually illegitimate, is to extrapolate from changes in your personal experience to claims about the way the Universe is at large.”

He says a Christian, for instance, might interpret a feeling of joy as proof of the omnipresence of God.

“The intellectually legitimate thing that we can say here is that human consciousness and the human mind is susceptible to remarkable changes,” he says. “It is possible to have extraordinarily positive and extraordinarily negative experiences. There is a spectrum here, and there are methodologies of introspection and ethical ways of living that have a very strong impact on where we fall on this spectrum. Your life is very much the result of what you pay attention to. There’s nothing especially mysterious about this, but it’s something where you can really do a lot of work on self-inquiry and learn a lot about how to no longer suffer unnecessarily.”

This side of Harris is less well known than Harris the firebrand. He has publicly condemned Islamic fundamentalism and has a reputation for orneriness (perhaps undeserved) that led Noam Chomsky earlier this year to describe him, ironically enough, as “a religious fanatic”.

Perhaps it’s simply that he is a serious man, as a neuroscientist philosopher should be. And perhaps, like fellow horseman Richard Dawkins, his manner sometimes obscures the sense and good intentions of his message.

Whatever the reason, when invited to comment on a recent observation by US comedian Bill Maher that Americans would sooner elect a paedophile to the White House than an atheist, Harris plays it with a perfectly straight bat.

“That may sound hyperbolic to the untutored ear, but it doesn’t exaggerate the truth by much,” he says. “Atheism is the only variable, the only political identity you can have in the US, that makes you more or less unelectable, just in principle.

“Now, paedophile was not among the identities polled so I imagine it would probably do worse than atheist. But really it’s quite incredible. This research was initially done in the immediate aftermath of September 11, 2001. Certainly the first study I saw on this topic was 2002 – and Americans, famously xenophobic and Islamophobic from 2001 onwards, vastly preferred the prospect of a Muslim president to an atheist president.”

Harris' research hints at a scientific reason behind this result. Recently he has been working with functional magnetic resonance imagine machines (fMRI) – an extension of research he began in 2007 and 2009, mapping the brains of religious believers and non-believers.

His 2009 study, arguably his best known lab work, was co-authored with five others, including Jonas Kaplan from the Brain and Creativity Institute in California and Susan Bookheimer from the UCLA’s Centre for Cognitive Neuroscience.

The study set out to use fMRI to determine whether religious and non-religious people used different areas of the brain to evaluate fact. Fifteen committed Christians and 15 non-believers were each asked to make true/false judgements regarding a range of religious and secular statements.

For people in both groups, the fMRI revealed that statements believed to be true – religious or not – resulted in greater signals in the ventromedial prefrontal cortex, an area of the brain associated with self-representation, reward, and goal-driven behaviour. The difference between belief and non-belief, the study found, was “content-independent”.

However, analysis of the full set of fMRI data led Harris and his colleagues to conclude that there was an observable difference in the ways the brain processed religious and non-religious material. “Religious thinking is more associated with brain regions that govern emotion, self-representation, and cognitive conflict,” they wrote, “while thinking about ordinary facts is more reliant upon memory retrieval networks”.

Harris called the paper – The Neural Correlates of Religious and Non-Religious Belief – “a step toward developing a neuropsychology of religion”.

His latest research constitutes an extension of this earlier work. Results are still being compiled. Who knows, perhaps as he reviews the imaging data a strange semi-random pattern might become evident. There – on the edge of consciousness – the sound of horses galloping …

Sam Harris will be touring Australia in January 2016 with THINK INC – You can purchase tickets here.