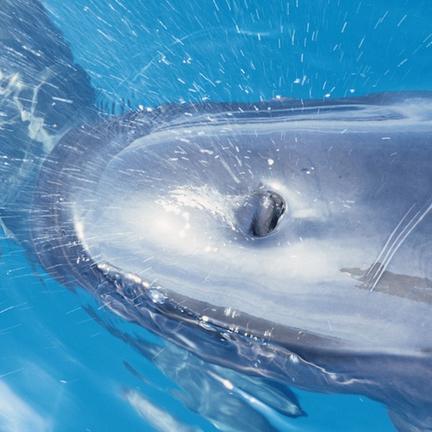 It is only in the past few years that we discovered whales have different “dialects”, depending on where they come from.

While they all speak “whale” – the loud clicking, whistling and buzzing sounds with which the animals communicate – each pod uses variations unique to that group.

Scientists say the differences are similar to the way humans from a specific location or tribal group will have their own vocabulary, grammar, and pronunciation.

And as with humans, whales learn their “dialects” as a result of the culture in which they grow up, previous studies suggest.

A team of physicists and biologists from Ocean Sounds in Norway, Germany’s Max Planck Institute, and the University of Göttingen, has now developed an objective statistical method for analysing whale sounds.

“Previous studies have classified whale vocalisations mainly based on how humans perceive sounds or which aspects of a sound spectrum they find important, so they may be overlooking audio features that only whales are attuned to,” the paper says.

The team followed six separate groups of long-finned pilot whales, through the waters off the coast of Norway, and recorded several hundred calls from each group.

Instead of individual call identification, the team analysed all calls recorded from a group, quantifying how the sound characteristics changed over time.

The results showed that differences between different groups were significantly larger than differences within a single group.

The researchers suggest a range of reasons for the development of whale dialects.

“It is important to recognise group members for offspring care, protection against predators, and cooperative social and feeding behaviour,” they write.