Home ■ People ■ Social Sciences ■ Social web: why do these spiders live together? 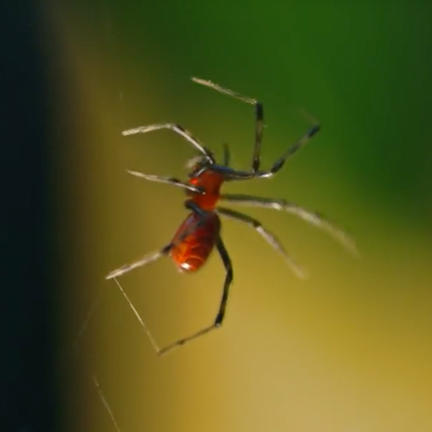 One spider is enough to strike fear in the heart of an arachnophobe. Can you imagine 50,000 living together in a single web?

Such a horror exists.

Anelosimus eximius is not the only type of social spider, but its webs are definitely the biggest. Some are nearly eight metres wide.

The first colony of A. eximius was discovered a century ago by French arachnologist Eugène Simon. They tend to house adult males and females as well as young spiders.

But it wasn't until the 1980s that researchers found that males comprise only between 5% and 22% of any colony's populace. The females, who make up majority of the colony, ensure survival by sharing young-rearing responsibilities.

Alloparental care – the care of others' offspring – is a key aspect of sociality in many groups of animals. This lack of discrimination towards foreign offspring is believed to be a key trait in facilitating the spiders' evolution from soliatary to social creatures.

Sociality boosts the evolutionary fitness of the species and, while they produce fewer egg sacs, each holds more individual offspring than most other arachnids.

Social spiders, meanwhile, are more egalitarian. Anyone can do any job, and all are capable of reproduction.