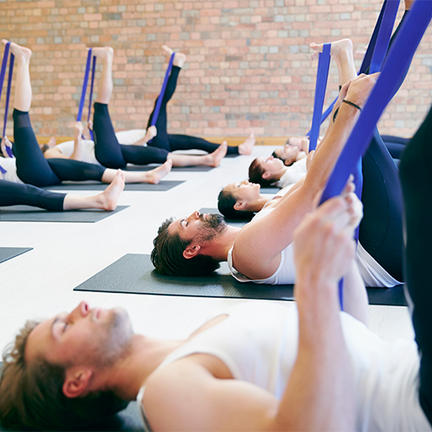 In the old days – well, 40 or 50 years ago – when you got cancer or had a heart attack, you died fairly soon afterwards. There were no effective cholesterol lowering drugs, blood pressure medications had awful side effects, early cancer detection and therapy weren’t as advanced, smoking was common. It was also the era before jogging and 24/7 gyms.

Doctors responded to specific “episodes” such as a broken arm or a stroke. And healthcare systems were designed and funded for episodic care.

The problem is, they still are. Meanwhile, the way we treat disease has changed.

It’s no longer a simple matter of illness followed by death. If you develop heart disease or cancer there’s an industry out there that can keep you alive and in quite good health.

They don’t provide cures; you’ll have these chronic conditions for the rest of your life. The aim in high-quality care now is to keep diseases under control to avoid life-threatening “episodes”.

But it’s expensive. Treating chronic diseases takes up 80% of  the healthcare budget. Put another way, 1% of people with major chronic diseases consume 30% of the budget, with repeated episodes of decline and acute illness causing hospital admissions and increasing disability. The question is whether those resources could be better spent.

Clinical pathways, and the professionals – usually GPs – who direct traffic along them, are critical to keeping people with chronic illnesses out of trouble. The problem is the paths are still configured for the medicine of yesteryear. Knee pain? Well, better send you off for an expensive scan to tell me what I already know, namely that you have arthritis.

But now that I have a scan showing an ageing knee that I think is diseased, I send you off to the knee surgeon who really only has one thing to offer: surgery, usually arthroscopy (keyhole surgery that tidies up torn cartilage, smooths out rough spots on the ends of the leg bones and washes out any debris).

In most cases, the GP doesn’t really know how good the knee surgeon is because we don’t make the performances of individual surgeons available. Worse, there is no evidence that arthroscopy is of any long-term benefit to people aged over 50 or 55 as a June article in the British Medical Journal reported.

What you end up with is an episode of care that costs many thousands of dollars, whereas a health system geared to long-term maintenance would funnel you on to a pathway that takes you to a physiotherapist, an exercise physiologist and a dietician, to get you fitter, thinner and moving.

In some Australian states, people on the public waiting list for a knee or hip replacement, are already sent to a physiotherapist-led clinic where they are offered rehabilitation and a weight-loss program.

Some of these clinics have managed to reduce the waiting lists by 15-20%. And they don’t only help with knees and hips: patients with cancer for instance, receive better quality of care if treated by a multidisciplinary team.

Episodic care reinforces the doctor as hero. But continuous, preventive, anticipatory care requires a team with diverse skills. Such teams exist but not so much in the private sector where doctors are not remunerated to sit in a meeting with other specialists to discuss your case and are certainly not rewarded for delivering better health or continuous care. The incentives are to do more, irrespective of the benefits.

Health systems around the world are spending a lot of money identifying and developing appropriate clinical pathways – but where they exist, they’re almost always in the public sector.

So where does that leave you with your ageing mum or dad or indeed yourself, since a significant proportion of younger people have chronic illnesses?

Governments need to reward team-based, coordinated and continuous care. They need to move away from fee for service – and pay for results. They need to collect data on how we’re treated – facilitated by having electronic medical records – then ask us what the outcomes have been and feed that back to the treating doctors.

Regardless of whether doctors work in the public or private sectors, they respond positively to data about their performance in comparison to their peers.

And we, the patients, need to learn that fancy scans followed by referral to a sub-specialist is not necessarily the pathway to good medicine.