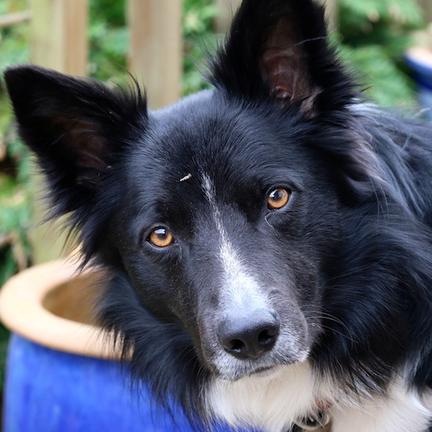 Most dog lovers are convinced their pets understand themand that they react to facial expressions in the way humans react to each other. But can that possibly be true? Now researchers say it is, and dog brains process information in a remarkably similar way to humans.

Researchers in Mexico, using an MRI brain scanner on seven dogs, have pinpointed the specific regions in the temporal cortex of a dog’s brain that enable them to read our emotions.

Not only that, they use the information gathered this way to modify their behaviour towards us.

“Dogs have a rich social relationship with humans,” the study, published in PLOS One, says.

“One fundamental aspect of it is how dogs pay close attention to human faces in order to guide their behaviour, for example, by recognising their owner and his/her emotional state using visual cues.”

The scientists compared brain activity in the dogs when they saw 50 colour photographs of human faces, compared with 50 pictures of everyday objects.

The images were flashed on a screen in front of the dogs and in blocks of four images, displayed for seven seconds, with 10 blocks shown in a single session, lasting 190 seconds.

“Brain activity related to the perception of faces changed significantly in several brain regions, but mainly in the bilateral temporal cortex,” the authors say.

Even before the findings, the experiment required sophisticated training of the dogs – five Border Collies, one Labrador Retriever and one Golden Retriever – to make them comfortable with MRI machines and be prepared to sit completely still during the process.

“We first trained the dogs to remain still in sphinx position, with their head supported in a chin rest similar to the one reported in other studies,” the researchers write.

The chin rest was adjustable to different dog head sizes, and helped the dogs maintain the sphinx position. Then the dogs were trained to maintain that position in a dummy scanner that emitted noises similar to the real thing.

“Finally, the last training step was inside the real scanner, adding the positioning of the MRI coil and projection of visual stimuli.”