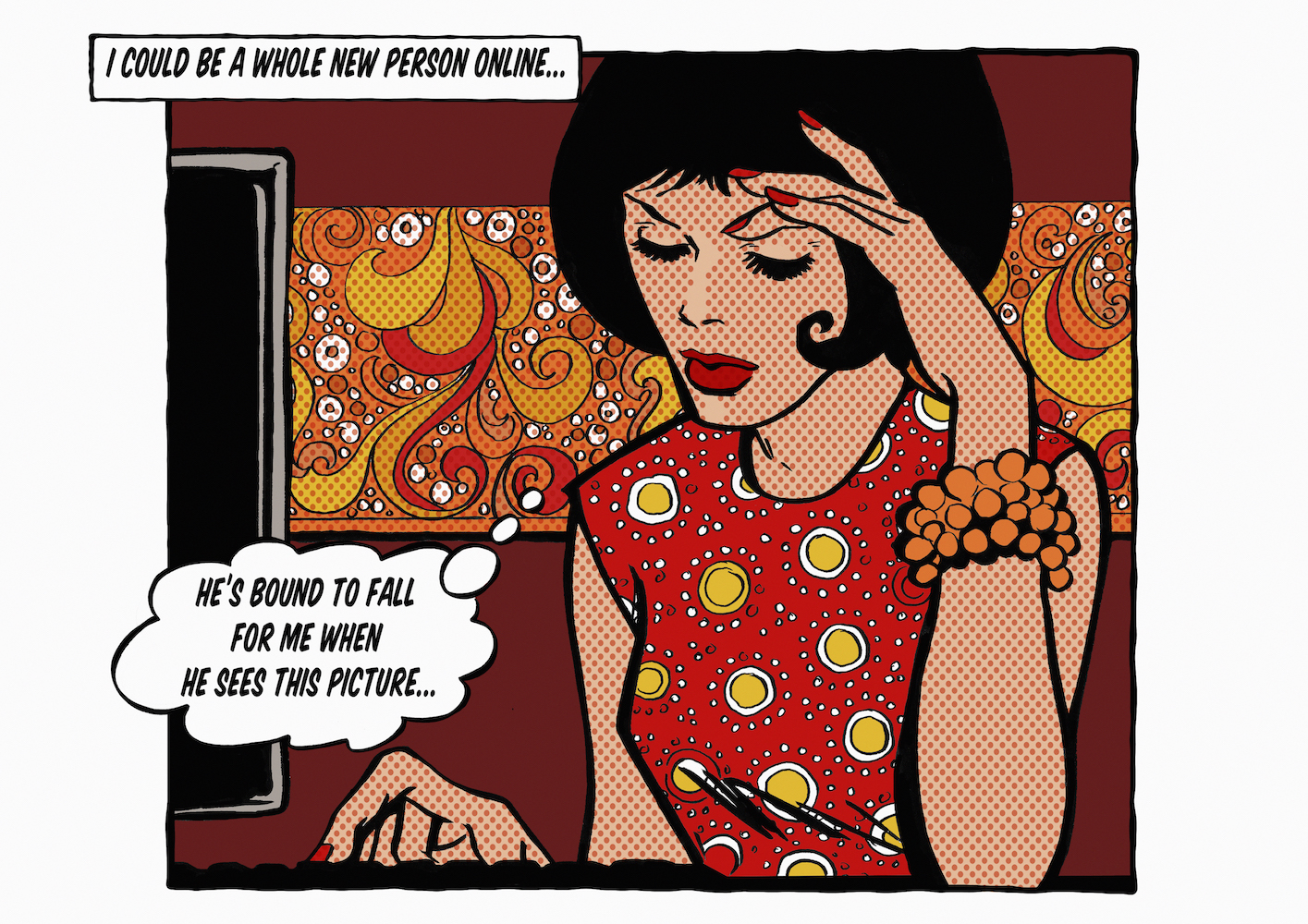 People searching for love using a popular online dating website tend to target potential mates who are more desirable than they are, reports a paper published in the journal Science Advances.

The study across four American cities, led by Elizabeth Bruch of the University of Michigan, found that men and women shoot on average about 25% higher up the “hierarchy of desirability” to hook a romantic partner of the opposite sex.

Are people just fooling themselves? Maybe, because most messages go unanswered. But pursuing potential mates who are out of our league isn’t always fruitless.

If “leagues” are perceived as a simple, continuous hierarchy, the authors write, “the chances of receiving a reply from a highly desirable partner may be low, but they remain well above zero, although one will have to work harder and perhaps also wait longer to make progress”.

“There is a higher chance of receiving an answer if, for instance, you write a longer message,” explains co-author, physicis Mark Newman. “So it is absolutely possible to be successful if you are patient and put the effort in.”

Although this applies to both genders, women were more successful in getting a response – perhaps because far more men initiated contact.

Men were more than twice as likely to get a reply from women who were less popular than from those who were more desirable. But while most of the more attractive women didn’t respond at all, up to 21% did.{%recommended 818%}

“Compared to the extraordinary effort male rats are willing to go through to mate with a desirable female,” the authors suggest, “messaging two or three times as many potential partners to get a date seems quite a modest investment.”

The online date-seekers think so too. “Messaging potential partners who are more desirable than oneself is not just an occasional act of wishful thinking; it is the norm,” according to the report.

What constitutes desirability? “The short answer,” says Newman, “is that our measure of desirability is based on how many messages you receive and from whom.”

“However, desirability is not only about how many people contact you but also about who those people are,” the authors explain. “If you are contacted by people who are themselves desirable, then you are presumptively more desirable yourself.”

To calculate this metric, they used a standard algorithm called PageRank. It uses the same mathematics that is applied to rank web pages when searching the net (although the word “page” in its name actually references, not web entries, but one of Google’s founders, Larry Page).

Using this measure doesn’t tap into people’s motivations or their physical attractiveness. However, a previous systematic review of online dating research found that men favour physical fitness in women, while women prefer bravery and courage in men.

It seems education is a desirable trait in women – but only undergraduate degrees. Women who pursued postgraduate education became less appealing to men, regardless of their age, whereas it was always more attractive for men to have an education.

Asian women and Caucasian men were the most popular by ethnicity.

So how does humankind’s eternal optimism – if successful – play out in fulfilling, long-term relationships?

According to a 2014 national survey by the University of Michigan, 60% of people who met online became romantically involved, and a minority reported getting married. Over all, though, people who met offline were more likely to marry.

But although online dating has several advantages – including a broader ocean of like-minded people to fish in – the latter research found that relationships formed from online connections are more likely to break up than those resulting from offline unions.

People in the most successful marriages reported higher relationship quality, while unmarried partnerships benefited from time spent developing the relationship.

Online dating in the US has become the third most popular way to meet partners, after uniting through friends or hooking up in bars.

It’s also very popular in Australia, YouGov research suggests, revealing that a third of Australians have tried online dating at some point. While millennials are most embarrassed to admit it, up to half of this cohort has used it.