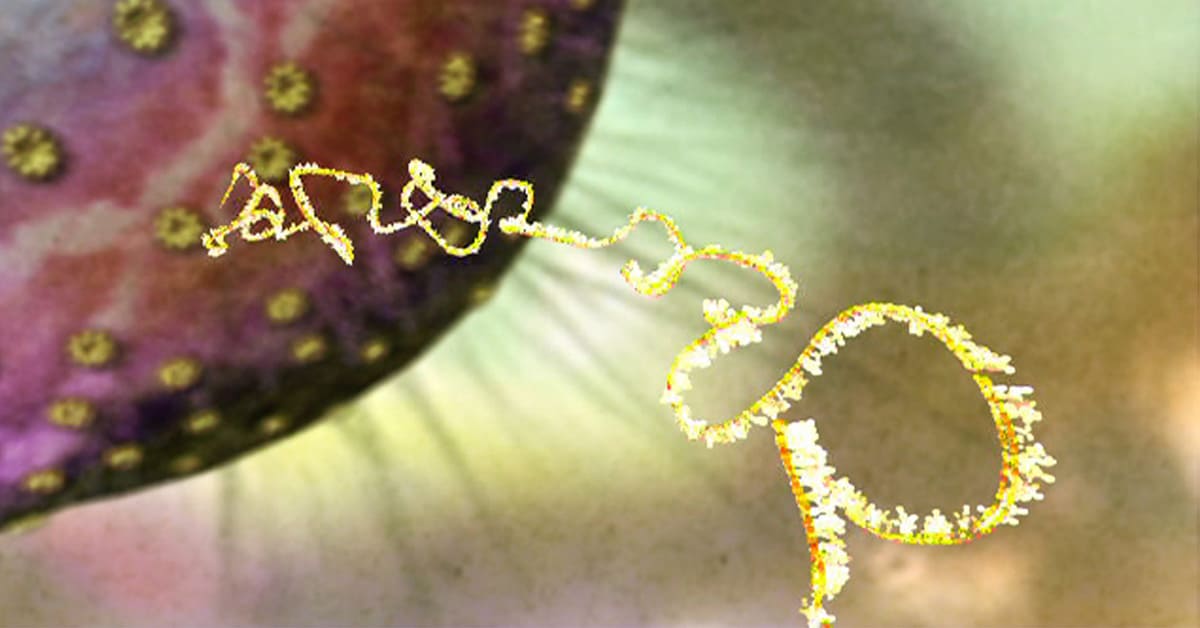 This image, created by Australia’s Walter and Eliza Hall Institute (WEHI), shows how the key genetic molecule RNA, in yellow, has a “structure”.

WEHI researchers and colleagues in the US and Australia say they have made a breakthrough in understanding that structure and the way it can influence how cells function.

Writing in the journal Nature, they describe a new bioinformatics technique to resolve separate structures rather than viewing them as a blur that averaged multiple structures.

RNA molecules have a two-dimensional structure that influences how the genetic information contained within them can be accessed.

“The big question in RNA biology has been whether RNA molecules have a single, constant structure, or whether they can shift between different structures – and what this means for the function of a particular RNA molecule,” says WEHI’s Vincent Corbin.

“Our collaborators… developed a technique for deciphering the structure of RNA molecules. We wanted to understand whether what we were detecting was a single structure of RNA, or an average structure that blurs multiple different structures together.

“It’s a bit like seeing red and yellow stripes or blurring them together and thinking you can see orange,” he said.

Some viruses use RNA for their genome, including HIV and SARS-CoV2 (the coronavirus that causes COVID-19). In the case of HIV, RNA splicing influences which protein the virus produces – which changes at different stages of the virus’s lifecycle.

“Using the HIV genome as a model system, we looked at whether RNA structure influences how HIV’s RNA is spliced,” says Corbin. “We discovered that RNA structure was a critical determinant of RNA splicing in HIV and influenced which viral proteins were produced.

“This is the first clear evidence of how RNA structure can control RNA function. The techniques we have developed have opened up a new field of research into the role of RNA structure in regulating the function of cells.”