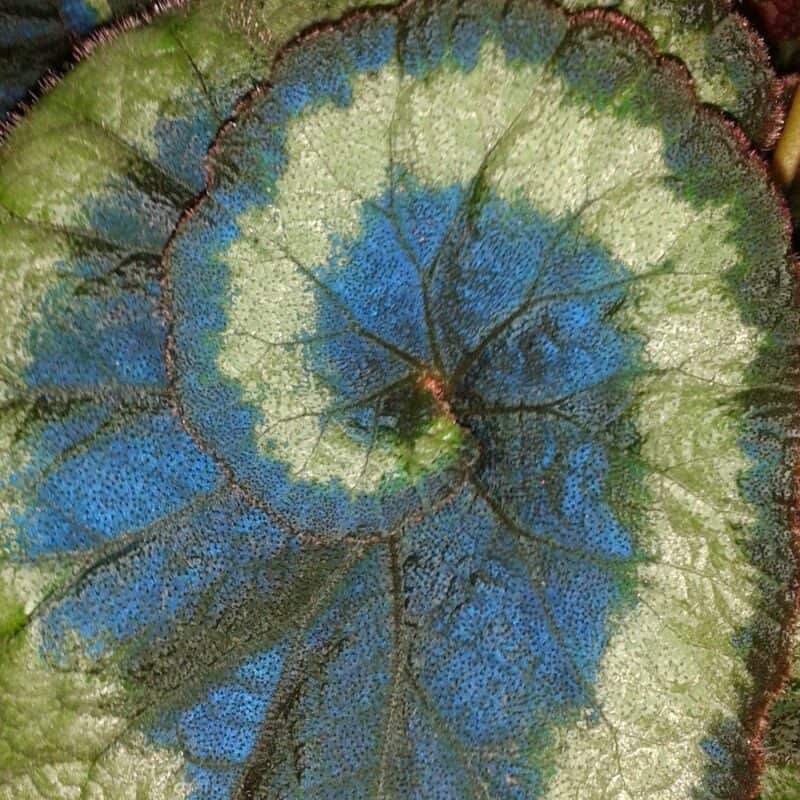 It sounds like an evolutionary mistake – why would a plant that lives in the dark understory of a tropical forest reflect light from its leaves? But it’s actually a brilliant way to manipulate light and jack up photosynthetic efficiency.

A team of researchers in the UK led by Heather Whitney from the University of Bristol closely examined the structures inside Begonia pavonina cells and found the light-harvesting process increased the plant’s photosynthesising efficiency by as much as 10%.

The work was published in Nature Plants.

B. pavonina lives in the understory of Malaysian tropical forests. And much like a soap bubble or beetle shell, the vibrant blue B. pavonina leaves are iridescent, which means their colour shifts with viewing angle.

In a study earlier this year, Whitney was part of a team that found iridescence in some flower petals signalled to pollinators.

But in leaves, she says, the purpose wasn’t so clear-cut – especially in a species that spends its life under thick canopies where little sunlight penetrates.

“It appears so counter-intuitive,” Whitney says. “Why would plants that live in such dark surroundings actually go to the trouble of producing structures that reflect photosynthetically useful light?”

Whitney and her crew observed the leaves under a light microscope and saw its blue colour stemmed from unusual chloroplasts – the structures responsible for photosynthesis, which uses sunlight to convert carbon dioxide and water into sugar and oxygen – called iridoplasts.

Normal chloroplasts contain membranes like stacked pancakes called thylakoids. They can be variable in size and thickness and their primary function is to absorb light.

In iridoplasts, though, Whitney saw the thylakoids, stacked around three or four high, were regularly spaced. This means the iridoplasts regulated light, letting only certain colours (or wavelengths) pass and ramping up the amount of light captured at the green end of the light spectrum.

So the wavelengths most useful to photosynthesis were concentrated, making the best use of the little light available.

The effect may not be limited to B. pavonina. Since iridoplasts are present in a diverse range of plants – not only iridescent ones – the researchers write the light-harvesting prowess of B. pavonina could be widespread.

“While the fact that chloroplasts interact with light has obviously long been known, that they can manipulate this light gives us a whole new perspective on chloroplasts and photosynthesis as a whole,” Whitney says.