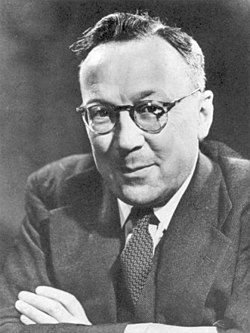 In April 1935, British physicist Robert Watson-Watt was granted a patent for his design of a radio system for detecting aircraft in flight. The system was described as Radio Detection And Ranging, and because of it, Watson-Watt became known as the inventor of RADAR.

Of course, the title “inventor of radar” is more of an honorific than a factual description.

Indeed, J. A. Ratcliffe’s biographical memoir of Watson-Watt, written for Britain’s Royal Society after his death on 5 December 1973, says that, “When the time came to apportion credit he was meticulous in recording the contributions of the men around him, and in acknowledging his own debt to his scientific predecessors”.

Writing in the 15 September 1945 edition of the journal Nature, in an article headlined “Radar in war and peace”, Watson-Watt acknowledges people whose discoveries were incorporated into his radar system, such as his colleague, British physicist Edward Appleton, who went on to win the 1947 Nobel Prize in Physics, for his studies that proved the existence of the layer in the upper atmosphere called the ionosphere.

Beginning in 1923, the pair published a series of influential articles for the Royal Society titled “On the nature of atmospherics”.

A 2006 article in APS News, published by the American Physical Society, says the “basic principles needed for radar systems were established in the 1880s”, by German physicist Heinrich Hertz, who produced and transmitted a form of electromagnetic radiation across his laboratory and “noticed that some materials transmit radio waves while others reflect them”.

Watson-Watt was born in Brechin, Angus, Scotland, on 13 April 1892, a fact that accords him a place in the Scottish Science Hall of Fame, which says that although “he did not invent the idea of radio detection, he was the first to prove it could work on a large scale”.

After graduating with a bachelor of science degree in engineering, and taking a class medal in natural philosophy (physics), from University College in Dundee, which was part of St Andrew’s University, he continued on as an assistant professor and took up studies in “wireless telegraphy”, better known today as radio.

In 1915 Watson-Watt went to work as a meteorologist at the Meteorological Office, where he was able to try out his ideas on using radio to detect thunderstorms.

As an article published by the US-based Worldwide Independent Inventors Association explains, “lightning gives off a radio signal as it ionises the air”, and, by using a directional antenna that could be manually turned, and a cathode-ray oscilloscope, Watson-Watt was able to detect this signal and warn pilots of oncoming storms.

Following his success with weather tracking, in 1924 Watson-Watt went to work at the new Radio Research Centre at Ditton Park, near London, in charge of the radio department.

In 1933, in response to German claims that it had built a death ray that used radio waves capable of destroying targets in Britain, Watson-Watt was asked if he could develop a similar weapon that could destroy German aircraft before they attacked.

No, was his answer. He believed, however, that he could develop a machine able to detect an aircraft in flight before it was visible.

The APS describes how, in February 1935, Watson-Watt “demonstrated to an Air Ministry committee the first practical radio system for detecting aircraft”, in what became known as “the Daventry experiment”, and that he was was soon using pulsed radio waves to detect airplanes up to 130 kilometres away.

With war on the horizon, Britain began building “Chain Home”, a network of radar stations along the coast of England, using Watson-Watts’ designs, which “successfully alerted the Royal Air Force to approaching enemy bombers, and helped defend Britain against the German Luftwaffe in the Battle of Britain”.

An article in the Engineering and Technology Wiki explains that, “like all pulsed radars, Chain Home sent a burst of radio energy at a target, then measured the time it took for the energy to reflect back to its receiver”.

“What made Chain Home unusual was how it measured the bearing of (or direction to) the target … [it] relied on antennas that illuminated a huge area, like a floodlight. These antennas did not move or scan at all. Rather, Chain Home radar operators chose a target (“blip”) on their screen and turned the knob of a special coil-like instrument to null out or minimise the blip. Then they could read the direction to this target from a scale around the knob. This device (called a radio goniometer) electronically steered the nulls from a pair of simple fixed receiving antennas.”

It was based on the idea Watson-Watt had come up with while tracking radio static generated by thunderstorms years before the war.

After the war, it was pointed out that Chain Home typically operated at frequencies of 22–50 megahertz, which were much lower than radars developed in other countries, which led Watson-Watt to come up with what has come to be called “the cult of the imperfect: “Always strive to give the military the third best to go on with; the second-best comes too late, [and] the best never comes.”

Years later, Watson-Watt had moved to Canada for business and, at age 64, while driving in his car, received a speeding ticket from a policeman using a radar device. The experience prompted him to write this poem, titled “A Rough Justice”:

And thus, with others I can mention,
the victim of his own invention.

but now by some ironic twist
it spots the speeding motorist

and bites, no doubt with legal wit,
the hand that once created it.

with fondest sympathy regard
one more hoist with his petard.

As for you courageous boffins
who may be nailing up your coffins,

particularly those whose mission
deals in the realm of nuclear fission,

pause and contemplate fate’s counterplot
and learn with us what’s Watson-Watt.