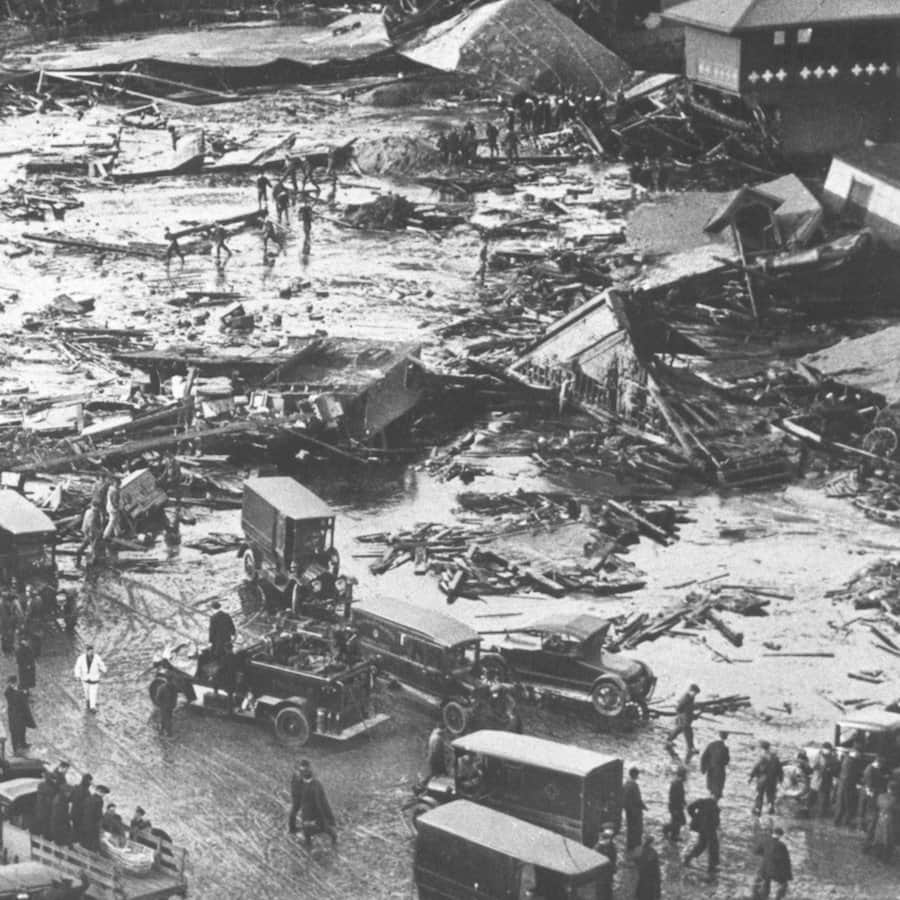 When Americans grumble about events taking place too sluggishly, they often complain they’re moving slower than molasses in January, the heart of the northern winter.

But on 15 January 1919, when a giant molasses tank burst in Boston’s North End, nearly nine million litres of molasses, enough to fill 3.5 Olympic-sized swimming pools, surged into the streets at speeds faster than anyone imagined possible – in excess of 15 metres per second, according to contemporaneous newspaper reports.

That’s faster than anyone has ever run: fast enough to kill 21 people, injure 150 others, destroy buildings and even damage the city’s elevated railway.

But it’s only now that scientists are really beginning to understand the flood’s dynamics.

In a paper presented in Portland, Oregon, at the American Physical Society’s Division of Fluid Dynamics, aerospace engineer Nicole Sharp measured the viscosity of molasses in the lab at various temperatures and humidities, then used a walk-in refrigerator to see how the sticky syrup flowed under weather conditions similar to those recorded for that fatal day in Boston.

She then applied the same methods geophysicists use to model underwater landslides to treat the event as a “gravity flow” in which a dense fluid (molasses) is suddenly released into a less dense one (air).

What she found was that there was an initial “tsunami” that lasted 30 to 60 seconds, followed by a slower flow that spread the mess to a radius of about 200 metres even after the outburst’s initial power had largely been spent.

“[Molasses] is 1.5 times denser than water, so it can move fast, now matter how crazy that sounds in 5 °C weather,” she said.

Other scientists are impressed. “I think it’s cool when people use a historical problem to advance physics,” says A. Jeffrey Giacomin of Queens University, Kingston, Ontario and editor-in-chief of the journal AIP: Physics of Fluids. “I want this paper in my journal, not somebody else’s.”

Sharp wants to develop the research into a YouTube video, and then into an entire high school or undergraduate course that uses the disaster as a case study to examine everything from fluid dynamics and structural engineering to history and law.

“I think it’s valuable to give people a perspective of how this all fits together,” she says.