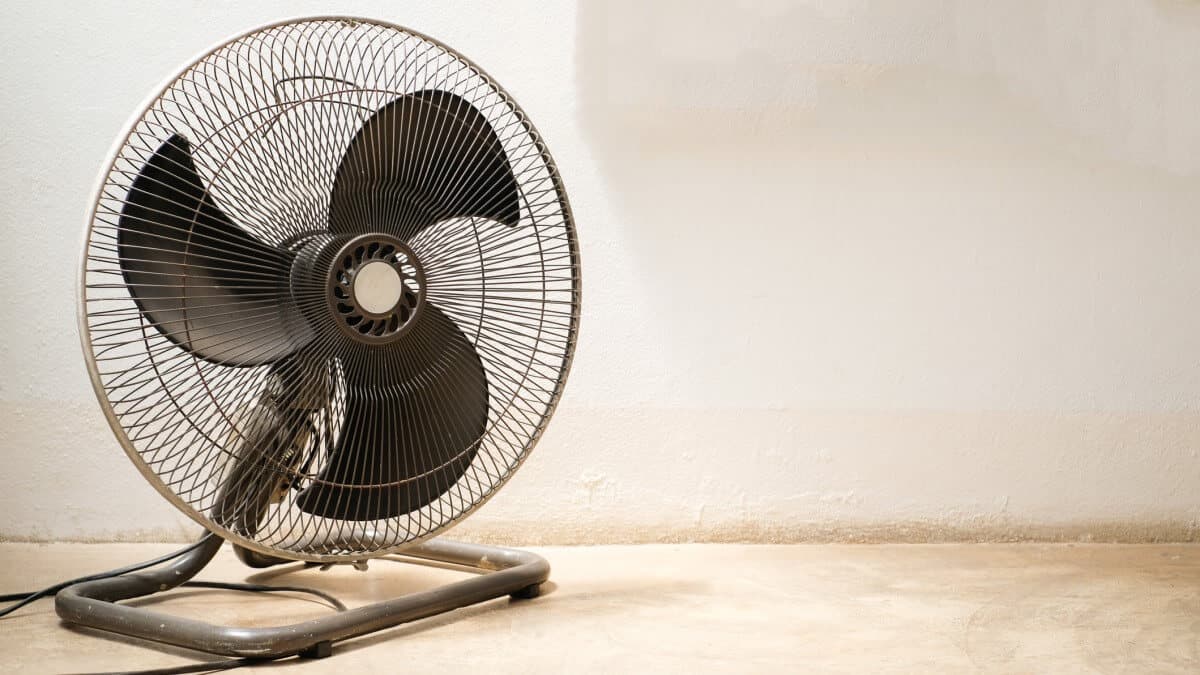 It's an illusion that can affect fans, wheels and even propellers. Credit: Jackyenjoyphotography / Moment / Getty Images.

Why do blades on fans, aeroplane propellers and car radiator fans look like they are spinning backwards at a certain speed?

This has probably happened to you: you’re watching a video of a car driving or an aeroplane flying with a propeller. As the wheels or propeller speed up, at some point they appear to stop moving, or even rotate in the opposite direction.

Or maybe you’ve even switched on a fan and observed the blades appear to spin backwards as you watched. What’s going on?

A phenomenon known as the “wagon-wheel effect” is most likely at work.

The effect is most commonly observed in filmed media, like videos or movies – let’s focus on those for now.

You may already know that videos, TV shows and films don’t show truly moving images. Instead, they display a series of still images, called frames, in quick succession. Because the images change so quickly, our brains are tricked into seeing motion.

It’s like a flip-book animation – if you turn the pages slowly, you see a series of drawings changing slightly from one page to the next. If you flip through the pages rapidly, the drawings appear to move.

Now, think about a circular object with straight lines running from the centre of the circle to its perimeter – like the spokes on a wheel, the blades on a fan or propeller, or even the arms on an analogue clock.

As the object rotates, the lines move around the circle.

If you take a series of pictures of the spinning object, the position of the lines will change slightly in each one. Each picture is one frame in the video.

If the object completes a single rotation in between one frame and the next, the lines will be in exactly the same position in both frames – it will look like they haven’t moved at all. The same will apply if the object completes exactly two rotations, or 100 rotations, between one frame and the next. Even if the object is spinning, if its rotation matches perfectly with the frame rate, it will appear to be stationary in a video.

If the object completes slightly less than a full rotation between frames, the lines will look like they’re slightly behind where they were in the previous frame. This gives the illusion of spinning backwards.

If the object keeps spinning faster and faster, eventually the lines become blurred enough that the effect disappears, as we can no longer differentiate the individual lines.

So that’s how the wagon-wheel effect works on camera. But what if you’re looking at something with your own eyes?

The same effect can be created in real life under a strobing or flickering light, such as a fluorescent light. The flickering light has a similar effect of separating what you see into separate “frames” rather than continuous movement.

There are other physical mechanisms that can produce a similar effect. Remarkably, a 1967 paper in the journal Nature reported that humming at specific frequencies could cause the eyes to vibrate and recreate the wagon-wheel effect under constant lighting. The paper’s author, W.A.H. Rushton of Cambridge University, UK, wrote that changing the frequency of one’s humming could make a rotating black and white disc appear to change speed, stop, or spin in the opposite direction.

Others have reported that the vibrations of a moving car’s engine, or even eating crunchy foods while watching TV, can create a wagon-wheel illusion (we encourage readers to test out that last one at home).

Outside of this, neuroscientists don’t yet agree on the precise mechanism behind why the wagon-wheel effect may occasionally occur under constant lighting, like daylight. The leading theory is that it’s due to our brains creating multiple interpretations of confusing or ambiguous images. Another idea – less accepted – is that our vision actually works similarly to a video camera, processing distinct frames rather than continuous movement.

Originally published by Cosmos as Why do fans sometimes look like they’re spinning backwards?