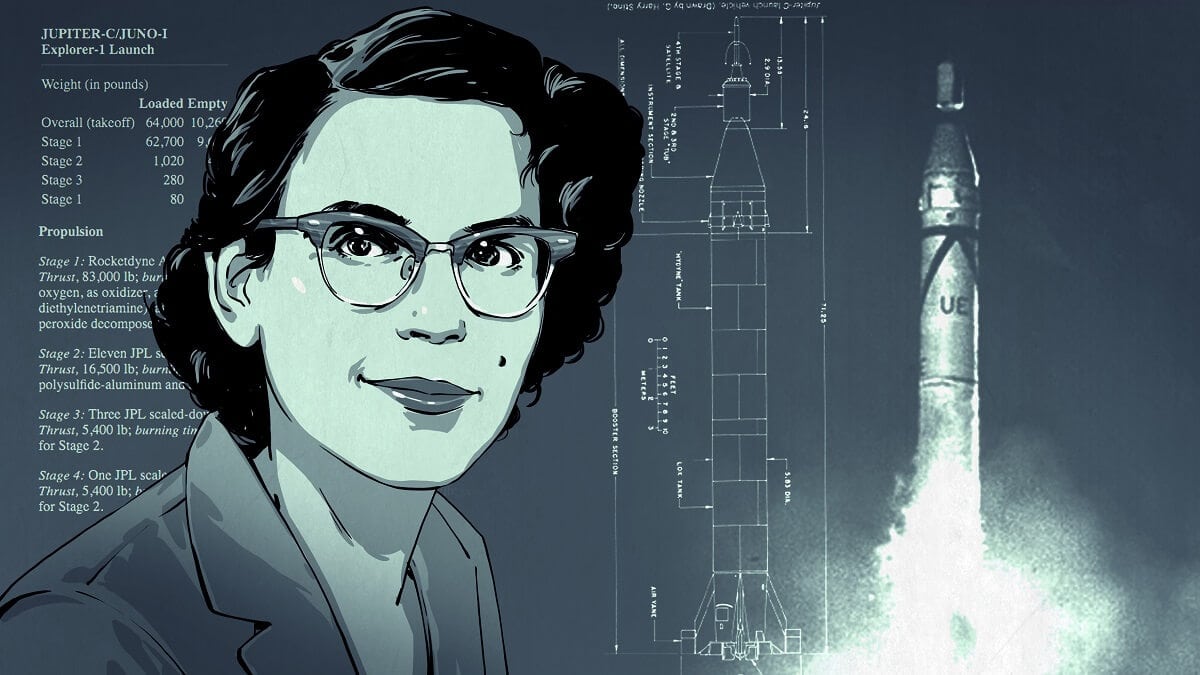 In 2008, American playwright George Morgan wrote a play titled Rocket Girl, which he followed up in 2013 with a book with the same title, plus the subtitle “The Story of Mary Sherman Morgan, America’s First Female Rocket Scientist”.

The subject of Morgan’s play and book is his mother, Mary Sherman Morgan. When she died, on 4 August 2004, he wrote an obituary, which he submitted to the Los Angeles Times. But the newspaper “refused to print it on the grounds they could not verify any of its information”, George said in a 2014 California State University Channel Islands media report.

An article in Chemistry World magazine, headlined “Mary Sherman Morgan: The best-kept secret in the space race”, describes how as a youngster George had enjoyed tinkering with toy rockets, but it wasn’t until he’d become a teenager that his father took him aside and confided, “‘You know, your mother invented the rocket fuel that launched America’s first satellite, right?’”

After her death, and the rejection of the obituary he’d written for her, George set about trying to learn about and document his mother’s accomplishments.

His efforts were made more challenging by a couple of factors. One was the nature of his mother’s work, cloaked as it was in secrecy mandated by the 1950s cold war and space race between the Soviet Union and the United States; and by his mother’s natural reticence to talk about herself.

To learn more about his mother, George started a blog, asking for “any historical stories or personal anecdotes you know about Mary Sherman Morgan, America’s first female rocket scientist”.

He learned that Mary Sherman was born on a farm in tiny Ray, North Dakota, on 4 November 1921. The family was poor, and she was not allowed to go to school until the age of nine. Nevertheless, she graduated first in her high school class in 1939, showing a remarkable affinity for chemistry, which earned her a place at Minot State University, as a chemistry major.

With the outbreak of World War II, she was lured away from academia, her degree studies incomplete, and went to work in a munitions factory as a chemical analyst, producing explosives for the military.

After the war ended, she was hired by North American Aviation (NAA), in California, “the only woman out of 900 engineers”, says an article in How It Works magazine, where she went to work “calculating the performance of rocket propellants and designing specialty fuels to work with different engines”.

On 4 October 1957, the Soviet Union launched Sputnik 1, and, according to the US National Aeronautics and Space Administration, “history changed”.

“The world’s first artificial satellite was about the size of a beach ball (58cm in diameter), weighed only 83.6kg, and took about 98 minutes to orbit Earth on its elliptical path,” NASA says. “That launch ushered in new political, military, technological, and scientific developments. While the Sputnik launch was a single event, it marked the start of the space age and the US-USSR space race.”

A key member of the US space effort was German scientist Wernher von Braun, who developed the V2 rocket for the Nazis during the Second World War.

Chemistry World describes how von Braun and his team had pinned their hopes on the “Jupiter C rocket with its A-7 engine, adapted from the V2”.

“The engine ran on a mixture of ethanol and water as the fuel and liquid oxygen (known as lox) as the oxidiser, but although powerful, even the expertise of von Braun and his team could only get enough specific impulse from the engine propellant to get it 93.1 per cent of the way to orbit.”

At this point, the US military contracted NAA to formulate a more powerful rocket fuel. As Physics Today magazine reports, “Morgan was named the technical lead of the project”.

Her work resulted in Hydyne, Physics Today says, “a rocket fuel composed of 60 per cent unsymmetrical dimethylhydrazine and 40 per cent diethylenetriamine. Hydyne was used for the first stage of America’s first successful satellite launch, Explorer 1, on 31 January 1958.”

Chemistry Today says Morgan wanted to call her fuel mixture “bagel”, so that when joined with the liquid oxygen, they would “be would be known as ‘bagel and lox’. The more sober-minded military overruled and named it Hydyne.”