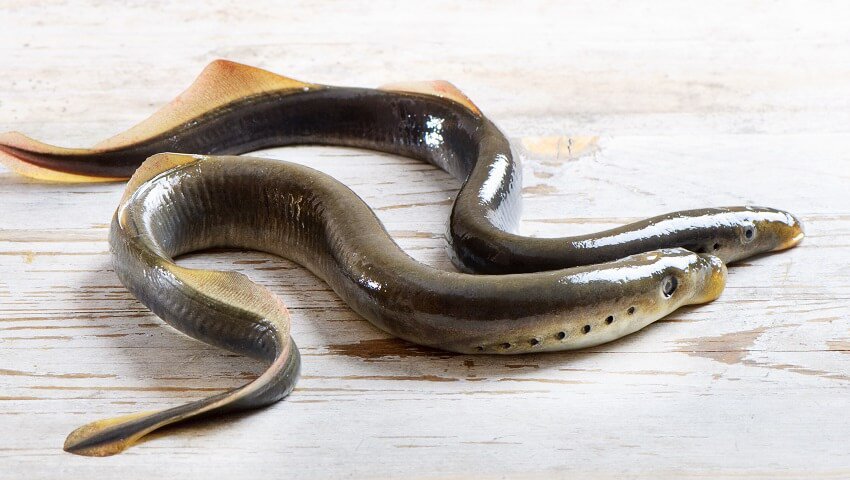 For a long time, it was thought that the lamprey – jawless fish of the superclass Cyclostomata – were remnants of a past ancestor of all animals with a backbone (including humans), because they are genetic relatives of vertebrates, but they have a cartilage backbone.

They start life as tiny, simple filter feeders and then metamorphose into a blood-sucking eel-like creature up to 100 times the size. The unique lifecycle means that extant larvae are very different in behaviour and anatomy from adults, which was one of the reasons the larvae were thought to be primitive “leftovers” from evolution.

Now, a team led by Tetsuto Miyashita from the Canadian Museum of Nature has found some baby lamprey fossils in multiple stages of life – one fossil even had preserved soft tissue indicating a yolk sac – that upend the idea that their life cycle reflects the evolution of vertebrates.

“We’ve basically removed lampreys from the position of the ancestral condition of vertebrates,” says Miyashita. “So now we need an alternative.”

Surprisingly, the ancient hatchlings resembled modern lamprey adults more than present-day hatchlings do. Like modern adults, the ancient babies had large eyes and wide, toothy mouths that were perfect for sucking blood, and these traits were seen in multiple life stages.

This challenges the idea that lamprey larvae resembled ancient vertebrates – primitive blind filter feeders with a spinal cord and no backbone – and instead suggests that this particular larval trait isn’t a “primitive” one that survived evolution, but one that’s evolved since ancient times.

“Modern lamprey larvae have been used as a model of the ancestral condition that gave rise to the vertebrate lineages,” Miyashita says.

“They seemed primitive enough, comparable to wormy invertebrates, and their qualities matched the preferred narrative of vertebrate ancestry.

“But we didn’t have evidence that such a rudimentary form goes all the way back to the beginning of vertebrate evolution.”

Instead, the filter-feeding nature of the larvae may have helped them move from a marine environment into rivers. All the fossils were found in marine sediment, but most modern-day lampreys live in freshwater, the autors suggest in their paper, published in Nature.

“Lampreys are not quite the swimming time capsules that we once thought they were,” says co-author Michael Coates, of the University of Chicago.

“They remain important and essential for understanding the deep history of vertebrate diversity, but we also need to recognise that they, too, have evolved and specialised in their own right.”