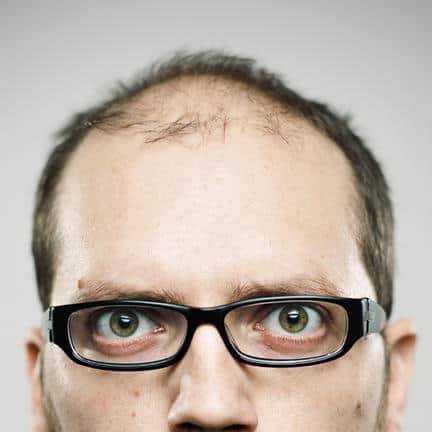 Losing your luscious locks is, for many men and women, an unavoidable part of ageing. And it doesn’t just happen to people – other mammals that live long enough, such as old mice, also start balding.

Exactly why, though, is a mystery – and one that the more vain among us would like to see solved. Is it genetic, environmental or both?

A study published in the journal Science today found accumulated DNA damage is partly to blame. It points to the role of hair follicle stem cells – the replicating cells that generate the “nest” each hair grows in.

Hair follicles aren’t just holes with hair poking out. They are organs that house a number of structures, including sebaceous glands, which produce the oily substance, sebum, which lubricates the hair. The follicles are fed by a network of blood vessels and nerves.

The hair itself grows in a cycle, with hair follicle stem cells cycling through growing and resting phases. The longer the growth phase, the longer the hair.

But when hair follicles shrink, the hairs become shorter, thinner and sparser and balding sets in.

So Hiroyuki Matsumura from the Tokyo Medical and Dental University and colleagues looked in detail at what happens to hair follicle stem cells as they age.

Using a type of mouse that starts to go bald at around 18 months old, the researchers found accumulated damage to hair follicle stem cells’ DNA – by, for instance, UV light or errors in replication – ended up reducing a type of collagen which is needed by stem cells to stay healthy.

And when they bred mice that lacked the collagen gene, hair follicle stem cells were missing altogether.

So does this spell the end of baldness? Is it time to throw away the toupees and ditch the hair growth cream?

Well, no. But while it doesn’t directly provide the cure for baldness, studies such as this, which piece together small parts of the hair-growth puzzle, are crucial to regenerative medicine and slowing ageing, write stem cell researchers Mingxing Lei and Cheng-Ming Chuong in an accompanying commentary piece.

Originally published by Cosmos as Why do some people go bald?