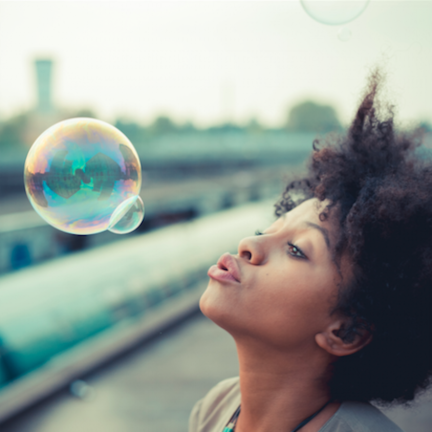 Blowing soap bubbles is, quite literally, child’s play – but the physics underlying the simple pastime have only just been unravelled.

Scientists from the University of Rennes in France built a bubble-blowing machine and mathematically explained how bubbles are formed when air is blown onto a film of soap. They published their model in Physical Review Letters.

Inspired by children blowing bubbles in a local park, physicists Laurent Courbin and Pascal Panizza realised that while the physics of bursting bubbles has been well studied, how bubbles form was neglected.

To understand the underlying mechanics of a growing bubble, though, they needed really big bubbles – the ones blown by kids in the park were far too small. And to blow a big bubble, you need a big “bubble wand” – the hoop containing a stretched film of soap from where bubbles are blown.

So with colleagues Louis Salkin and Alexandre Schmit, they built a bubble wand as big as a child – a metre tall – made of wire.

They also built a metre-tall “vertically falling soap film”. This was like a bubble wand, but fed by an injection nozzle at the top to keep the soapy film uniform. It was also fully adjustable – they could make the film thicker or thinner as they liked.

Instead of a set of lips, an air hose bombarded the soapy film with bursts of gas, and a camera snapped side-on shots of the bulging bubbles.

At the beginning, they saw low gas speeds only amounted to slight bulges in the soapy film, not surprisingly.

But as they turned up the speed, bubbles bulged and pinched off when the jet’s pressure was large enough to push the film out to the same width as the hose.

So why bother studying soap bubbles?

Understanding and controlling bubble formation is important for industrial processes such as foam production, as well as those wanting to avoid bubbles, such as glassmaking, Courbin says.

But rather than translating to real-world applications, he adds, “this paper is really about explaining an everyday-life experiment”.