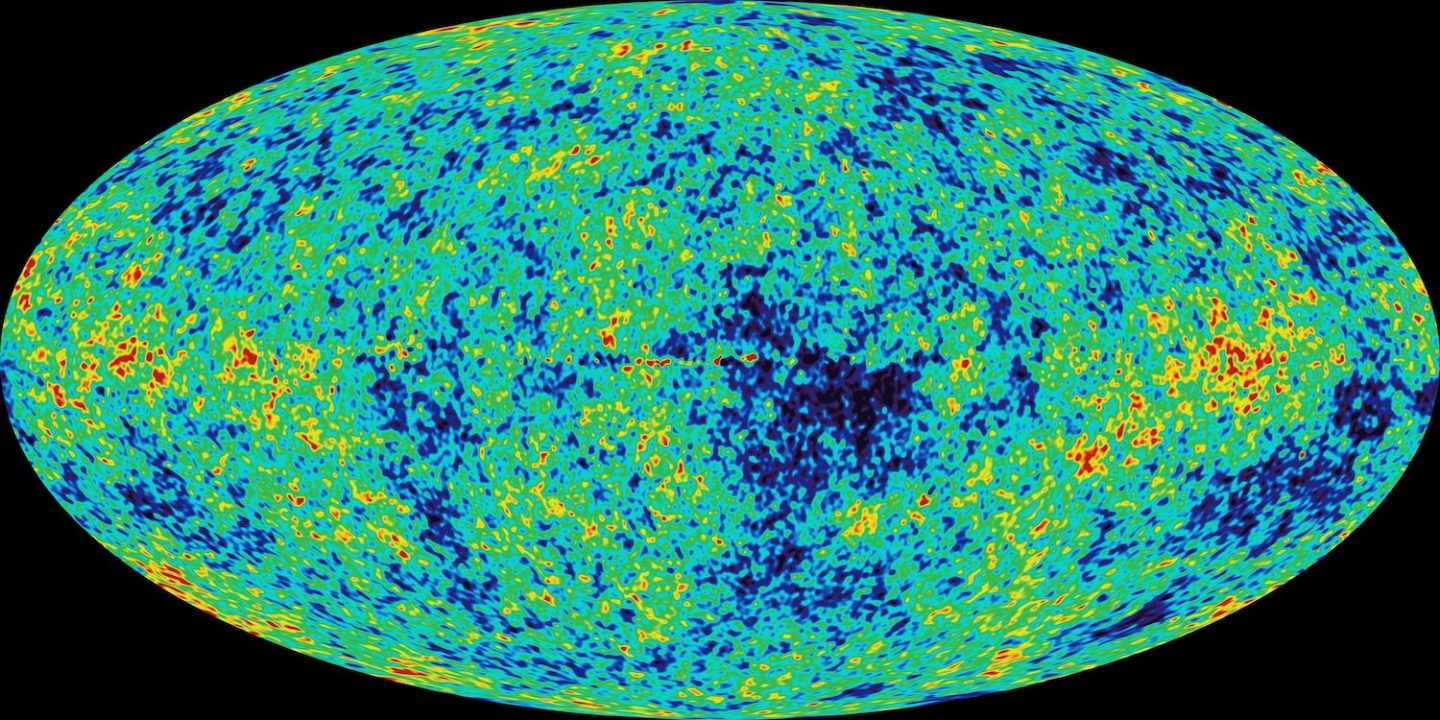 The cosmic microwave background, as imaged by the European Space Agency’s Planck satellite, from which measurements of the early universe's rate of expansion were derived. Credit: NASA/SCIENCE PHOTO LIBRARY

The universe is expanding faster than predicted, new data reveal, indicating that something is missing from the current cosmological model.

Researchers led by Nobel laureate Adam Reiss from Johns Hopkins University in the US used a new method of data-gathering from NASA’s Hubble Space Telescope to track the movements of 70 stars in the Large Magellanic Cloud (LMC) – the galaxy next to the Milky Way – to achieve a more tightly constrained measure of their movements.

The results were combined with those made by the Araucaria Project, a collaboration between astronomers from institutions in Chile, the US and Europe that is also concerned with refining distance measurements of stars within the LMC.

Together, the two sets of results permitted a much more accurate reassessment of what astronomers call the “cosmic distance ladder”, a collection of cascading measures by which distances between celestial objects are calculated. The ladder is used to determine the Hubble Constant – the rate at which the universe expands over time.

The findings were then compared to the values derived from observations of the early universe’s expansion, made by the European Space Agency’s Planck satellite. The satellite measured conditions in the universe only about 380,000 years after the Big Bang, from which the initial expansion rate could also be derived.

It has long been assumed that the Hubble Constant is, as the name suggests, constant, and that the rate at which the universe is expanding is the same today as it was pretty much 14 billion years ago.

The work of Reiss and his team has now blown that certainty away, revealing that the universe is now expanding around 9% faster now than it was in the deep past.

The new measurements, the researchers report in The Astrophysical Journal, establish new constraints, and reduce the chance that the readings could be wrong from one in 300 to one in 100,000.

“This is not just two experiments disagreeing,” Riess explains.

“We are measuring something fundamentally different. One is a measurement of how fast the universe is expanding today, as we see it.

“The other is a prediction based on the physics of the early universe and on measurements of how fast it ought to be expanding. If these values don’t agree, there becomes a very strong likelihood that we’re missing something in the cosmological model that connects the two eras.”

The Hubble constant is of course a precise function, but there has always existed a degree of uncertainty concerning the accuracy of the data fed into it. The latest results reduce that uncertainty from 10% in 2001 to 1.9% – making the chances that the 9% disparity between the Plank and Hubble data is just a statistical glitch very unlikely.

“This mismatch has been growing and has now reached a point that is really impossible to dismiss as a fluke,” says Reiss. “This is not what we expected.”

The researchers intend to establish another series of observations to try to reduce the uncertainty in the Hubble Constant input to 1% – and then to close in on why the universe appears to have sped up.

A full copy of the paper is available on the preprint server arXiv.