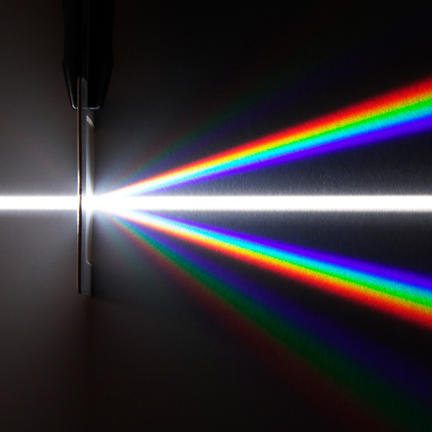 Light has played a revolutionary role in human civilisation. Where will it take us next?

In modern life photons – the fundamental particle of light – scurry around to do our bidding. From the red laser that scans your groceries at the supermarket, to the gigabytes of data carried by optical fibres to crunch climate models for the recent Paris COP conference, our modern existence is built on light.

People have been fascinated by light since ancient times. Our eyes evolved to detect photons in the visible spectrum. They relay vast amounts of information from the world around us, but this is only a small slice of an electromagnetic spectrum that spans from gamma-rays, such as those used to treat cancer, to the radio-waves that probe distant stars.

Ancient civilisations experimented with light from the Sun, observing shiny surfaces and water to figure out many of the physical principals we use today. For instance early scientists saw that light “likes” to be in a more dense material. This effect, known as total internal reflection, is the mechanism by which the optical fibres that are used in today’s telecommunications networks operate. The field of optics was born in the Renaissance period and expanded our scope of the universe. Galileo’s refined telescopes showed us the moons of Jupiter and Anton van Leeuwenhoek’s ground lens revealed “little creatures” lurking in water.

We are starting to use photons to “see” what was previously hidden.

Early scientists thought of light as being made up of rays that travel in straight lines until they hit a surface where they may change direction, reflecting or refracting. In the late 17th century the debate heated up, with Newton postulating that light was made of tiny particles, and Christiaan Huygens putting forward the wave theory of light. The wave theory explained many everyday phenomena, including diffraction and interference.

We now know that they were both right. The work of James Clerk Maxwell in the 19th Century laid the foundations for thinking of light as an electromagnetic wave – oscillations of electric and magnetic fields that transport energy. Einstein’s self-proclaimed “greatest work” on the fundamental nature of light identified that it is made up of photons. Depending on what questions you ask of photons or what experiment you do, sometimes light behaves like a wave and other times like a particle.

Maxwell developed a set of equations that allow us to predict what light will do as it travels through any material. Fascinatingly, despite now being hundreds of years old, these equations still accurately describe what light will do when we send it through wonderfully exotic materials that exist because of advances in nanotechnology and materials science.

The invention of the laser in 1960 triggered a revolution in optics and the birth of the field known as photonics – the science of the photon, the fundamental unit of light. It transformed consumer goods, manufacturing, health-care and defence. The second revolution in the 1970s and 1980s was triggered by the development of highly transparent optical fibres and optical telecommunication systems. It transformed the way we communicate and ushered in the digital age.

I believe we are at the cusp of the third revolution in photonics. We are starting to use photons to “see” what was previously hidden. For instance photon-based technologies can show us where an aircraft is rusting (once covered by a layer of paint); bungs in wine barrels can communicate the state of the wine within; drills can sense minerals deep in the Earth; nanoscale photonic probes can monitor individual cells within the body.

Bring on the third revolution of light.

Tanya Monro is deputy vice chancellor research and innovation, at the University of South Australia.