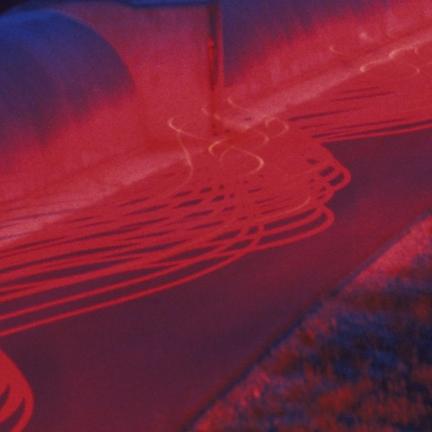 Update: On 12 February 2016 scientists announced they detected gravitational waves using LIGO after its refurbishment in September 2015.

Some cosmic events are so cataclysmic they shake the very fabric of space-time itself. Two black holes smashing into one another at close to the speed of light, two neutron stars colliding – these are the earthquakes of the Universe.

And LIGO listens for their shockwaves – ripples in space-time, which Albert Einstein predicted in 1916, coining the term “gravitational waves”.

But, while we have indirect evidence of their existence, until now nobody has directly caught one, making them the last, great unproved prediction of general relativity, Einstein’s masterpiece theory of gravity.

That’s where LIGO (the Laser Interferometer Gravitational-Wave Observatory) comes in.

This $600 million instrument is designed by physicists at MIT and Caltech (including Kip Thorne, the astrophysicist advisor on the movie Interstellar) specifically to catch gravitational waves.

You can think of LIGO as the most sensitive ruler ever made. As gravitational waves ripple over us, they cause tiny changes in the dimensions of whatever they pass through.

Everything on Earth, including your own body, expands and contracts in concert with the waves. These expansions and contractions are unbelievably tiny, far smaller than a single atom – which is why they’ve never been detected.

LIGO is designed to detect changes in its length of about one thousandth the diameter of a proton – 10−18 metres – maybe just enough to catch a gravitational wave sent out by a cosmic cataclysm in a nearby galaxy.

LIGO has two detectors, one at the Hanford nuclear complex in Washington and one in Louisiana, 3,000 kilometres away.

Each detector looks like a giant “L” stamped on the landscape – two four-kilometre arms at right angles to one another.

Inside each arm is a tunnel carrying a laser beam.

The laser bounces up and down each arm of the detector before recombining at a detector.

Any expansion of one of the arms relative to the other will shift a mirror slightly, changing the pattern revealed on the detector.

But with such sensitive equipment, local effects – even traffic rumbling 10 kilometres away – can create vibrations that might be confused with gravitational waves.

That’s why LIGO needs two detectors set up far apart from one another. Any local noise will only affect one of the detectors, while a real ripple in spacetime will show the same signal for both.

Meanwhile, astrophysicists have used general relativity to work out what signals of extreme events would look like.

They believe a collision of two black holes, for example, would make a characteristic “chirp” as the black holes spiral into one another, a “burst” as they merge, then a “ringing” recoil before a final decay. A neutron star collision would sound similar, but at a higher pitch.

LIGO performed its first demonstration run from 2002 to 2010, although it was not then sensitive enough to detect anything.

It was then shut down for a five-year upgrade, while engineers improved the isolation from vibrations, work that should improve its sensitivity 10-fold.

The rechristened Advanced LIGO was switched on again in September 2015, now capable of detecting gravitational waves from as far away as 225 million light years. Its reach encompasses the giant Virgo supercluster of more than a million galaxies.

With so many galaxies to choose from, LIGO is much more likely to catch the rare extreme events such as black hole or neutron star collisions.

The only shortcoming of the current LIGO system is that we only have two detectors and will be unable to triangulate any signal. That means we won’t know where it’s coming from.

But if we had more detectors, we’d be able to localise the signal (as the wave would wash over detectors on one side of the world before reaching the others).

The LIGO team are already planning that sort of system, with the first likely set for India in the early 2020s.

But first we need to see if we have the proof from the current instruments.

Within weeks of the restart, the physics community was abuzz with that LIGO had detected a spectacular event, although the researchers themselves have remained coy while poring over the data.

If LIGO has detected gravitational waves it would be the culmination of a 100-year quest, and mean a certain Nobel prize for its leaders.

More significantly, it would pave the way for a new era in astronomy, in the same way that the telescope did in the 17th century or the radio telescopes did in the 20th.

Further reading:
Einstein's gravitational waves remain elusive
Star dust and gravitational waves
Ripples in the fabric of space-time
General Relativity – still ahead of its time
New model of the cosmos: a Universe that begins again