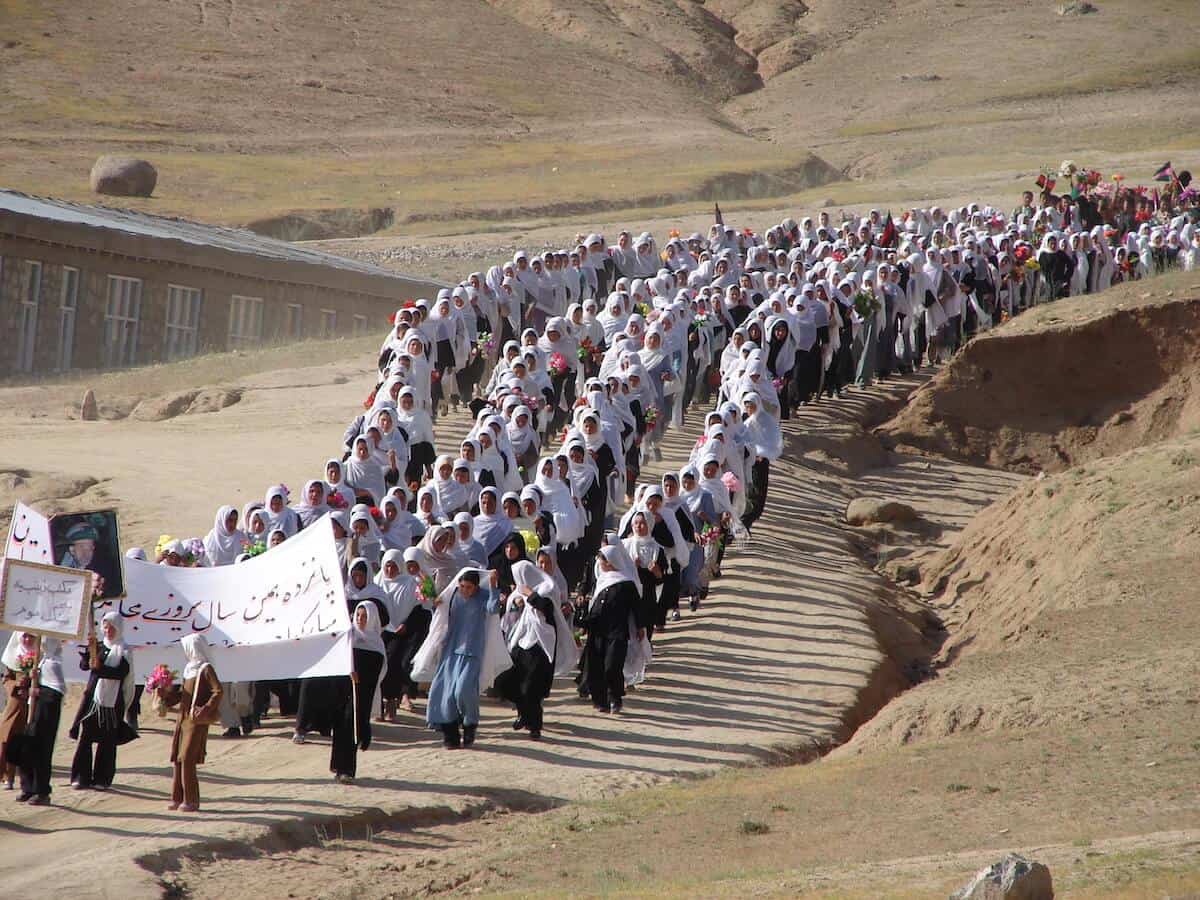 When the Taliban re-took Kabul last month, we asked people with close knowledge of education in Afghanistan what they believed would change. What we learnt is that we knew exactly nothing about education in a country that Australian forces helped occupy for two decades.

In Afghanistan, Farkhondeh Akbari’s friends and family members are burning their hard-won degrees and diplomas. They are their proudest achievements, and yet they are now also among their most dangerous possessions. For Akbari, who fled Afghanistan with her family when she was eight, spending time in Pakistan and Iran before arriving in Australia in the early 2000s, it’s led to a heart-breaking responsibility.

“Students are burning their degrees, so that they cannot be recognised as somebody who has been affiliated [with] or benefited from the opportunities of the last 20 years,” she says. “Right now, on my phone, I have many, many certificates and degrees that my friends and my relatives took photos of and sent to me before they would burn them.”

When the Taliban marched into Kabul last month, regaining power in Afghanistan, access to education and the rights of Afghan women became media talking points, but little has really been known about the reality of education in the country.

Akbari, who is in the final stages of completing her PhD in diplomacy and peace settlements at the Australian National University, had never been to school when she left Afghanistan just before her ninth birthday. From a refugee camp in Iran, she watched longingly as other children went to and from the school.

“Every day I saw thousands of girls walking into that school,” she says. “It was a beautiful brick-built school and the girls were wearing white scarves, long shirts and trousers, and very colourful backpacks.

“When I was looking at them, I just prayed and wished that one day I could be them – I could wear the colourful backpack and walk to school.

“We were resettled to Western Australia and I went to an Australian Islamic college. And I was so excited. In honour of those days, I wore a white scarf and I bought the most colourful backpack that I could find in the shop. And then I went to school and I really threw myself into the education.”

A return visit to the relatively peaceful Daikundi in 2010 revealed the conditions under which many Afghan teachers and students really worked and studied.

“My cousins walk for three hours each way to be able to attend that school, which is in the outdoors, and they say that the mountain is their classroom, and the sky is the roof of their classroom.

“I was like, ‘what motivates you to go to that school, to walk three hours each way across the mountainous region?’ And there were like, ‘education is the only way for us to change our fate, especially for girls. This is something that could change our future and the future of our families and [by] extension, our ethnic group, our province, our country.’

“It was amazing for me, because I was going there from just finishing my high school in Year 12.”

Even simply gaining access to education has been difficult for children in a country besieged by war for four decades, starting with the Soviet occupation in 1979.

“School and education for children of Afghanistan is something that is so valuable, so precious, that they have been deprived of throughout the wars,” says Akbari. “This is not a matter of days or months or years, but decades that Afghan children have been deprived of going to school, of being able to receive any sort of education.

“They were targeted; there were attacks. And then those schools that were operating, especially girls’ schools, were burned down by organisations, including the Taliban, just to send their message that it’s not accepted.”

Among those in Afghanistan still fighting for the cause of education is Pashtana Durrani. Having fled the country when young, Durrani grew up in Pakistan refugee camp, where her parents and aunt opened a school.

After moving back to Afghanistan, she founded LEARN, a not-for-profit organisation that aims to provide quality education to all Afghans, particularly girls and children in regional areas. She remains LEARN’s executive director, and has chosen to stay in Afghanistan after the Taliban’s return.

“My staff members on the ground in the city tell me that the classes from class one to class six are still functional,” she says. “Class seven to class 12 are not, and they are hoping they will open up in the next two weeks. But I’m still very sceptical, because they have been saying this for the past four months, but they haven’t been standing by their word.”

To counter such impediments to traditional education, LEARN is pushing for new approaches to learning. While living in Pakistan, Durrani visited relatives in Afghanistan’s Kandahar province and noted that parents couldn’t afford to send their boys to school, and it was unsafe for girls to go to school, so a lot of the children’s learning came simply from watching TV.

It was an observation that stuck with Durrani and, as a result, LEARN is trying to bring digital learning to these communities. It aims to providing a tablet to every family to allow children to access online learning, and it hopes to collaborate with SpaceX’s Starlink satellite network to provide free internet access.

“Wherever you are, if the Starlink antenna is there, you can connect with it, and this page pops up and you continue learning – it doesn’t matter who is in power,” she says.

For Akbari, however, even thoughts of online learning and internet access for students feel like luxuries against the more basic obstacles to education in Afghanistan, where the most rudimentary of resources can be lacking.

“By resources, I am not talking anything about something in the science lab or the engineering or the computers,” she says. “I’m only talking about a qualified teacher, a blackboard or a whiteboard and chalk and a book to teach these students.

It’s this inequity, she says, that is preventing many Afghans from being able to pursue higher education, with students required to sit a competitive entrance exam to attend any of the country’s 65 universities.

“There are people without a blackboard or chalk – they still (have to) compete on the same levels,” Akbari says. “There is no consideration for students from disadvantaged backgrounds. They all have to compete and find their way to one of the universities.

“Throughout my travels, the students competing for those exams were studying day and night. One of my cousins, he had a rope around his neck [while] studying, so that whenever he fell asleep, the rope would choke him, and that would wake him up so he would continue to study.”

Like many observers, Durrani and Akbari note the particular difficulties Afghan women now confront in securing an education, with gender segregation rules enforced by the Taliban likely to limit higher education possibilities.

“Not a lot of girls do enrol in university,” says Durrani. “Now imagine that in a class of around 50 or 40 students – which is a very normal number in universities – only nine or 10 are girls. Now Taliban are saying, ‘okay, let’s segregate classes’. Now 41 students will go in one class, which a male teacher with experience will teach, because he had the privilege to go to university, become a PhD, doctor or whatever, and is known in his field.

“Now the nine girls are expected to learn from a female teacher. Where do you find a female teacher in IT or in STEM or electrical engineering? And even if we find it, who is paying the extra bills for the electricity, for the rent, for the resources…?

“I personally feel like the Taliban will discourage women in STEM.”

Akbari sees the difficulty women face in securing an education as still more societal and ingrained.

“When it comes to girls’ education post-2001, I don’t give the credit to US, to Australia, to the international community, or to the Afghan democratic government or their families. I give the credit to these girls, because they had to fight their way through to their schools, step by step, convincing their dad, their brother, their cousin, their uncle, because everybody has a say on you if you’re an unmarried girl in Afghanistan.

“Whatever decision you make as a 14 or 15 year old can have an impact on your family. And I think that’s such a big responsibility on the shoulders of these girls.”

Originally published by Cosmos as Not a science story: education in Afghanistan