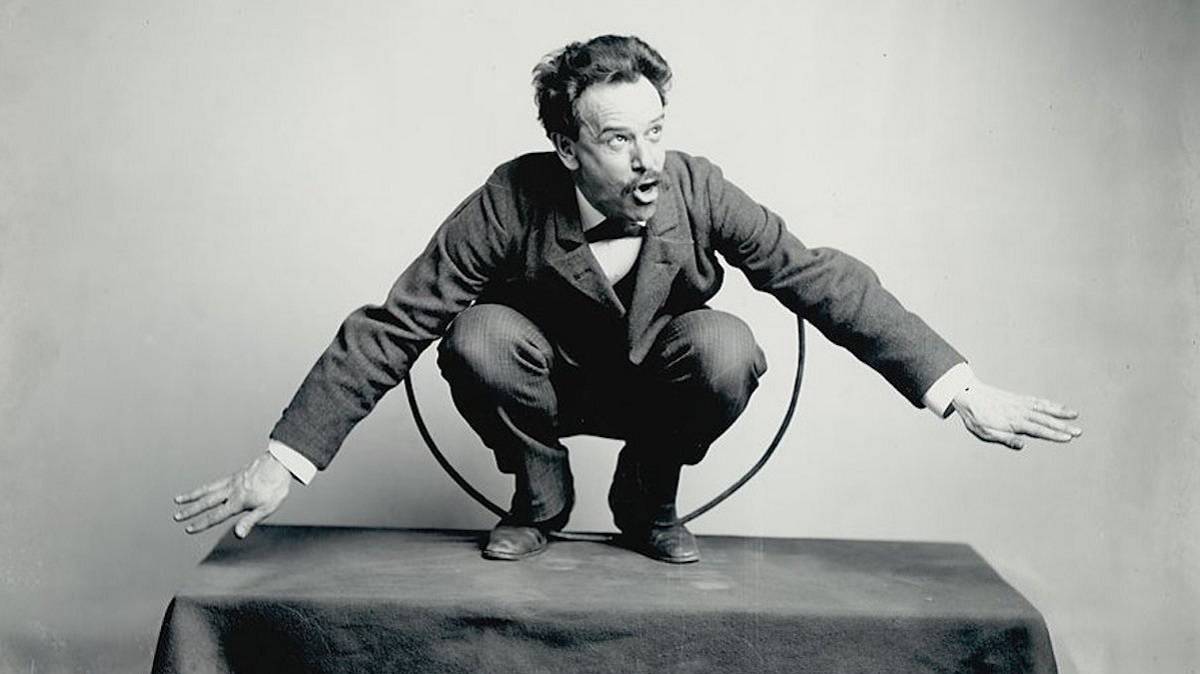 In his 1996 book Rethinking Race: Franz Boas and His Contemporaries, Vernon J Williams Jnr says: “Since the 1950s, historians and historically minded social scientists have celebrated the monumental role that France Uri Boas played in eviscerating the racist world view that prevailed in the American social sciences during the years before 1930.”

In its 1942 obituary for Boas, Science magazine says, “America loses one of its great scientists”.

The US-centric focus on Boas seems a bit odd, considering he was born in Westphalia, in the German kingdom of Prussia, into a non-religious Jewish family, on 9 July 1858.

His education also perhaps didn’t point to a meaningful career in anthropology. He studied at universities in Heidelberg, Bonn and Kiel, focusing on physics, geography and mathematics, and his 1881 doctoral dissertation was on “the nature and the colour of seawater”.

His first act after graduating, Science says, was “typical of the man”. In 1883, he financed an expedition by arranging with Berlin newspapers to act as their Arctic correspondent. He began his field research on Baffin Island, off the northern coast of Canada, living among Inuit communities.

“He had already arrived at his life-long conviction that for most scientific problems, mere examination of the existing data or cunningly devised laboratory experiments are not enough; he saw the necessity of gathering new first-hand material on conditions as they actually exist in human experience. He wanted, in fact, to investigate seawater and ice under winter conditions in the Arctic.

“He returned with an abiding conviction that if we are ever to understand human behaviour, we must know as much about the eye that sees as about the object seen,” Science says.

In 2019 the NPR network produced a segment titled “How one anthropologist reshaped how social scientists think about race”. The discussion centred on a new book by Charles King, a professor of international affairs at Georgetown University, in Washington, DC, titled Gods of the Upper Air: How a Circle of Renegade Anthropologists Reinvented Race, Sex, and Gender in the 20th Century.

One of the key figures in the book is Boas. “He was a revolutionary because at the time he started doing this new kind of social science, which he and his students had to name as cultural anthropology, there was widespread consensus about this idea of cultural, racial, gender hierarchy – that the natural order of the world was one in which you had folks at the top and folks at the bottom, and you stayed in those categories over the entirety of your life, and those categories were inheritable,” King told NPR.

“So from literally cradle to grave, you work inside this hierarchy. And he worked very hard to teach people that that was a product of our own society, not of God or nature.”

Beginning in April 1897, Boas led a five-year study, the Jesup North Pacific Expedition, which Marguerite Holloway describes in the journal Natural History as “one of the largest and most ambitious anthropological field research efforts of its time”.

In her 1997 paper, titled “The Paradoxical Legacy of Franz Boas”, Holloway says his later studies, “which demonstrated great physical differences between first-generation European immigrants and their American children, reinforced Boas’s conclusion that the ‘old idea of absolute stability of human types must… evidently be given up, and with it the belief of the hereditary superiority of certain types over others’.

“This egalitarianism, articulated in 1911, is one of the characteristic components of Franz Boas’s legacy. It is a legacy that remains strong today, despite occasional scholarly attempts to reassert rankings of so-called races – almost always with Caucasians at the top of the ladder.”

Boas spent 50 years studying the native populations of North America, and because so much of his research took place there, he emigrated to the US in 1887.

In 1899 he became a professor of anthropology at Columbia University, in New York, where he remained for the rest of his career, establishing the first PhD program in anthropology in the US. Among his most noteworthy students were Ruth Benedict, Margaret Mead and Zora Neale Hurston.

As Holloway alludes, because of the sensitive nature of studies regarding race and culture, Boas’s conclusions have come under intense scrutiny, with some researchers casting doubt on the reliability of his data. Other contemporary reviewers dislike his egalitarian view of racial equality.

Regardless, Boas made profoundly important contributions to our understanding of race and culture across all of humanity.