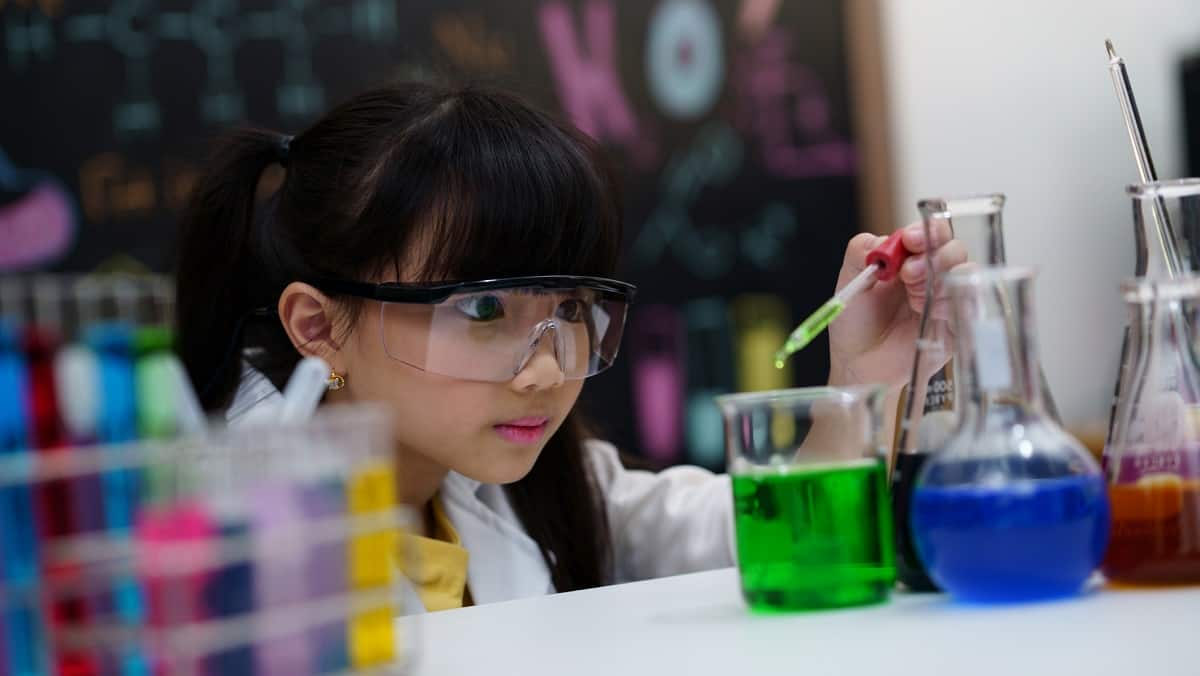 What is a scientist? Well, that can be hard to define, so we went to ask the real experts: children!

Here is what some Cosmos kids had to say (verbatim).

A scientist is somebody who does experiments and tests stuff. And they use beakers and study stuff too. And they work in labs – its super cool and sometimes dangerous!! Sometimes they try to make cures.

As a rocket scientist I would work at NASA that would be EPIC!!! I would also make a hyperspace engine that makes the rockets go faster than the speed of light. I would game whilst chasing nukes that are trying to blow up the planets and write a code to stop it. And I would also do experiments!!! A paleontologist would be cool too because then I could dig up bones, but I would have to be very careful. Astronauts would be cool so I would probably be one. Tough choice… astronaut gamer or rocket scientist?

A scientist can make magic, like spells for your own shop – or you can make your own disappearing spells, and spells to make you go somewhere else.

I think a scientist is someone who tries to understand how things work in the world by doing experiments and research, making observations, and trying to find answers to questions other people do not know.

A scientist is somebody who works with chemicals.

A scientist does experiments with lots of coloured liquids, mixing stuff maybe to make bombs.

I don’t know what a scientist is.

Originally published by Cosmos as Cosmos kids answer: What is a scientist?