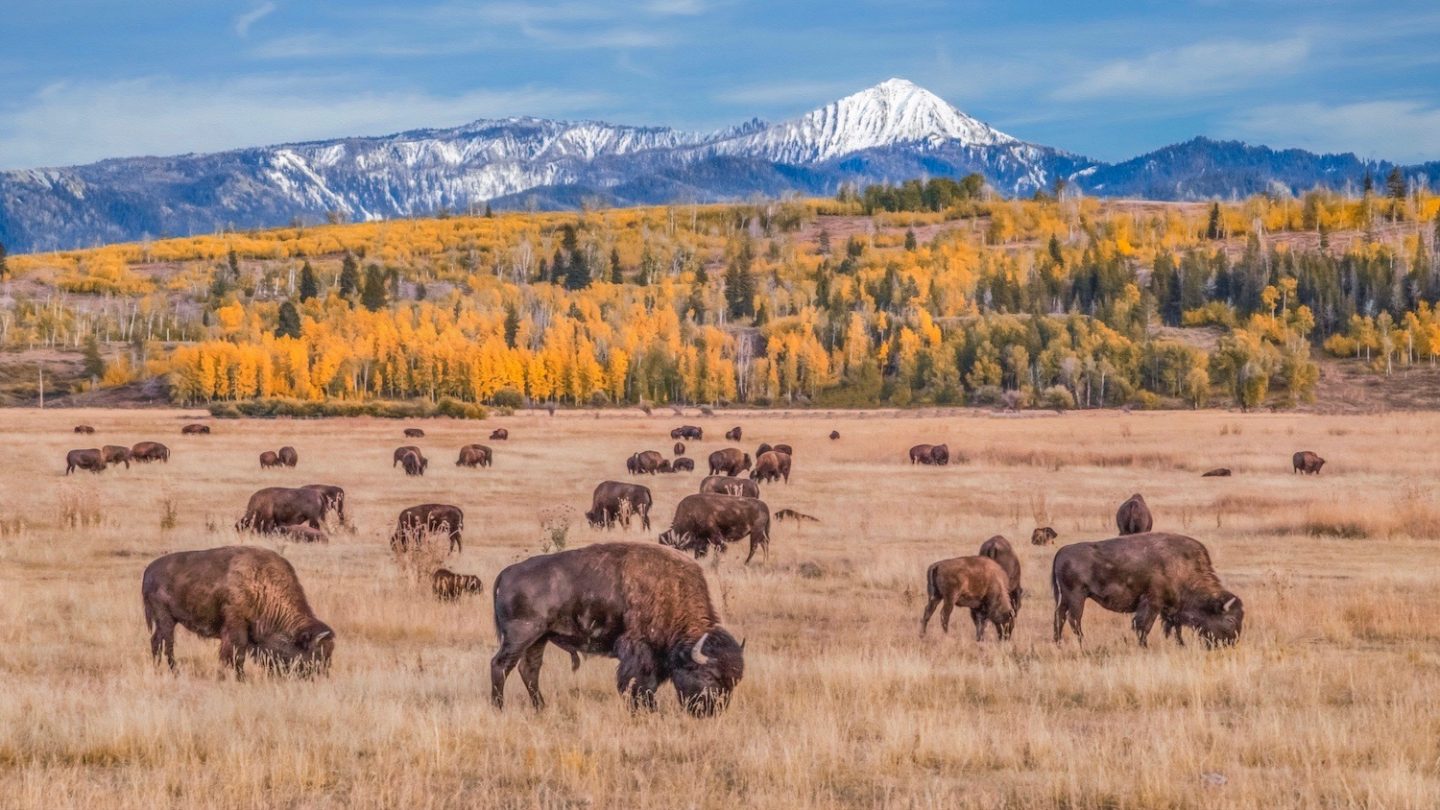 Bison come in both genders, so why are the fossils we find normally male? Credit: Mark Perry / Getty Images

When you dig up an ancient bison leg, you’d be forgiven for thinking that the odds of it being a bull versus cow leg were roughly equal.

But you’d be wrong. Around 75% of bison fossils are male, according to a new study in Proceedings of the National Academies of Sciences.

The bizarre finding grew out of an unexpected observation by ancient DNA researchers at the University of Adelaide, Australia. When ancient DNA is analysed, specimen sex is also determined as part of normal sample processing.

When bison samples seemed to more often come back as male, Bastien Llamas and his colleagues began wondering why.

“It’s something usually we don’t really look at carefully,” he says. “And it seemed like the numbers were too high. I mean, like 75% males, it’s just not normal.”

When another group published a paper that found 72% of mammoth remains were male, they figured should take a closer look.

In the case of the bison, it seems that – like the mammoths – the herd structure explains the anomaly.

Bison herds usually consist of one dominant male surrounded by a gaggle of females. Less dominant males leave the herd to find a herd of their own or form bachelor groups.

“A lot of those males are going to be roaming around the landscape and they’re going to do silly stuff. They have on average more dangerous behaviours or they would be exposed to more predators,” says Llamas.

The upshot of these foolhardy males galumphing all over the place is that when palaeontologists come along millennia later looking for fossils, the chance of finding a male is greater.

On the other hand, when you find a female, it’s likely to be clustered with other females. The research team identified just a handful of such sites.

To find out what happens with animals that don’t form female herds, the team looked at brown bears.

A male bias was also found in brown bears – around two thirds of specimens were male. Males generally travel further than females, which could explain the higher male ratio. Males could also outcompete females for den sites, such as caves.

But it depended where you looked. In the alps, where females have wider ranges, only a third of specimens were male. In non-alpine regions, the overall percentage of males jumped to 75%.

The team also found widespread sex biases in mammal specimens of living and extinct species in museums. The biases often tilted towards males, but sometimes – as in the case of bats – the bias was for females.

The reasons for the biases are likely varied – and might be the result of behaviour differences in the species being studies – as is the case for bison and mammoths.

But biases in specimen collection practices could also play a role. For example, collectors could target male deer with antlers, or avoid taking females with young.

Whatever the cause of the bias, it is something that scientists should take into account, says Llamas.

“If you don’t consider the fact that your sample is like 60, 70% males, then your conclusions are probably going to be wrong,” he says.

Analyses that look at isotope levels to determine diet, for example, or differences in morphology between species, could incorrectly assume that the results apply to an entire population, rather than just one sex.