Home ■ History ■ Palaeontology ■ The dinosaur scientists thought was a fake 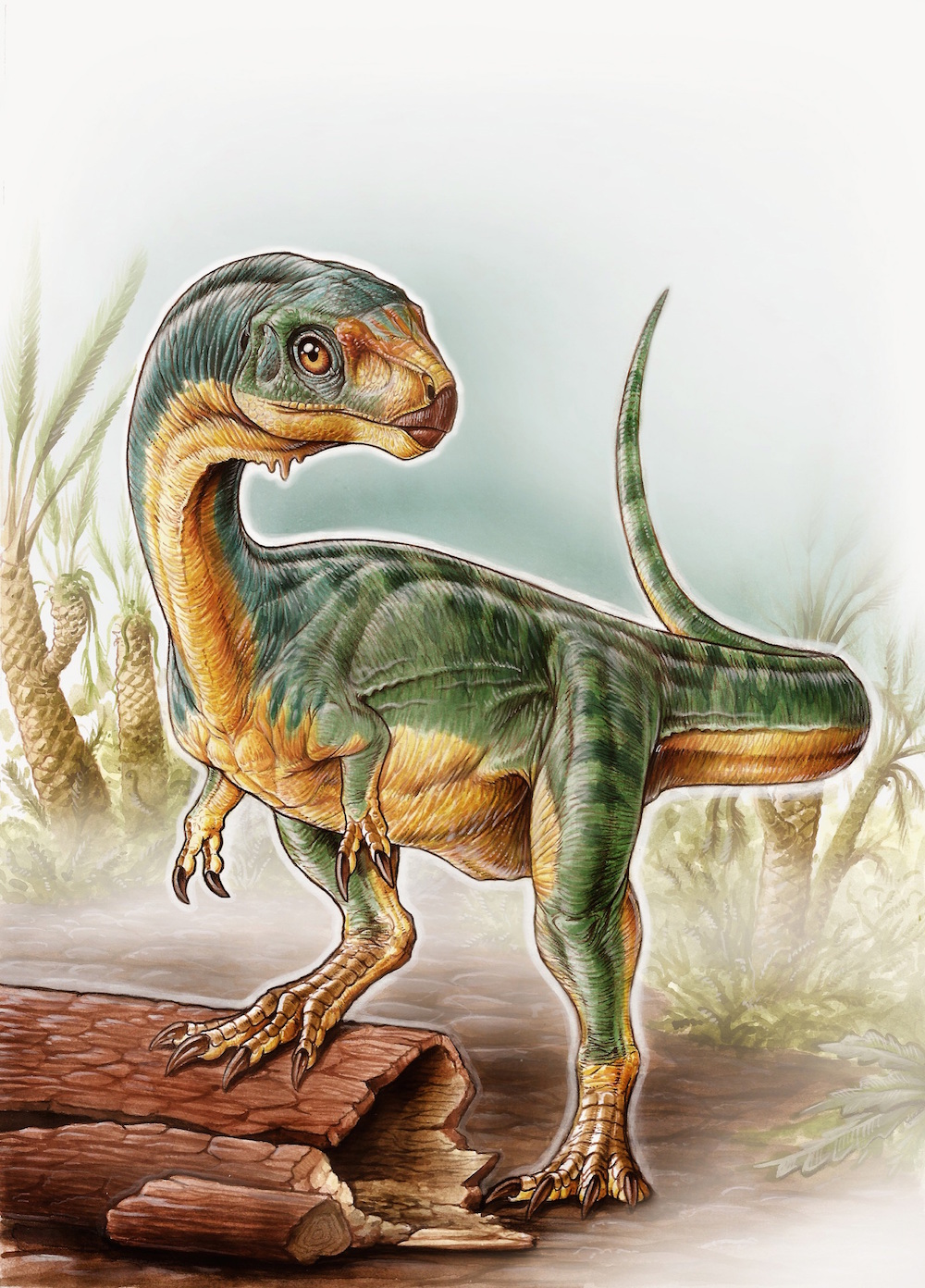 Chilesaurus diegosuarezi walked on its hind legs, had forelimbs but only two blunt fingers at the end of each, unlike the Velociraptor. Credit: GABRIEL LÍO

OK it’s not really all that like a platypus but it is just as strange. So strange in fact that, like the platypus, scientists at first disbelieved it was a real species and merely a collection of bones from several.

Fossils of the strange dinosaur unearthed in southern Chile show that it was a therapod – the same group that includes Tyrannosaurus rex and the Velociraptor. But unlike those meat-eaters, the new dinosaur, named Chilesaurus diegosuarezi, was a vegetarian with both a beak and leaf-shaped teeth. It lived 150 million years ago, was just over three metres tall had strong arms, with two fingers on each hand and was bipedal, with a bird-like pelvis. Its lineage was previously unknown.

“Chilesaurus constitutes one of the most bizarre dinosaurs ever found,” palaeontologist Fernando Novas of the Bernardino Rivadavia Natural Sciences Museum in Buenos Aires, told Reuters. He said the dinosaur was an evolutionary “jigsaw puzzle”.

“The skeletal anatomy of Chilesaurus gathers characteristics of different dinosaur groups, like a floor is composed of mosaics of different shapes and colors. No other dinosaurs exhibit such a combination or mixture of features.”

The research appears in the journal Nature.