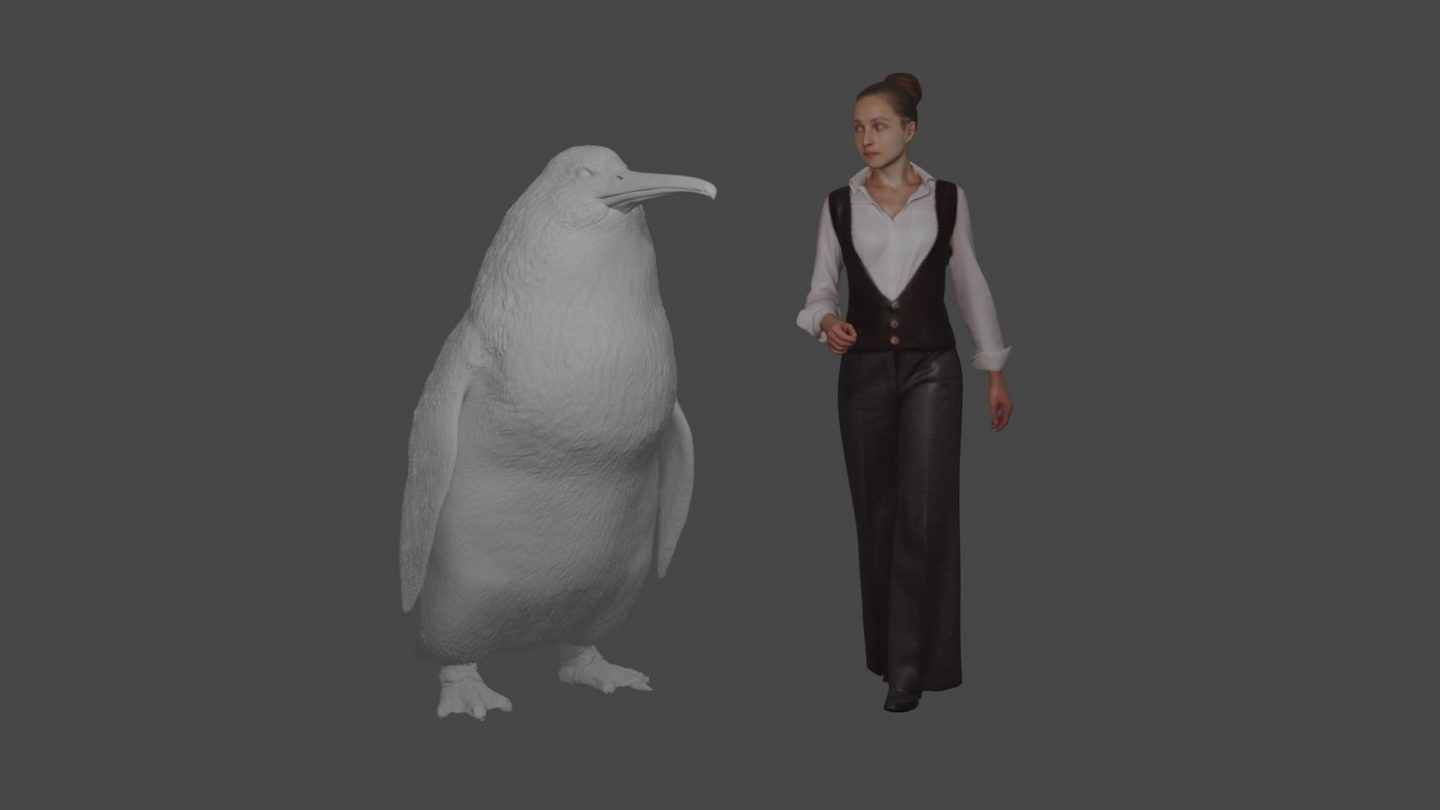 Barely a week after unveiling the world’s biggest parrot, they’ve introduced a new species of giant penguin that stood about 1.6 metres tall and weighed up to 80 kilograms.

Crossvallia waiparensis, which dates from the Paleocene Epoch, between 66 and 56 million years ago, was identified from fossils found in Waipara, North Canterbury, by amateur palaeontologist Leigh Love.

It is one is one of the world’s oldest known penguin species, as well as one of the largest – around a third bigger than the Emperor Penguin (Aptenodytes forsteri), the tallest of 18 species alive today.

As such, it “reinforces our theory that penguins attained a giant size very early in their evolution,” says Canterbury Museum curator Vanesa De Pietri.

De Pietri, colleague Paul Scofield, and Gerald Mayr from Germany’s Senckenberg Natural History Museum analysed the fossilised bones and concluded not only that they had a new penguin, but that it had Antarctic connections.

Writing in Alcheringa: An Australasian Journal of Palaeontology, they say the closest known relative of C. waiparensis is the fellow Paleocene species Crossvallia unienwillia, which was identified from a fossilised partial skeleton found in the Cross Valley in Antarctica in 2000.

“When the Crossvallia species were alive, New Zealand and Antarctica were very different from today,” Scofield says. “Antarctica was covered in forest and both had much warmer climates.”

The leg bones of both Crossvallia penguins suggest their feet played a greater role in swimming than those of modern penguins, or perhaps that they hadn’t yet adapted to standing upright like modern penguins.

C. waiparensis is the fifth ancient penguin species described from fossils uncovered at what is known as the Waipara Greensand site.

“The fossils discovered there have made our understanding of penguin evolution a whole lot clearer,” Mayr says. “There’s more to come, too – more fossils which we think represent new species are still awaiting description.”