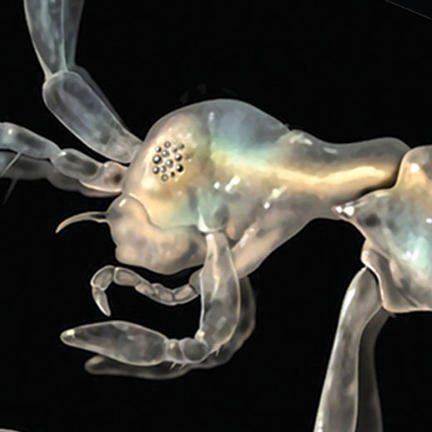 The Earth teeters on the edge of a sixth mass extinction – or so a recent study published in Science Advances has claimed.

Gerardo Ceballos from the National Autonomous University of Mexico and his colleagues calculated that by land clearing, hunting, introducing pests and burning fossil fuels humans have driven the extinction rate to 100 times the rate they believe it would be otherwise. And that’s a conservative estimate, they add.

But measuring extinction rates is not straightforward. The study only counted vertebrates – ignoring creatures such as the insects, spiders and crustaceans that make up 80% of the world’s animal species, not to mention plants, fungi and microbes.

No rule defines what constitutes a mass extinction. “The Earth’s history is punctuated with these extinction events, and we’ve known about them since the 1800s,” says Jessica Whiteside, a palaeobiologist at the University of Southampton in the UK. “But ‘mass extinction’ is a loose term. It’s generally defined as a loss of more than one major group of species, across marine and terrestrial environments, tied to a trigger like climate change.” All scientists do agree, though, that a mass extinction is an event where the extinction rate is much higher than the rate at which species die out natually.

Setting aside the vague definition, calculating the extinction rate is tricky. A logical method is to divide how many species became extinct over a certain time by the total number of species on the planet. But scientists don’t know how many different animal species exist. Estimates vary wildly. One recent example was published by University of Melbourne entomologist Andrew Hamilton and colleagues in Proceedings of the National Academy of Sciences. Hamilton calculated that the number of terrestrial arthropod species – which includes insects and spiders, and is the largest single group of animals – is around 6.8 million. That’s far fewer than the 30 million previously estimated. Beetle species alone had been overestimated by around 16 million, Hamilton calculated (caused, in part, by assuming that beetles were pickier about which trees they lived in).

Vertebrates, by comparison, are relatively easy to find, identify and count – plus it’s more obvious when they disappear. “We can calculate the extinction rate pretty accurately for birds and mammals”, and other vertebrates, says Duke University ecologist Stuart Pimm. Twenty years ago, Pimm and his colleagues came up with the statistic extinctions per million species per year – “a bloody awful mouthful!” he admits – as the standard when talking extinction. “But what do we know about other taxa, such as all of those bloody beetles? The answer is: we don’t.”

Which is why, for his recent study, Ceballos stuck to vertebrates. He took vertebrate extinction rates from the International Union for Conservation of Nature Red List of Threatened Species, which rates species on a scale from “least concern” to “extinct”. To be classified extinct, there must be no reasonable doubt that the last individual of a species has died.

But are today’s extinction rates higher than normal? Delving into the fossil record allows researchers to establish the rate at which species die out naturally. Again, vertebrates, with their hard bones, are our best gauges for calculating these “background” extinction rates. The hard yet brittle exoskeleton of a beetle, for instance, is easily crushed and doesn’t fossilise well.

Even using a background extinction rate of two mammal extinctions per 10,000 species per year – twice as high as previous estimates – the number of vertebrate species verified as “extinct”, “extinct in the wild” and “possibly extinct” over the past century was 114 times higher than the background rate, Ceballos calculated. Instead of 477 vertebrate species dying out since 1900, only nine would have become extinct without humanity’s influence.

But, Hamilton says, we’re still in the dark for other groups of species – beetles, snails and spiders, for instance. “We just don’t have background rates for terrestrial arthropods. They don’t fossilise well, being soft and squishy.

One day we might have a better idea of the history of the soft and squishy. Mathematical modelling by French National Museum of Natural History taxonomist Claire Régnier and colleagues used the extinction rate of land snail species to extend extinction rate calculations beyond vertebrates. Their results, also published in Proceedings of the National Academy of Sciences, suggest we may already have wiped out 7% of all animal species on Earth – a staggering 130,000 species extinct.

At the tiniest end of the spectrum, Whiteside and other palaeobiologists are trying to track extinction rates of microbes, looking at microbial populations from millions of years ago by measuring chemical signatures they left in ancient rocks. “They’re all different parts of the puzzle,” she says.

For now, though, even using the big bony vertebrates as our extinction yardstick, the outlook for many of our cohabitants on Earth is bleak.

Ceballos says we’ve not yet reached the point of no return, but the “window of opportunity is rapidly closing”. Unless we turn our unsustainable, planet-plundering ways around, it’s not beyond the realms of possibility Homo sapiens will be another species lost to the sixth mass extinction.