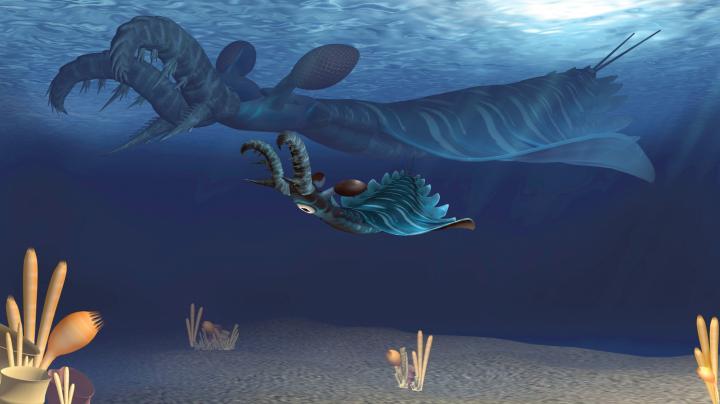 During the Cambrian period, some 500 million years ago, the peak ocean predators were members of a group of invertebrates known as Radiodonta – arthropods with a lot of teeth and which could grow up to a metre long.

Writing in the journal National Science Review, a team of palaeontologists led by Jianni Liu from China’s Northwest University describes the first juvenile radiodontan ever found – and, size notwithstanding, it turns out to be one scary beast.

Liu and his colleagues reveal a creature that was only 18 millimetres long when it perished. A member of the radiodontan species Lyrarapax unguispinus, the specimen was an “instar” – a juvenile arthropod between moults.

Don’t go assuming that a baby radiodonton was, in the manner of a baby wolf or a baby lion, bug-eyed and cute, yet to develop the impressive predatory weaponry of its parents. Juvenile L. unguispinus came complete with all adult accessories, including spiny grasping appendages and a full complement of teeth.

The evidence, writes Liu and his team, shows that the species “was a well-equipped predator at an early developmental stage”.

This in turn indicates that raptorial feeding – that is, securing prey by violent means – was an early evolutionary development, in place by half a billion years ago.

This latest piece of fossil evidence adds weight to the theory that predation was a major factor in fuelling the evolutionary arms race that became known as the Cambrian Explosion.