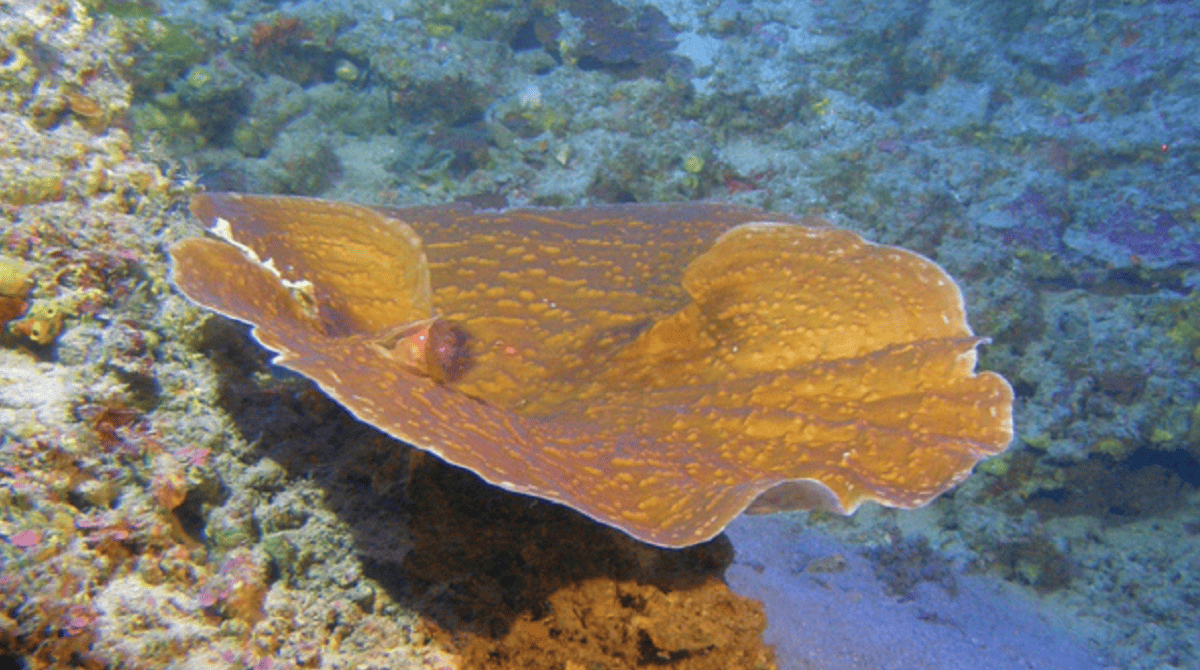 A colony of Leptoseris hawaiiensis 95 metres down in the Au'au Channel. Credit: HURL, University of Hawaii
More on:
corals

Deep sea corals may not be as inhibited by a lack of light as scientists had assumed.

New research led by the University of Hawaii suggests that even those living on the brink of darkness have surprising growth rates thanks to their ability to dominate in their preferred habitats.

And that, they argue in a paper in the journal Coral Reefs, has important implications for their ability to compete for space with slower growing organisms.

“It also illustrates the flexibility of reef building corals and suggests that these communities may be able to develop and recover from mortality events much faster than previously thought,” says lead author Samuel Kahng.

It’s not an easy thing to study, given the logistical challenges of performing traditional time series growth measurements at depths greater than 70 metres.

Instead, Kahng’s team, working with the Hawaii Undersea Research Laboratory (HURL), the Waikiki Aquarium, National Taiwan University and Japan’s Hokkaido University, used uranium-thorium radiometric dating to determine the age of coral skeletons at multiple points along their radial growth axis – much like one determining a tree’s age from its rings.

Using the HURL’s submersibles, they first collected colonies of Leptoseris – coral species that dominate in the deepest reaches throughout the Indo-Pacific – at depths of between 70 and 110 metres in Hawaii’s Au’au Channel.

At the lower end of this range, the sunlight available is less than 0.2% of surface light levels.

“Considering the low light environment, the previous assumption was that large corals at these extreme depths should be very old due to extremely slow growth rates,” says Kahng.

“Surprisingly, the corals were found to be relatively young, with growth rates comparable to that of many non-branching shallow water corals.”

Growth rates were measured to be between 2.4 centimetres per year at 70 metres depth and 0.7 centimetres at 110 metres. Previous research has suggested it is more like 0.1 centimetres for one species of Leptoseris.

The research team found that the corals’ thin skeletons and plate-like shape allow for an efficient use of calcium carbonate to maximise surface area for light absorption while using minimal resources to form their skeleton.

They only grow radially outward, not upward, and do not thicken over time like encrusting or massive corals.

“In some cases, these ridges form convex spaces between them which effectively trap light in reflective chambers and cause light to pass repeatedly through the coral tissue until it is absorbed by the photosynthetic machinery.”

Originally published by Cosmos as Some corals flourish, even in the dark